When you think of colors in casual wear, the main ones you think of are green and brown.  But where does navy blue fit into this? Let’s explore. 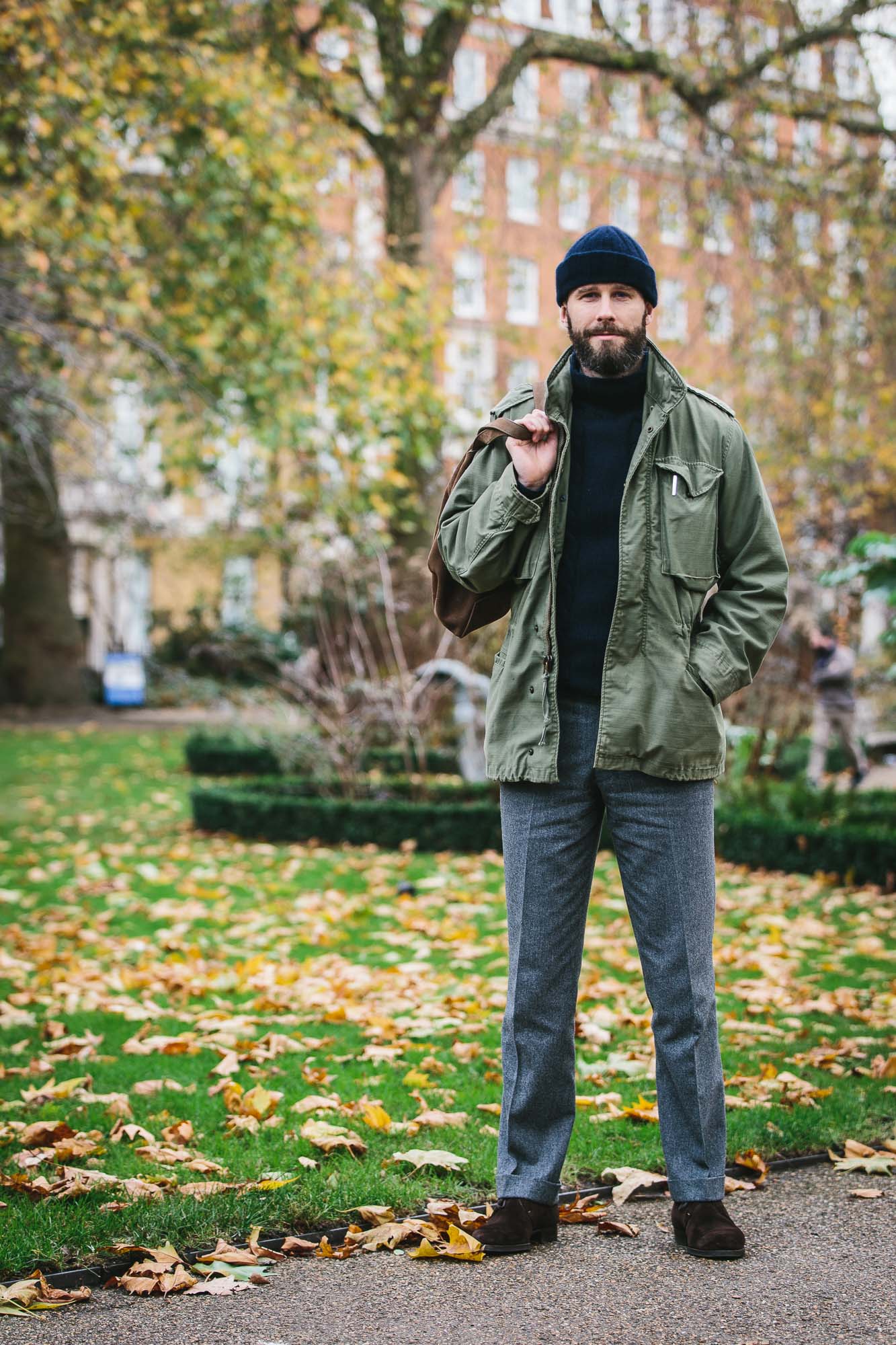 So firstly, a lot of the pieces we’ve explored on the blog have been military in origin: the gurkha, safari jacket, G-1, and the A-1 to name a few. And as you’d expect they were almost always found in shades of brown or green, most obviously a tactical choice in order to blend in with nature.  But apart from the military connotations, it’s resulted in us characterizing these earthy shades as casual colors. When they’re done on clothing, whether it’s outerwear or a tweed or flannel jacket, it becomes casual as a whole for us, putting other colors like grey and navy in a different category. A formal one. 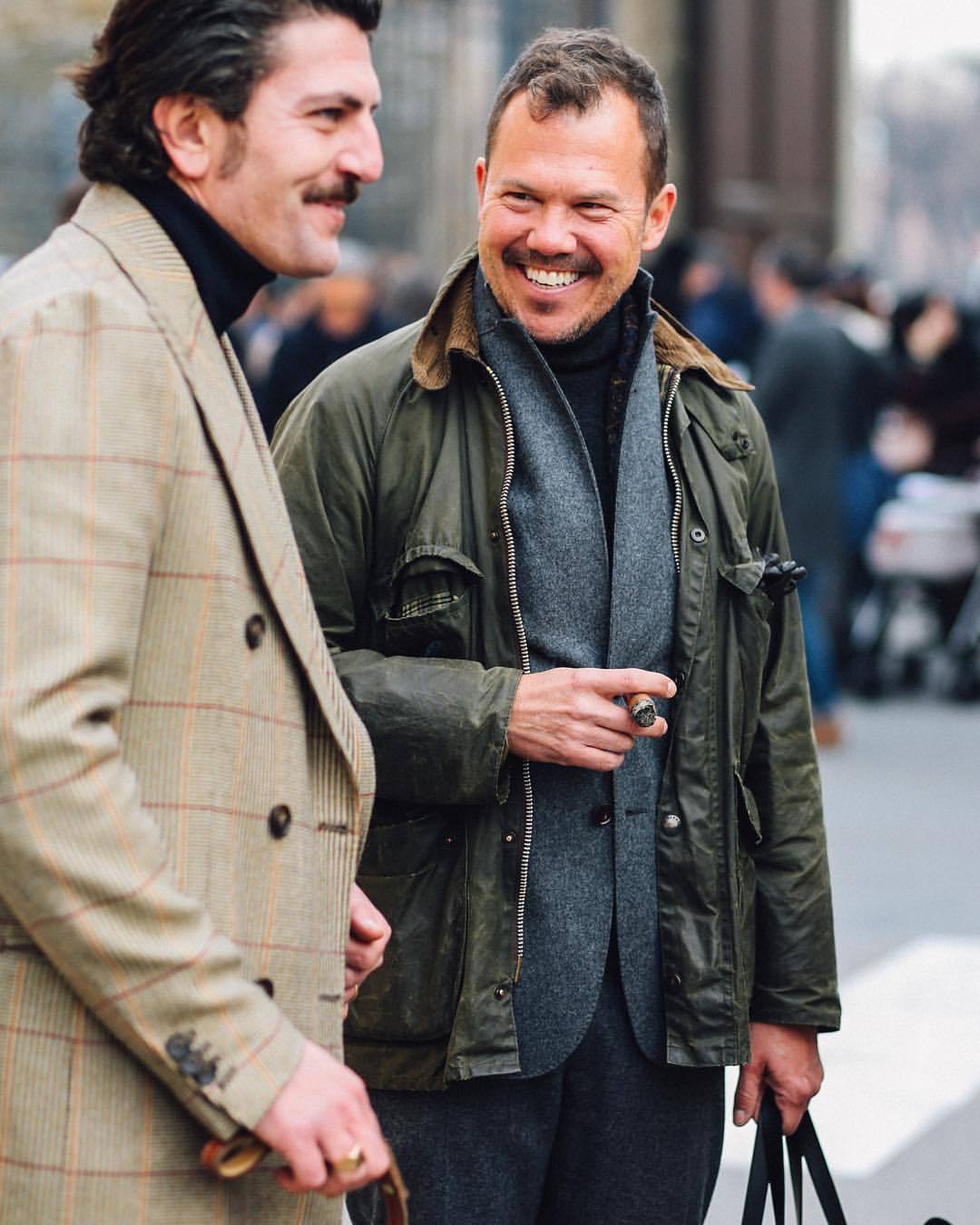 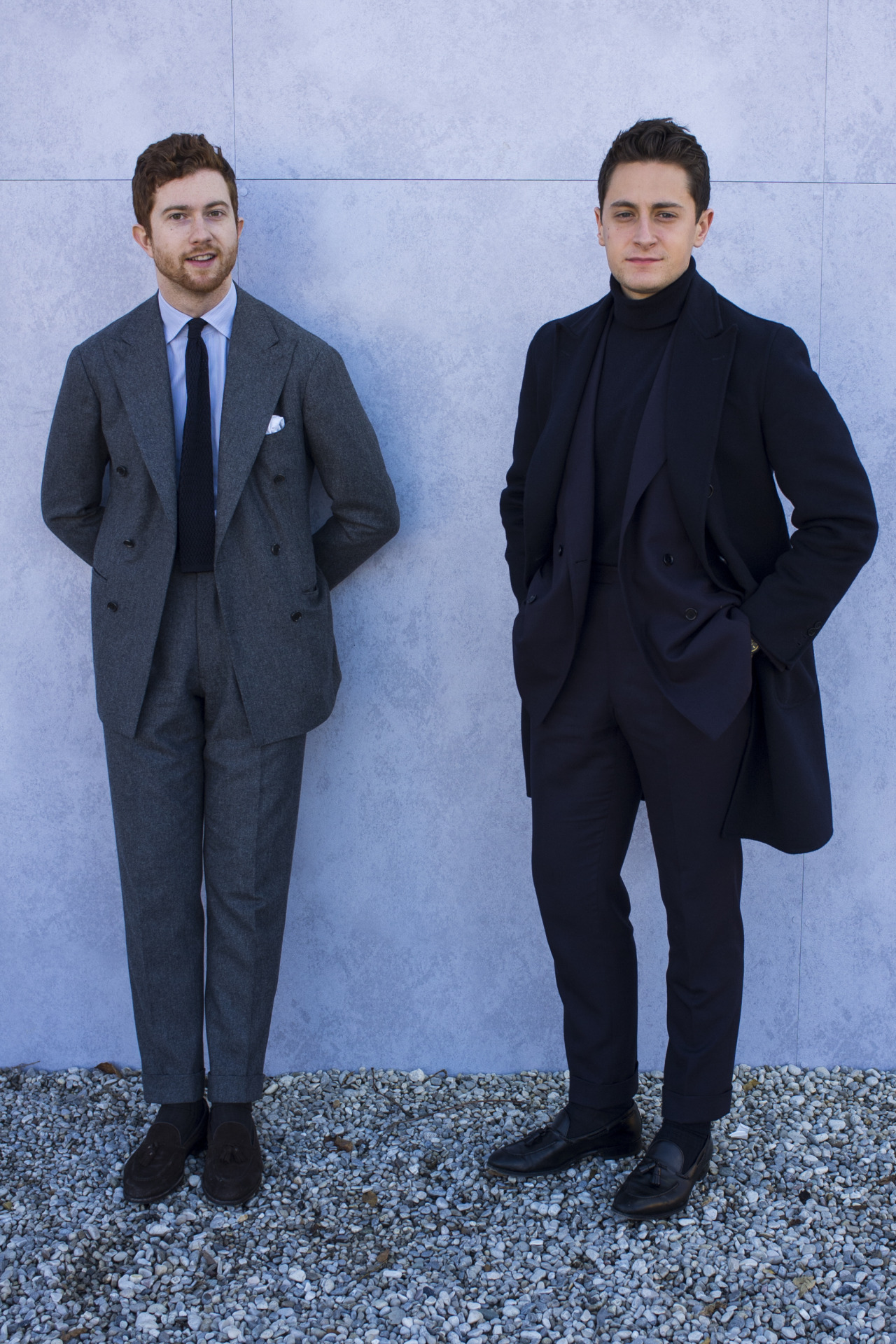 Now formal vibes aren’t bad in menswear, because I truly think that navy blue truly is amazing; it’s one of my favorite colors to wear.  When you look at it, it has a darkness and a richness that is simply more beautiful than grey (the other menswear favorite), which I tend to find pretty boring in comparison. It’s even better than black, since navy is an actual color and not just “darkness”.  In essence, Navy blue plays with other colors (either by grounding or adding contrast), which is what you need out of a versatile shade in your wardrobe. It’s still conservative, but instead of being flat and corporate, navy blue just has a life to it, akin to an ocean on a dark night. 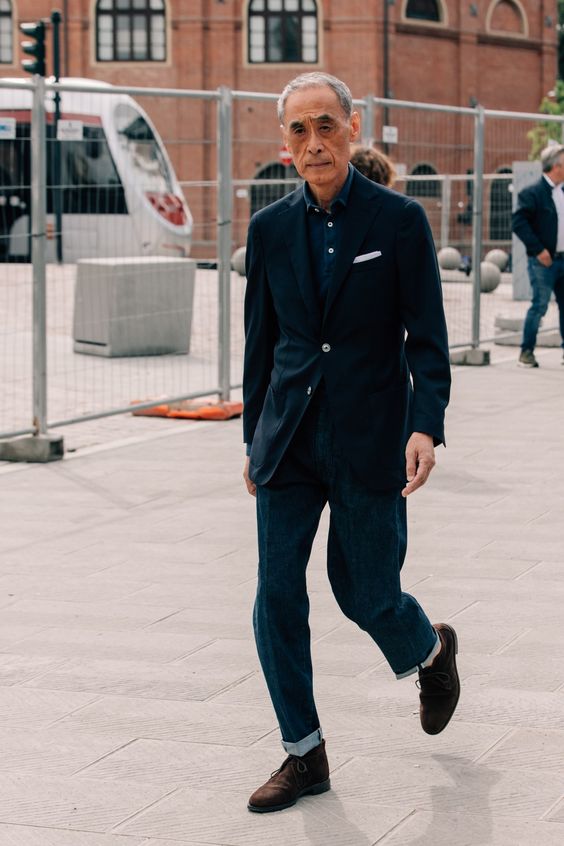 Now it is due to these qualities that make navy one of the best choices in tailoring.  It’s necessary for your trusty blazer, business suit, and even your choice of sock. Using it to dress up is a no brainer, but it seems to be an odd choice for casual wear. And that’s why we like it, because when you look back, you’ll realize that assigning colors to formality or “vibes” is simply arbitrary.  Green and brown may be great for casual jacketing, but that doesn’t mean you can’t get a great suit or sportcoat in that same shade. And at the same time, navy should be seen as an acceptable option for dressing down! 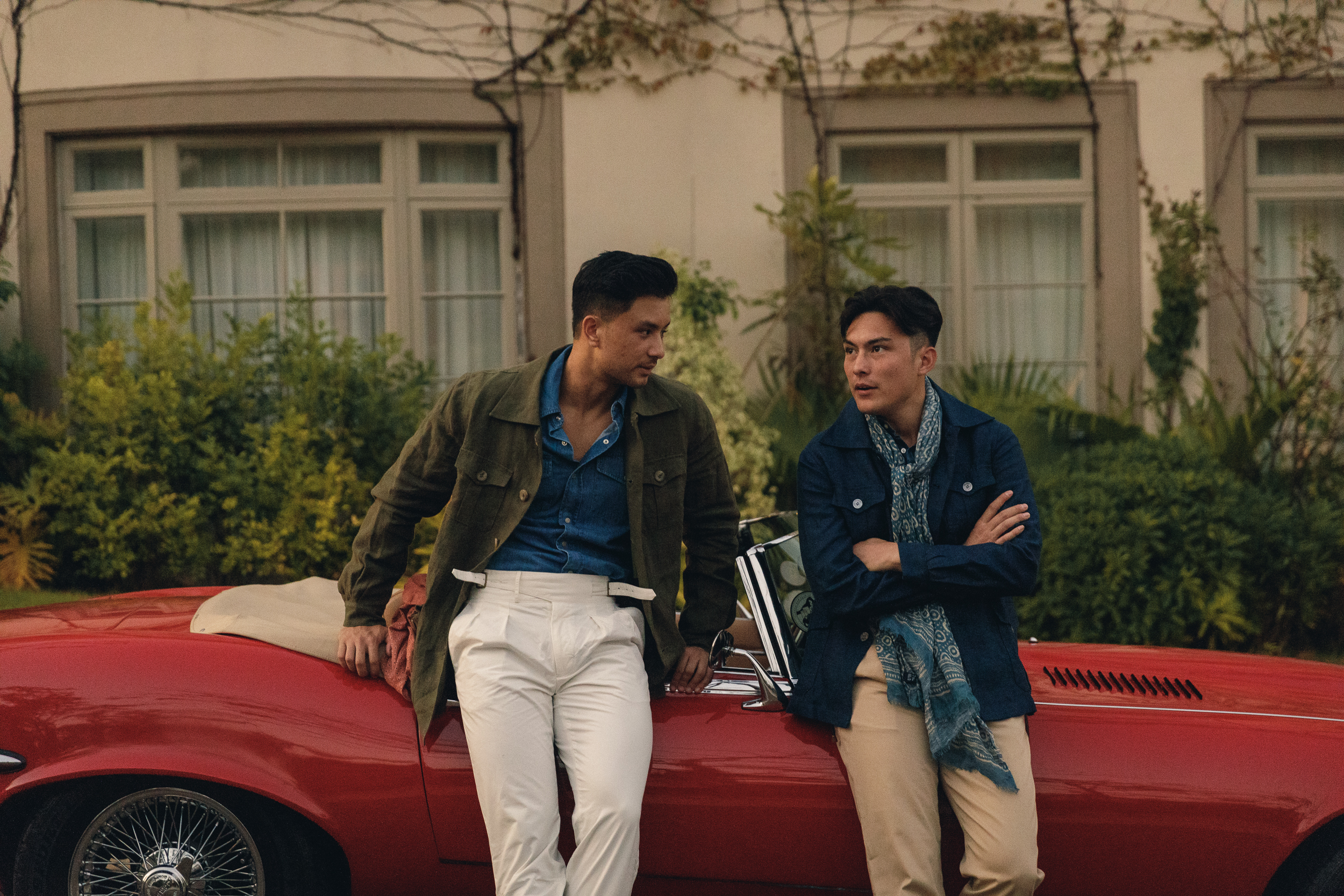 Green is cool, but navy is serious (and looks great). 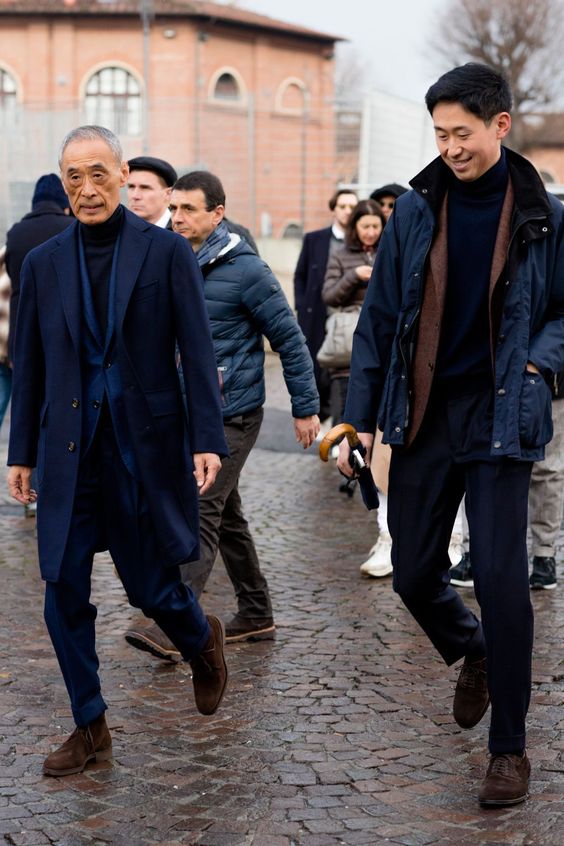 To us, the use of navy blue  in casual wear is just badass.  It brings its roots of traditional and infuses it with a rugged, casual vibe, making for a rebellious look. That’s why a navy tee shirt looks so much slicker than a plain white tee (though plain tees are great); elevate that to a navy turtleneck and you’ve got one of the best sweaters you can ever wear.  Navy gurkhas provide the same effect when compared to normal khakis, giving you a slim and sleek profile, making them perfect to pair with any jacket and any footwear (like a slick white sneaker or a pair of loafers). It's probably the go-to color for a monochromatic attire!  In any case, choosing navy is an edgier option that is unexpected yet smooth. That’s why we like to push it for our custom outerwear. 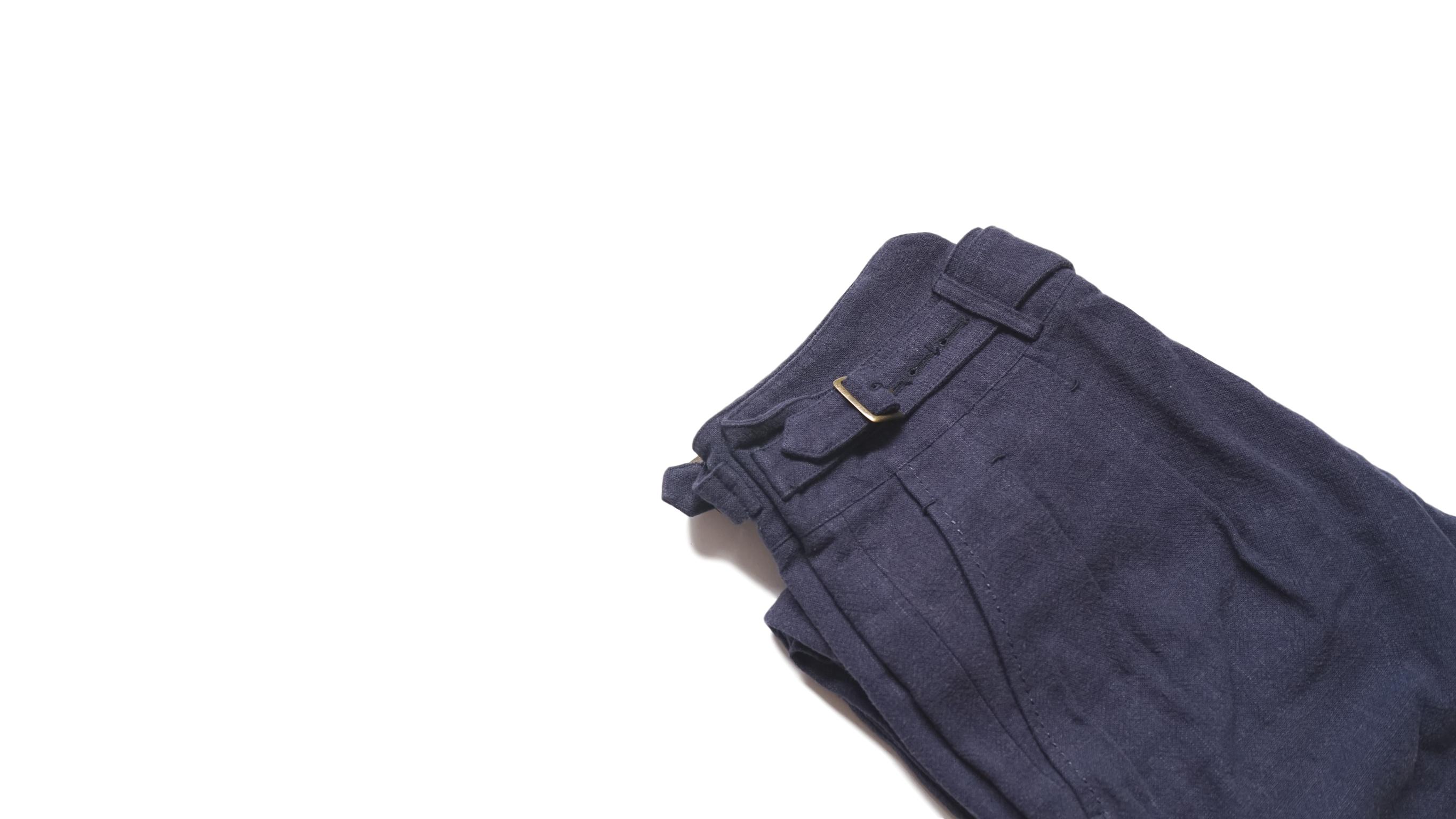 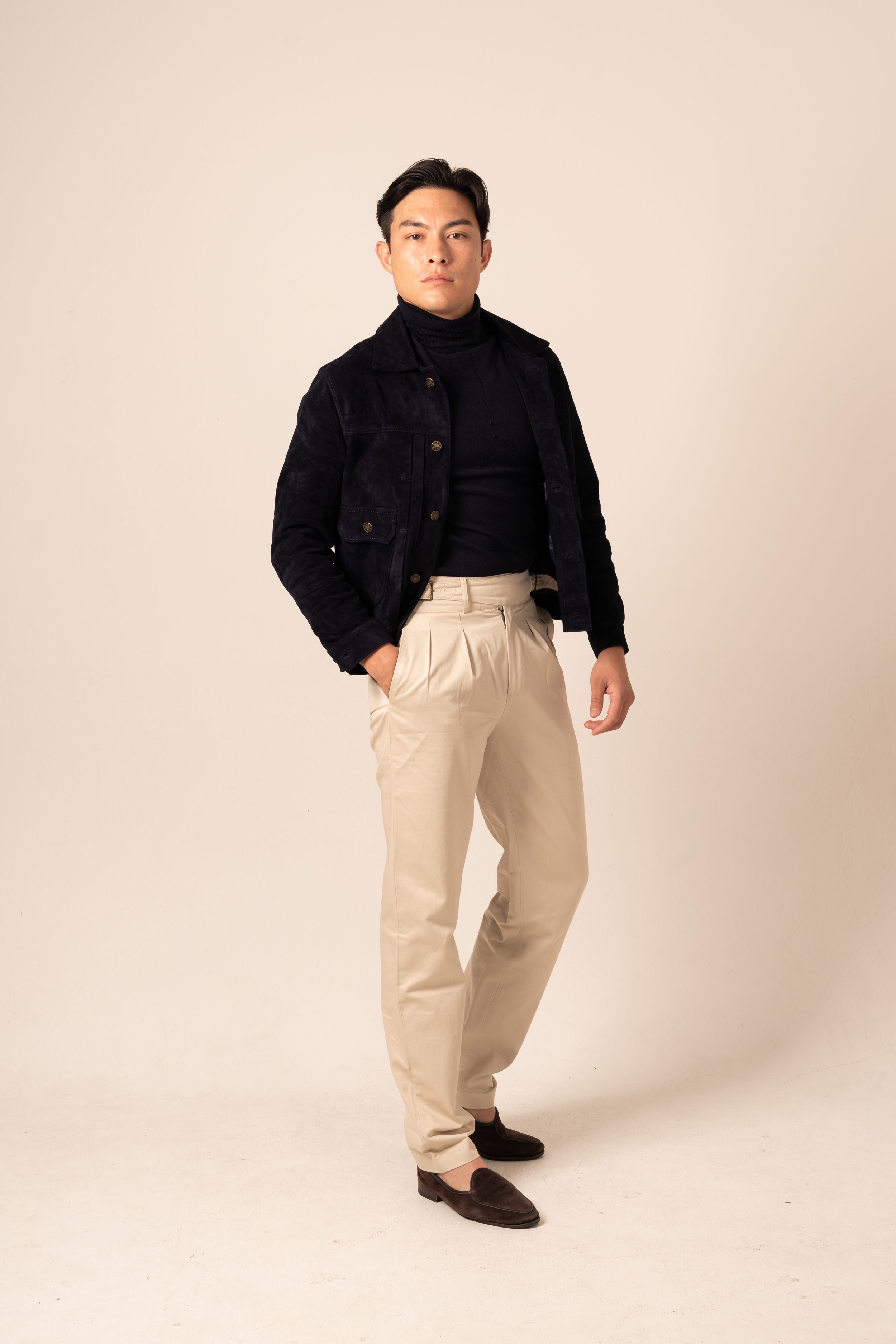 Our trucker jacket in navy suede. Much more slick than the typical brown.

Using navy leather or suede on a safari jacket or an A-2 is truly a subversive, yet cool option.  Like we said earlier, most of our jackets are military in origin and as a result, shades of brown and green are the most popular to use, whether it's for a linen safari, a leather bomber, or a suede blouson. Tobacco suede is our most popular colorway, but navy is just different, especially since navy isn’t traditionally used for casual outerwear.  Seeing it used on any of our pieces gives it a new vibe, one that is casual due to its details but as crisp as a navy suit due to its color. A navy safari jacket or bomber becomes less of a milsurp vibe and more of something perfect for date night or a semi-elegant evening. It’s dark, but in a great way. 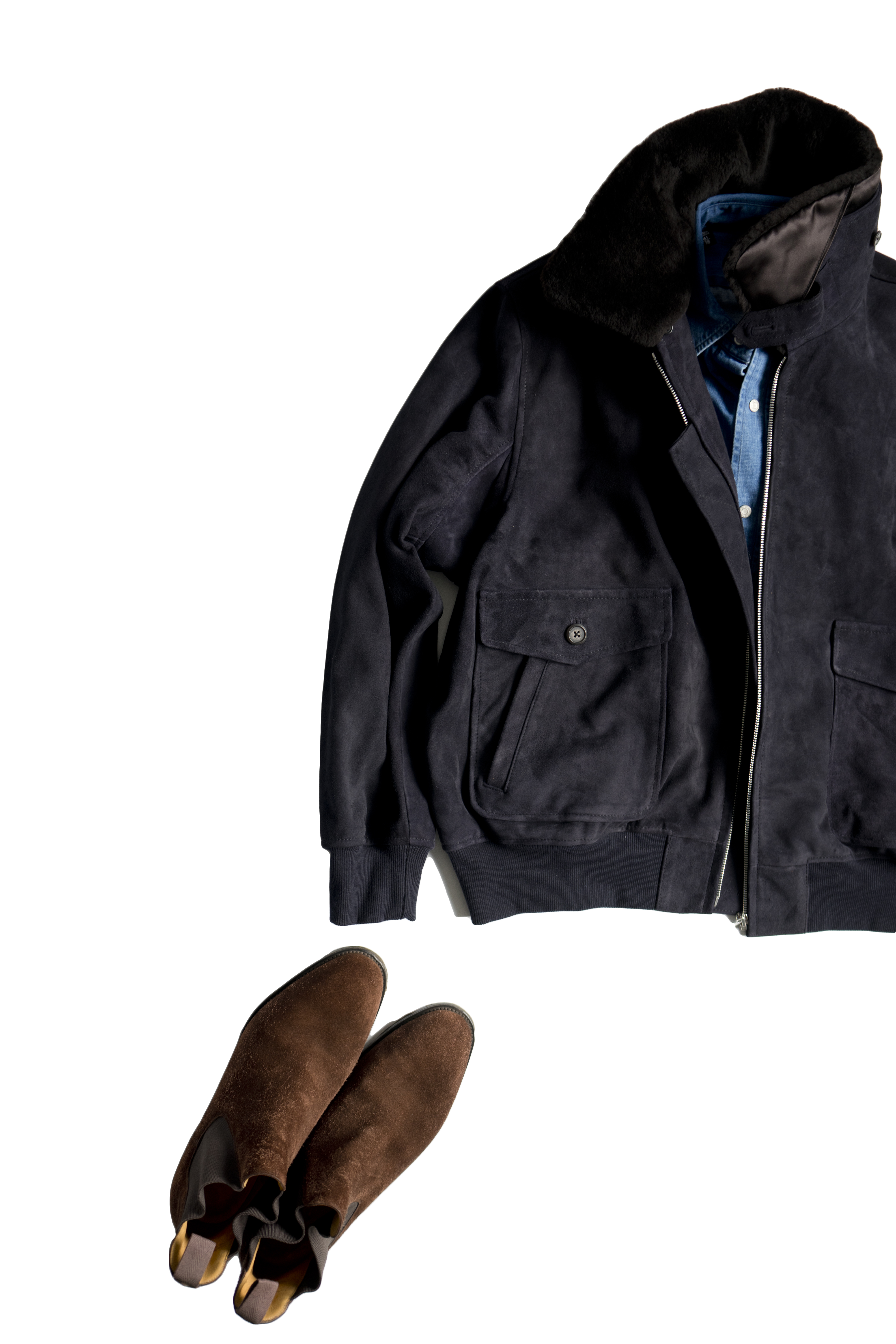 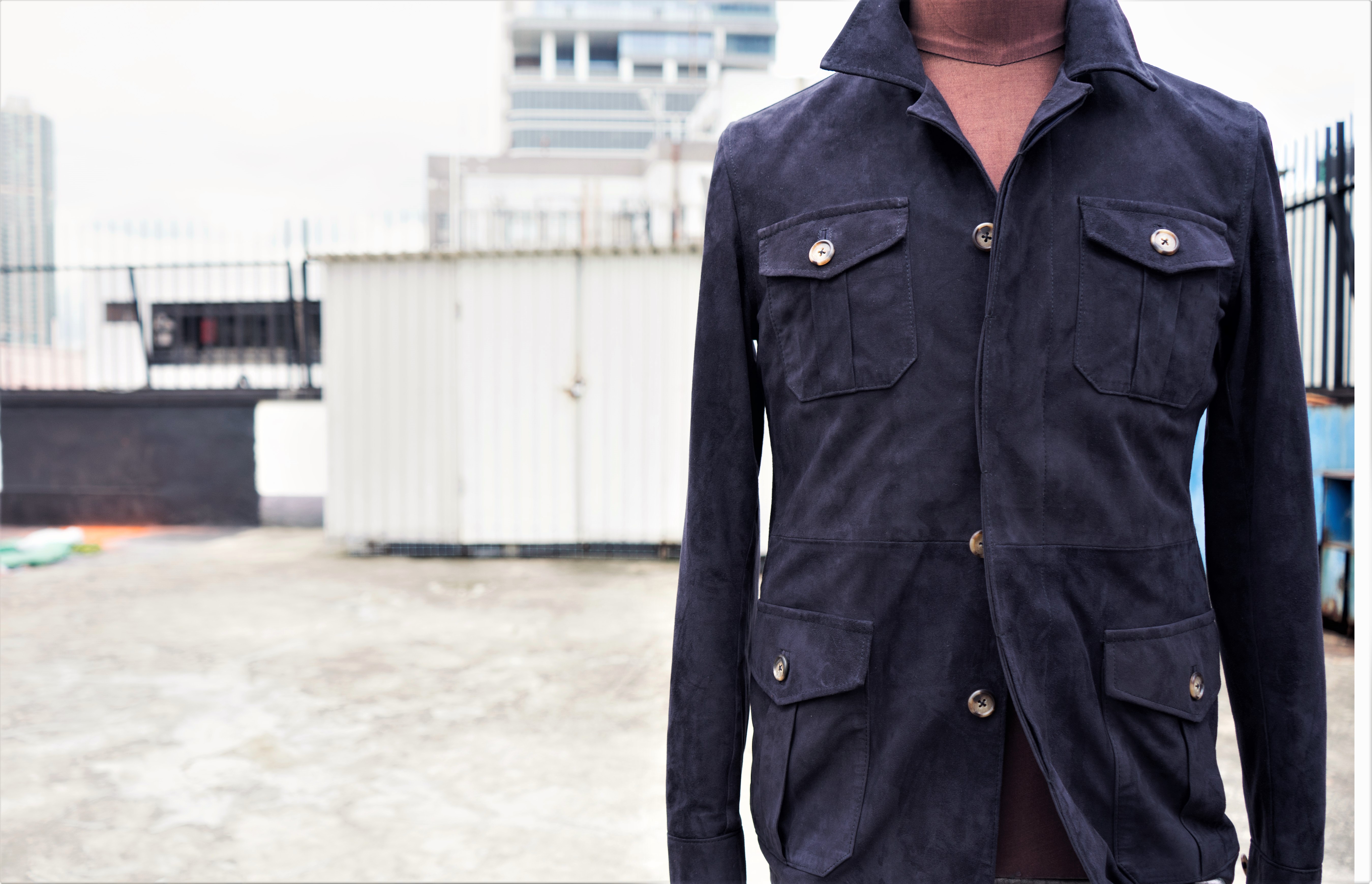 And despite navy blue being great, the fact remains that its pretty rare to find on existing RTW casual wear.  But luckily, we here at Craftsman Clothing

So next time you’re deciding on a color for your outerwear, maybe put the browns and greens aside and consider navy blue.  The color is perfect for the modern gentleman whose life requires both tailoring and bomber jackets. For the man who dances the line between elegance and ruggedness.  Trust us, you’re going to love how cool you look in it.