When you start out in menswear, you’ll learn a lot of rules. It’s meant to be encouraging and guiding but upon looking back, we find that most things are largely negative! So many “dont’s” and “nevers”.  As a result, most guys tend to feel boxed in with their style which totally goes against what we believe here at Craftsman Clothing.

So we’re here to tell you when you can totally break the rules. Long story short, it just relies on context.


First off, let me just say that while times have changed, some rules are there for a reason.   Things like “never fasten the bottom button (because jackets aren’t meant for it)” come to mind.  Simple things like don’t wear a matching pocket square and tie because it’s tacky. Or don’t wear brown shoes with a black suit because the contrast just appears odd.  Black tie as a whole has plenty of rules, but that’s because it reserved for the most formal of occasions and should be adhered to. But that’s pretty much it, the rest depends on your context.


Let’s not forget that the concept of a corporate uniform is relatively new.  Back in the day, guys were free to wear checked jackets, striped suits, and patterned ties to work!  It wasn’t until the corporatization of America (and by extension most of the world) in the 1950s that we had the concept of a strict business uniform.


Fast forward to now, and you’ll see the world has dressed down rapidly.  Business attire has evolved to no longer mean suits or even a sport coat and slacks; jeans, sneakers, in some cases sweatpants now rule the offices around the world.  In contrast to so many others, we don’t see it as a bad thing, because in the end, it frees you up to have freedom within your personal style, free from the rules that have dictated classic menswear for decades.

Obviously your context matters. If you work in a big finance company or a heritage lawfirm, you probably don’t have much leeway.  But if you have a more creative job or you’re joining the growing population of freelancers, you should definitely have fun with your style, even if it’s rooted in classic menswear! Here’s some of our favorite ways to break the rules and still look stylish as hell. 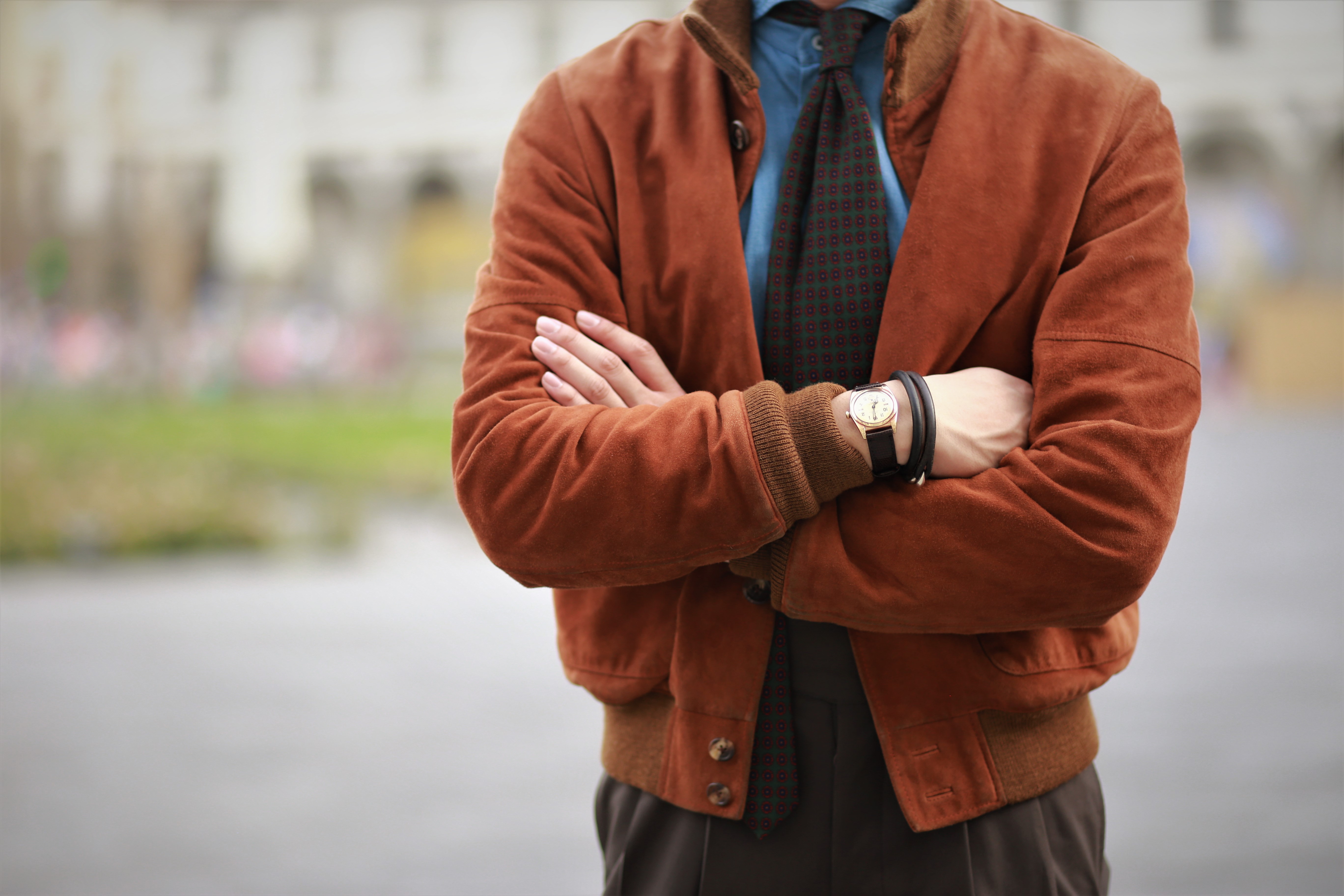 Despite everything being casual lately, we still love wearing ties: repps, foulards, knits, you name it.  It’s almost a mark of rebellion when you wear one out! In that same vein, we like to ditch our sportcoats and opt for a casual jacket instead. It's edgier option that helps blend the line between work and play; it’s also appropriate for almost any job that isn’t in a conservative industry! 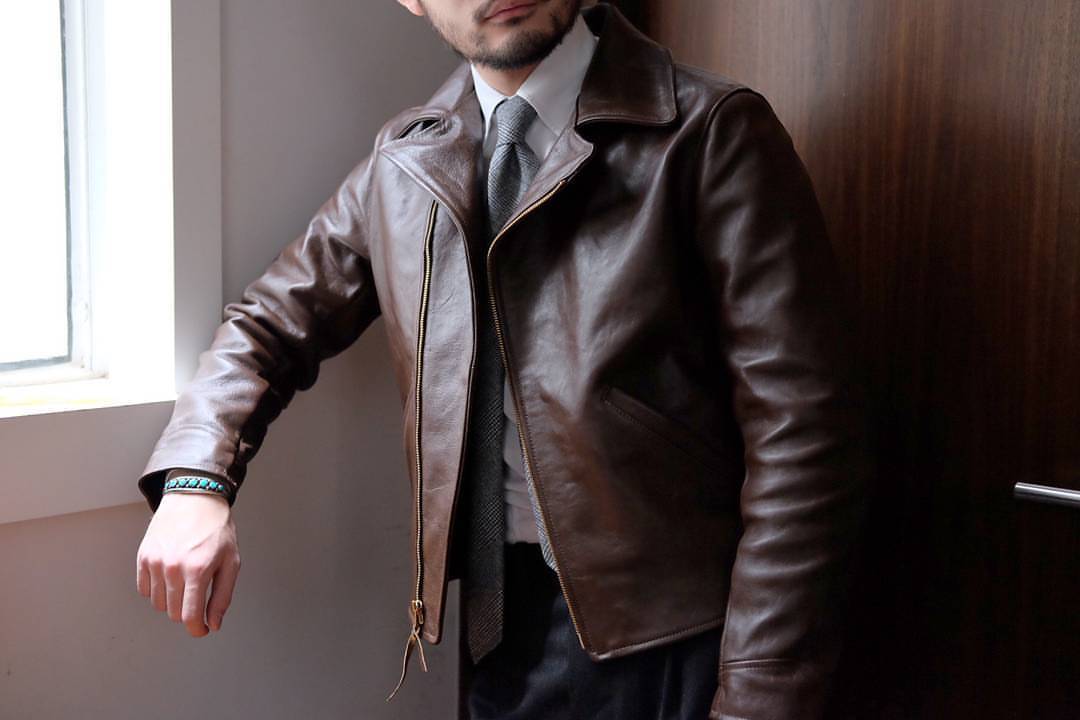 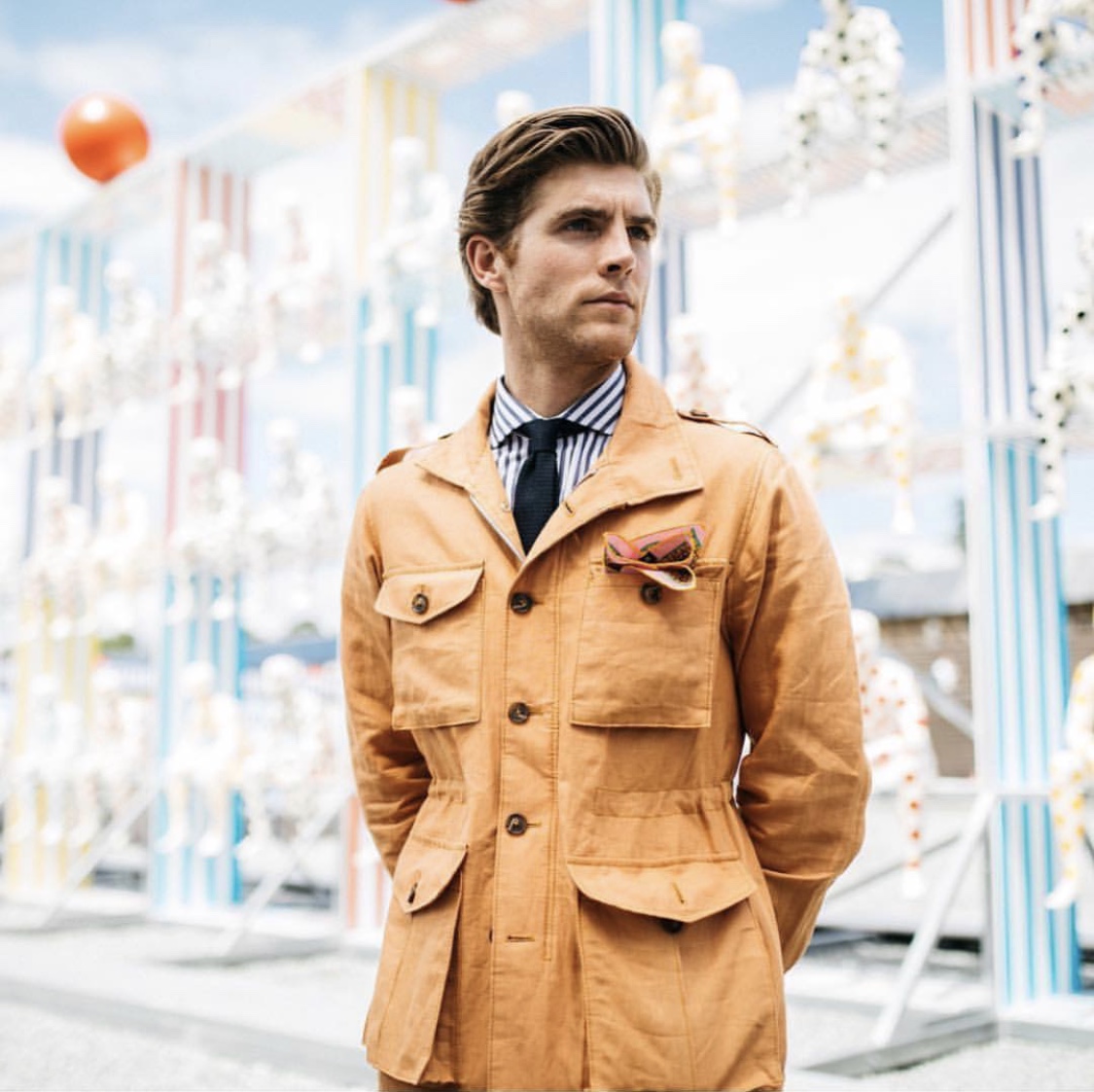 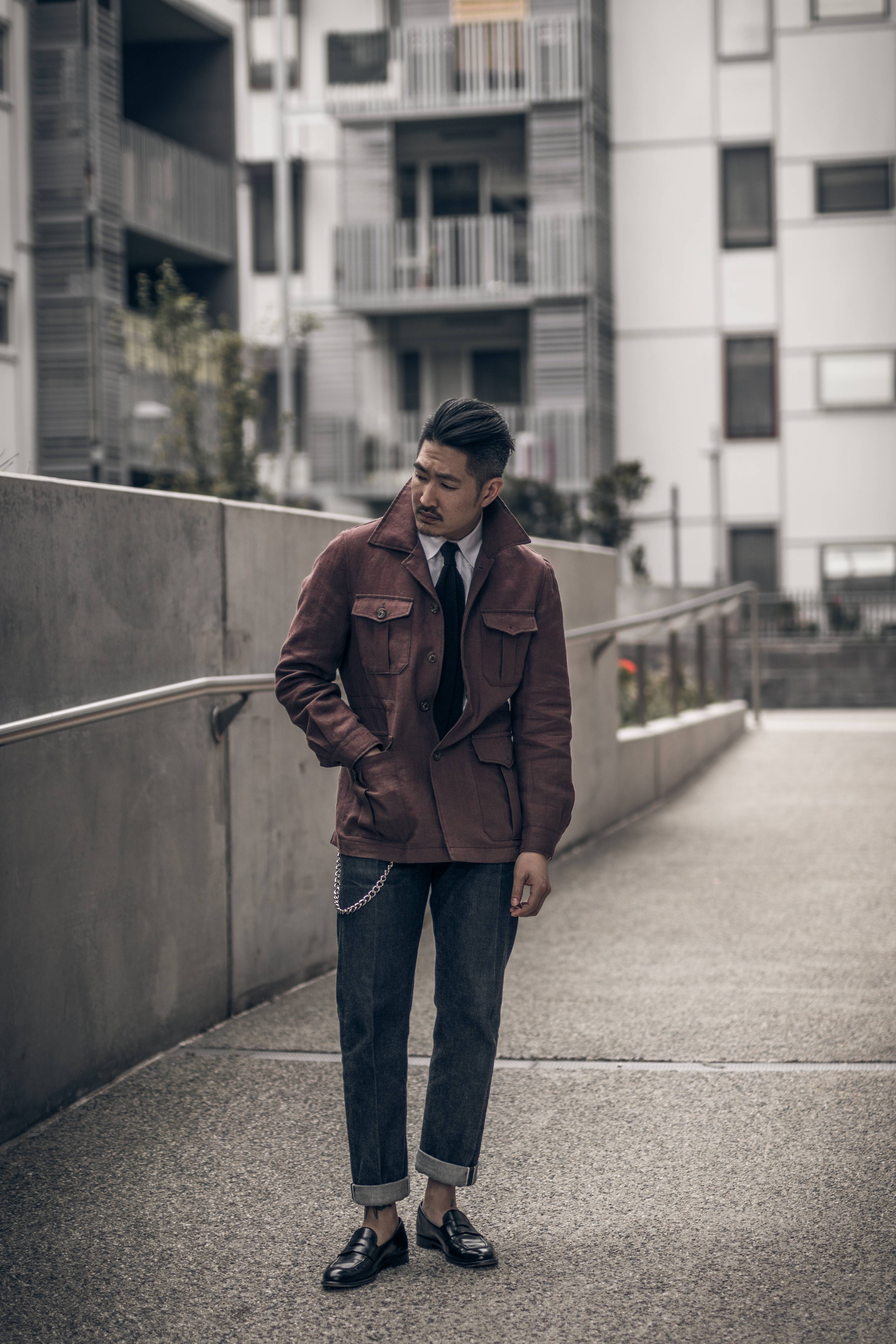 The vibe that you choose simply depends on which style of  jacket you go for. A safari jacket with its utilitarian pockets has a bit of a workwear vibe; opting for our belted one instead goes for a louche, relaxing look.  Or you could go as a complete badass and go for any of our classic leather jacket models like the shearling G-1 or the trusty A-1. Not only do they look good, but they’re ultimately practical, providing a stylish way to keep warm during colder weather.  With the tie and crisp dress shirt underneath, you’ll look like a professional that knows how to stay sharp in the modern era. It’s definitely different than simply going for a casual cotton sport coat but honestly, you’ll probably wear our jackets more than that one. 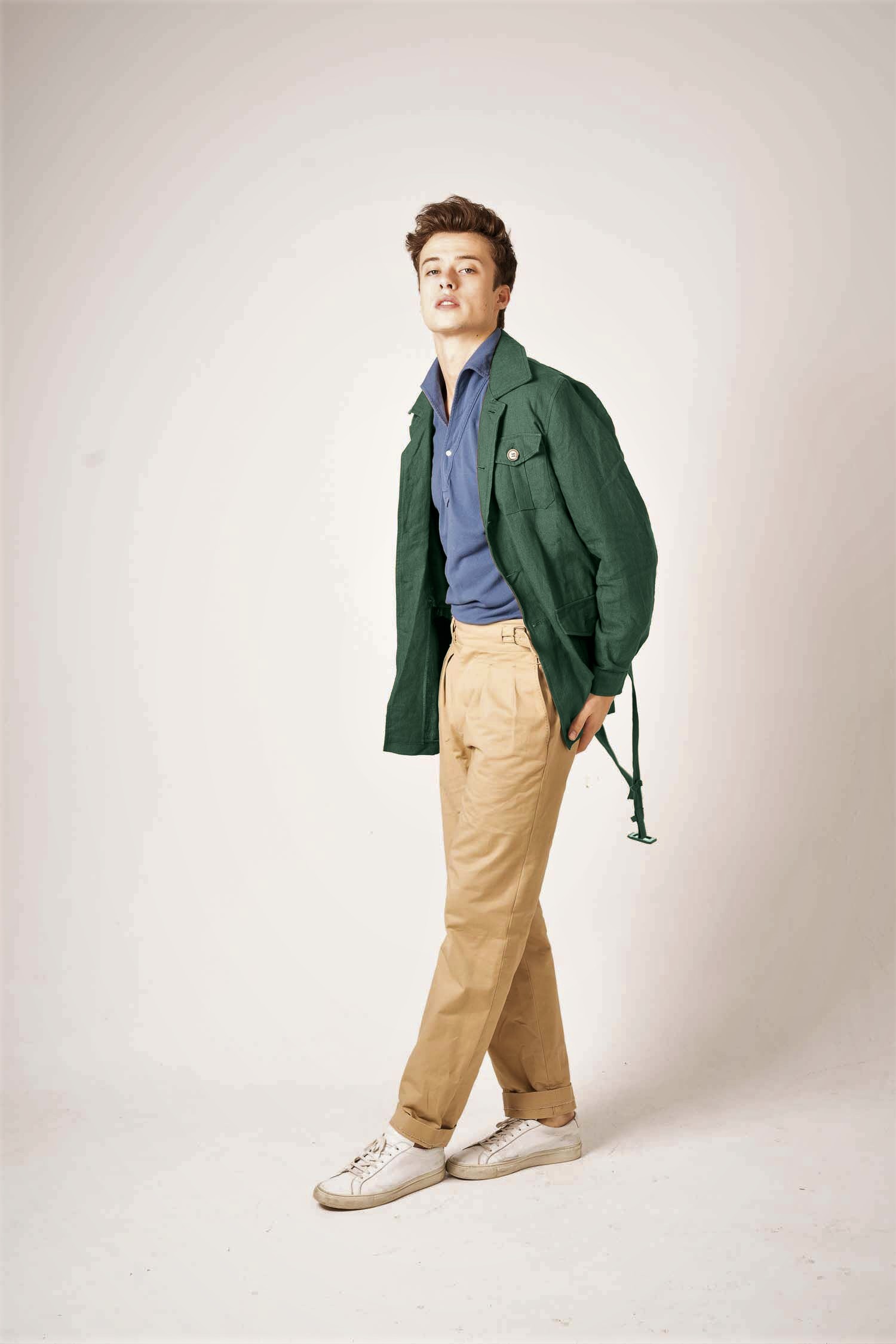 We definitely embrace sneakers at Craftsman.  For the longest time, we were told never to wear sneakers, especially with tailoring since it looks “immature”. Well fuck that! If you get the right sneaker, like a minimal white leather one, you’ll still look sharp; there’s even the ironic appeal of a “dad” sneaker as well!  In any case, a trusty sneaker will be supremely comfortable when compared to any dress shoe. The best part is that it serves the lifestyles of the new generations of professionals, who are always on the move! 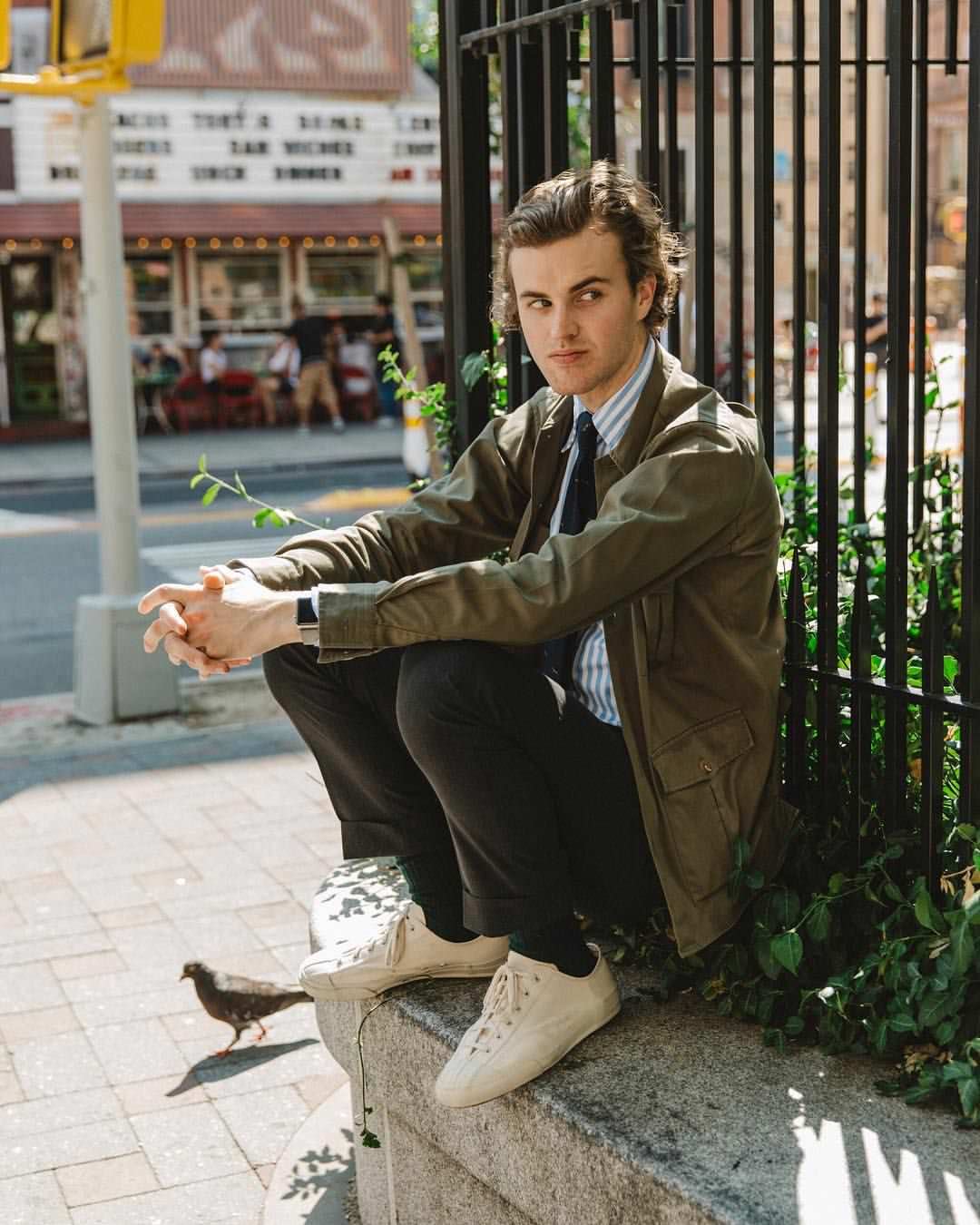 While it’s certainly common now to wear sneakers with a suit, we definitely prefer it when it’s done with separates like nicely fitting jeans and chinos.  This way it “plays by the rules” however so slightly while still being subversive. When worn with tailored casual wear like a gingham shirt or polo with trousers, you’ll look clean and comfortable, only adding to your confidence.  Think of wearing sneakers as the footwear version of throwing on a casual jacket instead of a sportcoat. 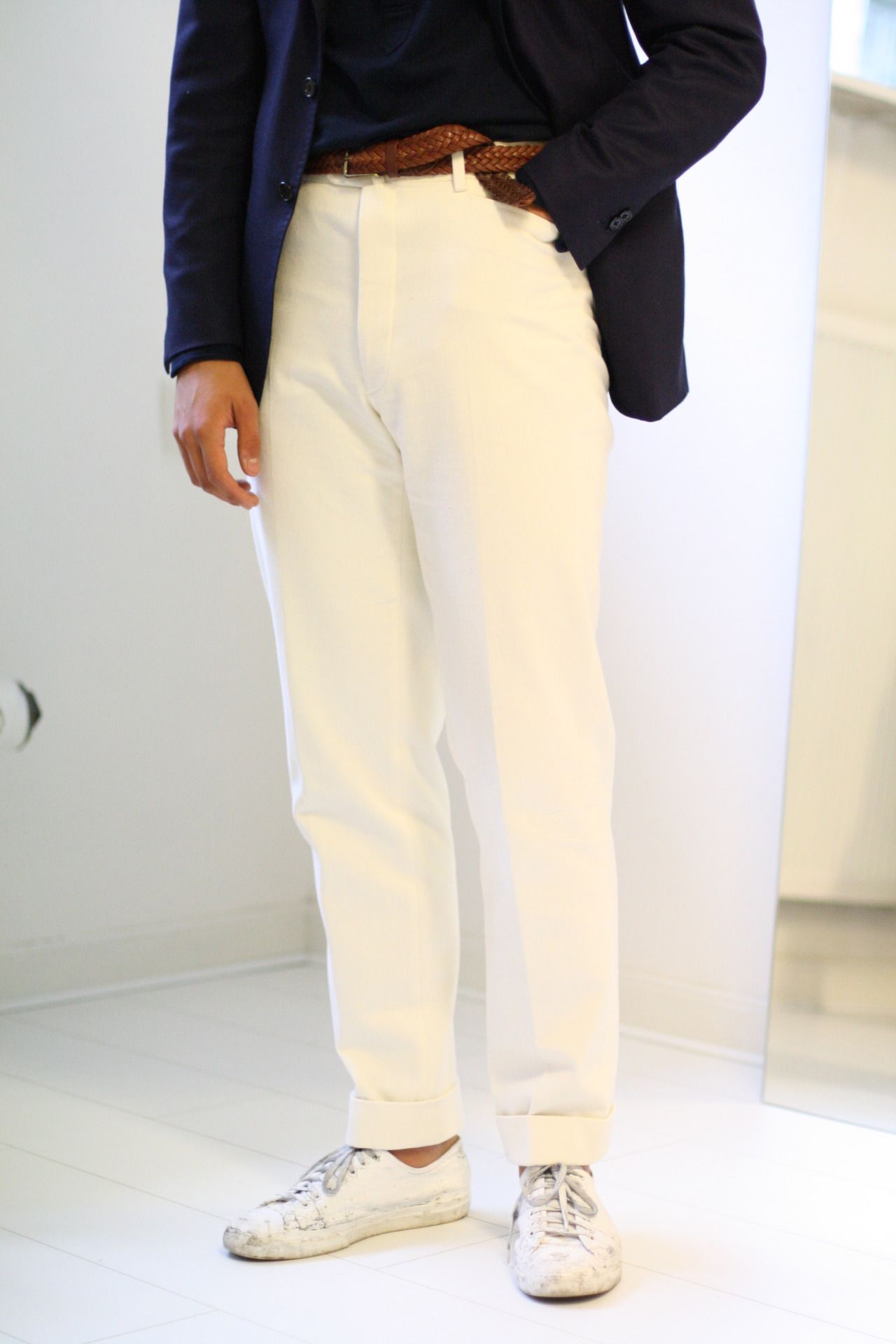 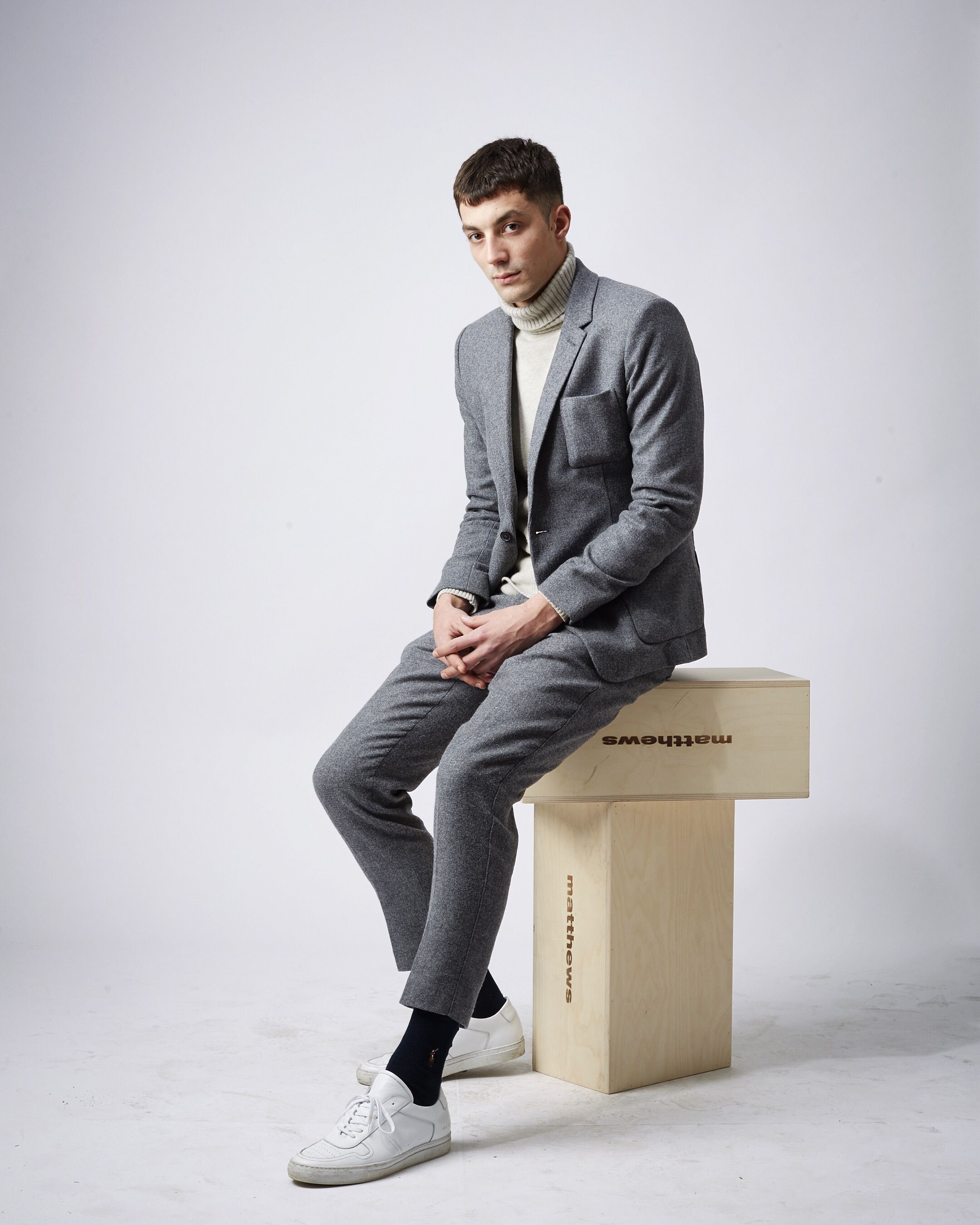 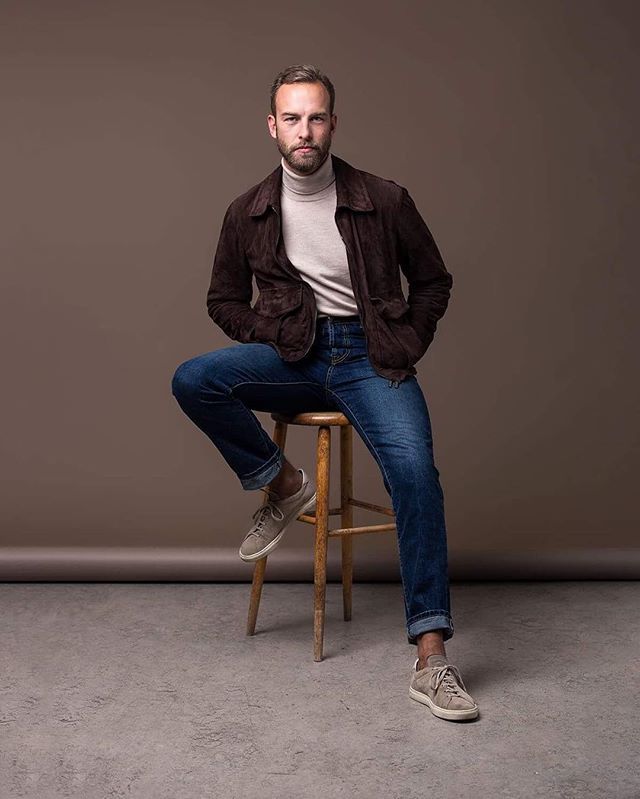 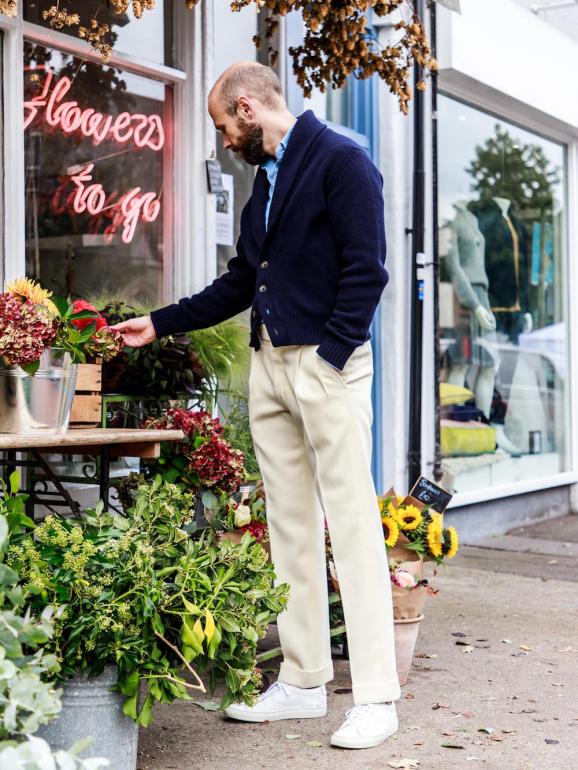 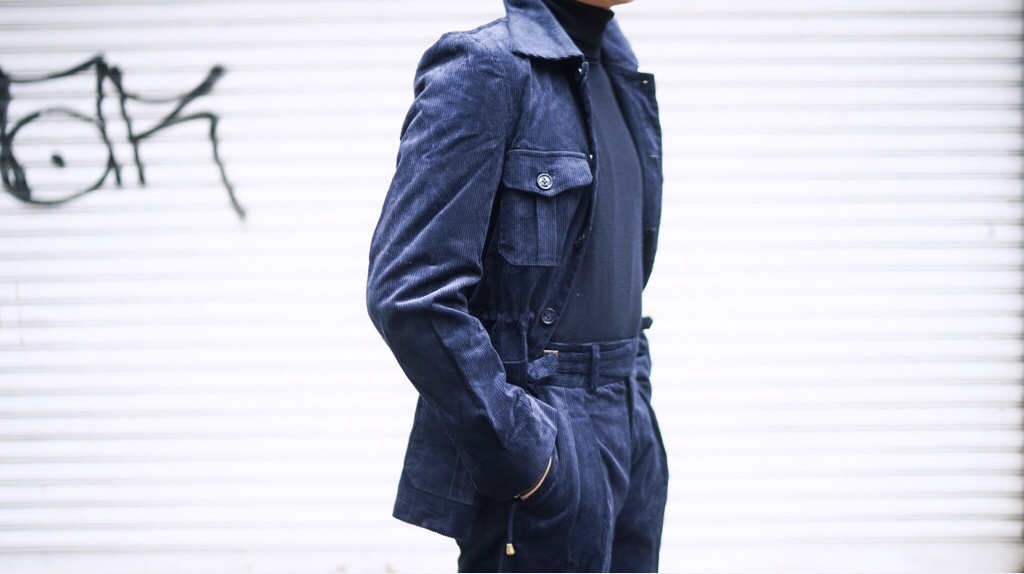 No we’re not talking about the typical casual suit, like the ones made of cotton or flannel for the summer and winter respectively. We’re talking about a suit in the loosest terms: a jacket and trouser made from the same material.  One of the best examples is a navy corduroy safari with matching cord gurkhas. It has the same colorblock/minimal effect as a traditional suit, but the details make yourself look more casual and approachable, allowing you to break the rules further! You could try it with a tie and loafers to be even more edgy or just go fully dressed-down with sneakers (or sandals in the summer).

There will always be a place for the traditional suit, but with the rise of casual style, we welcome a few update the aesthetics and style of it! 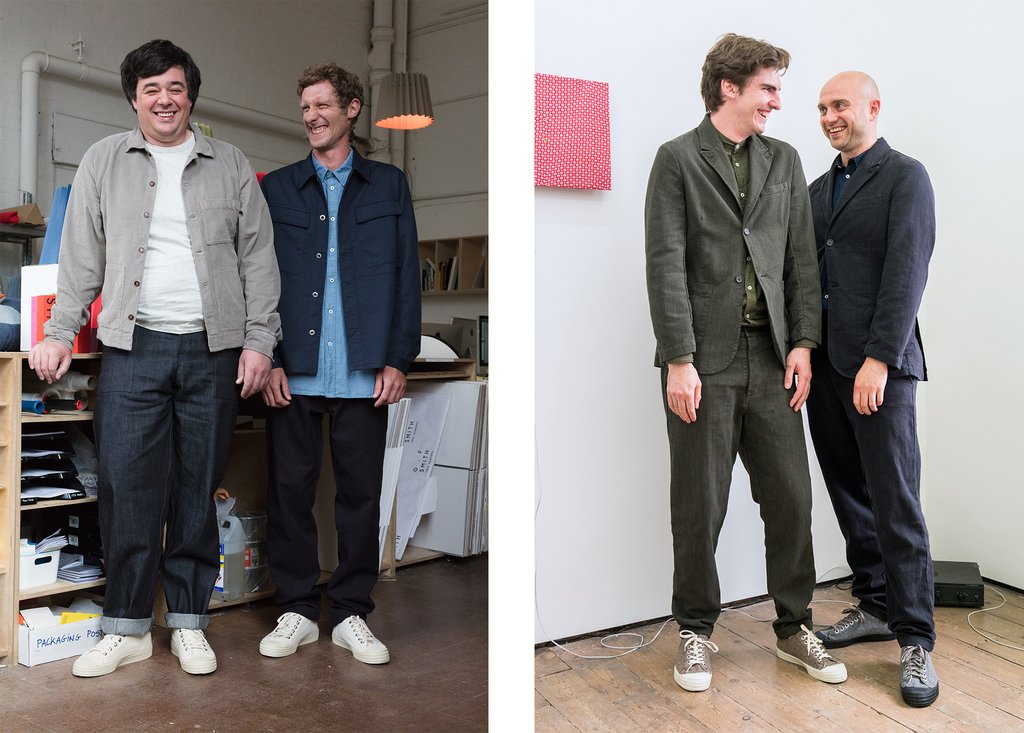 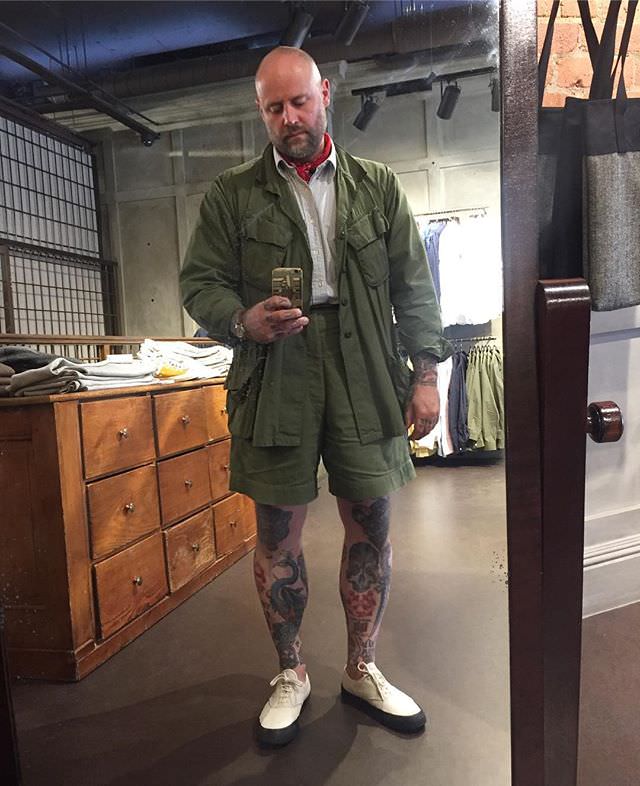 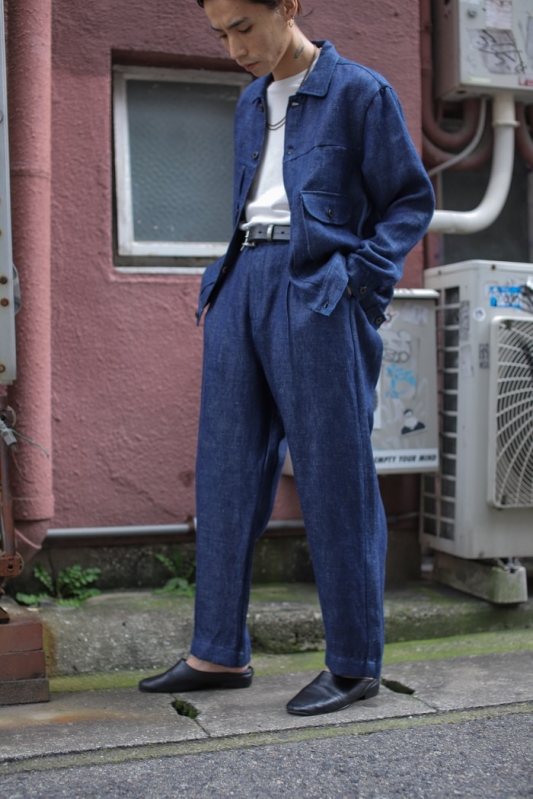 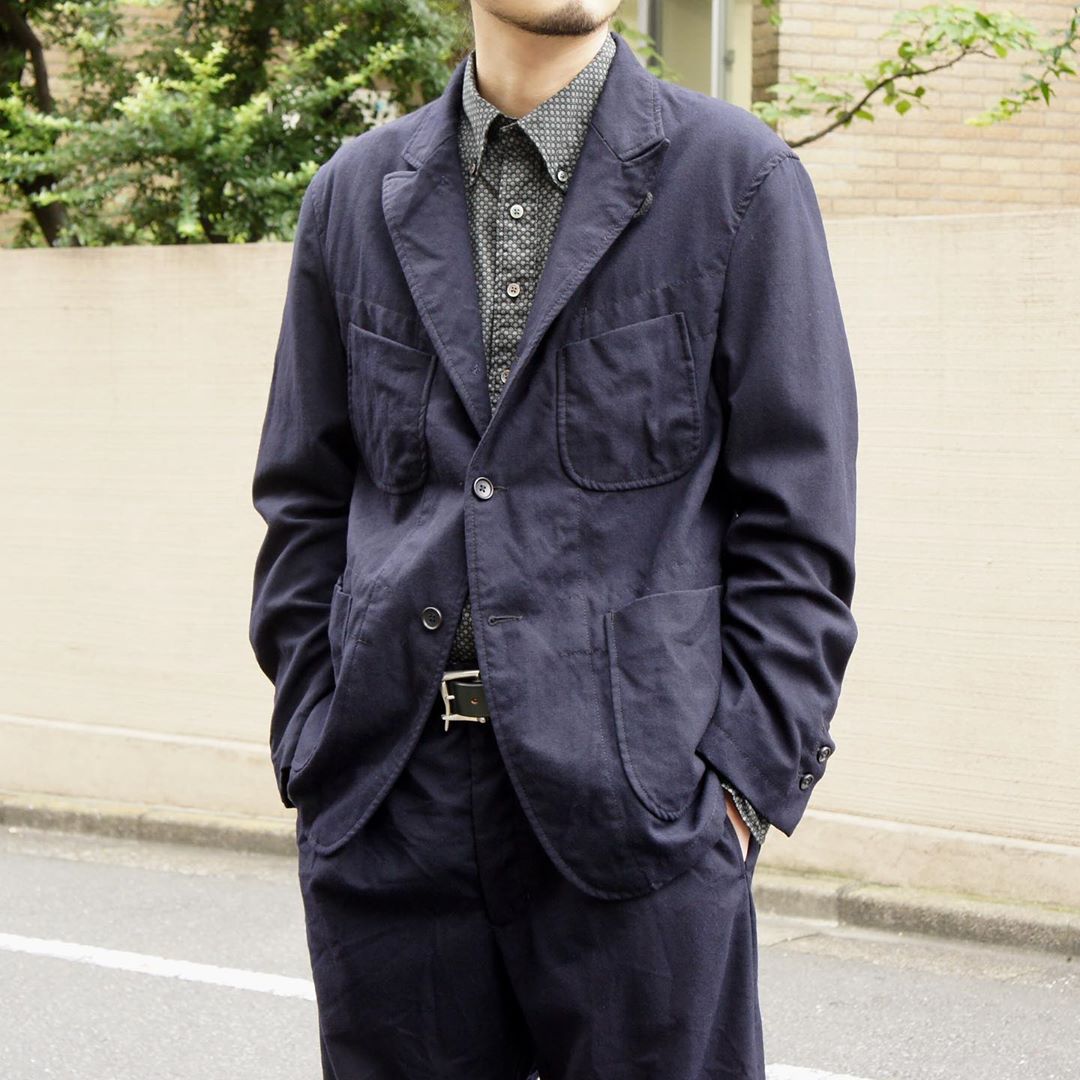 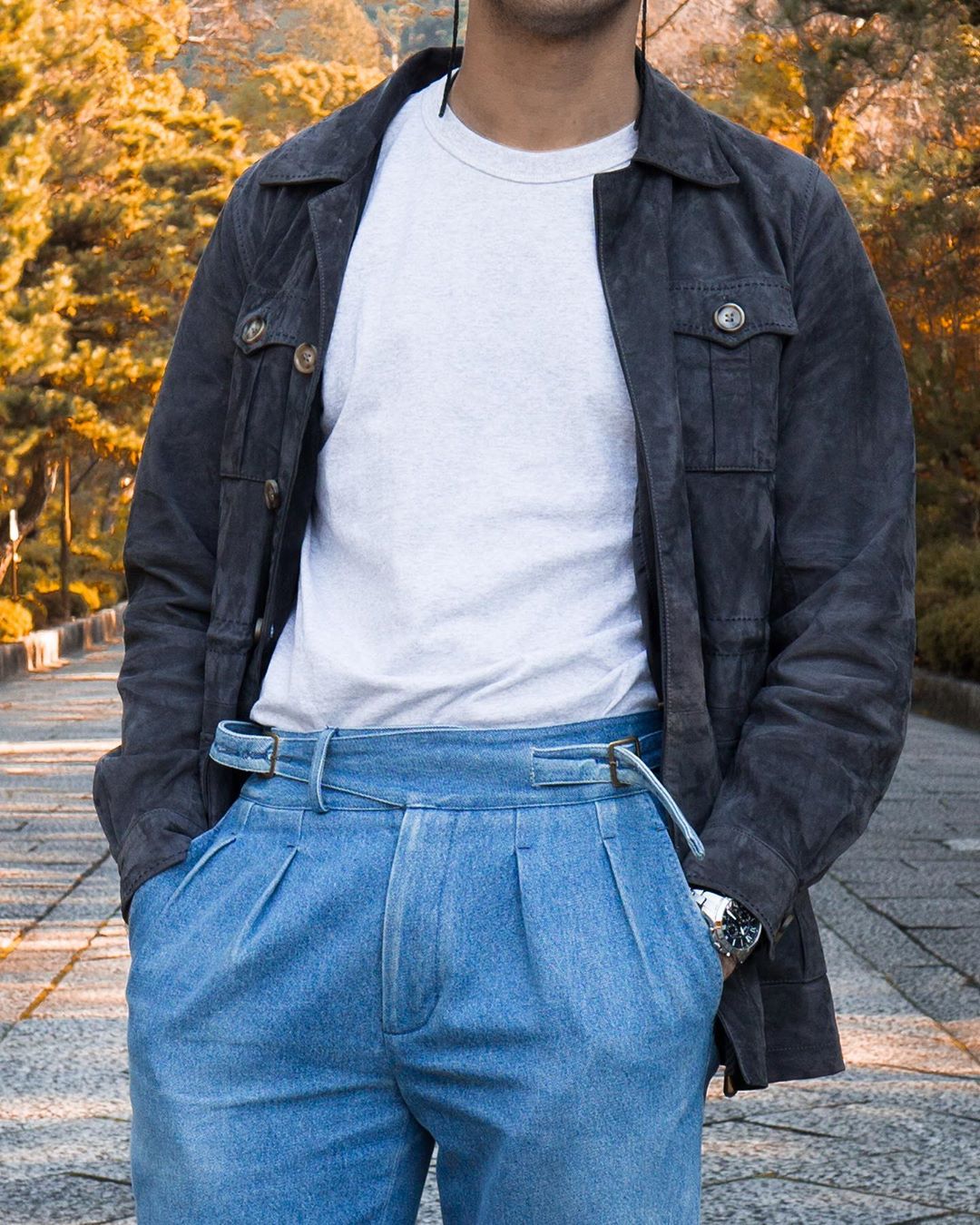 This is probably the most  controversial “rule break” and yet one of our favorites. How many times have you heard that it’s inappropriate to wear a tee shirt with a suit or even with trousers.  But like with sneakers, you can’t deny how comfortable a great tee shirt can be! If you ask us, it’s definitely worthwhile to try out the look. Especially since it's been done since the 1940s. 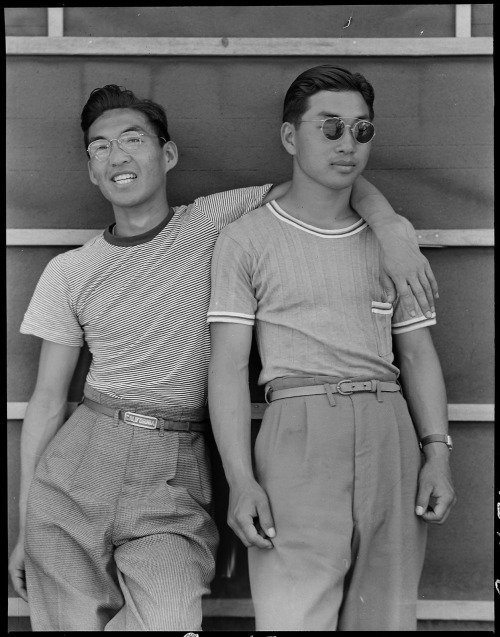 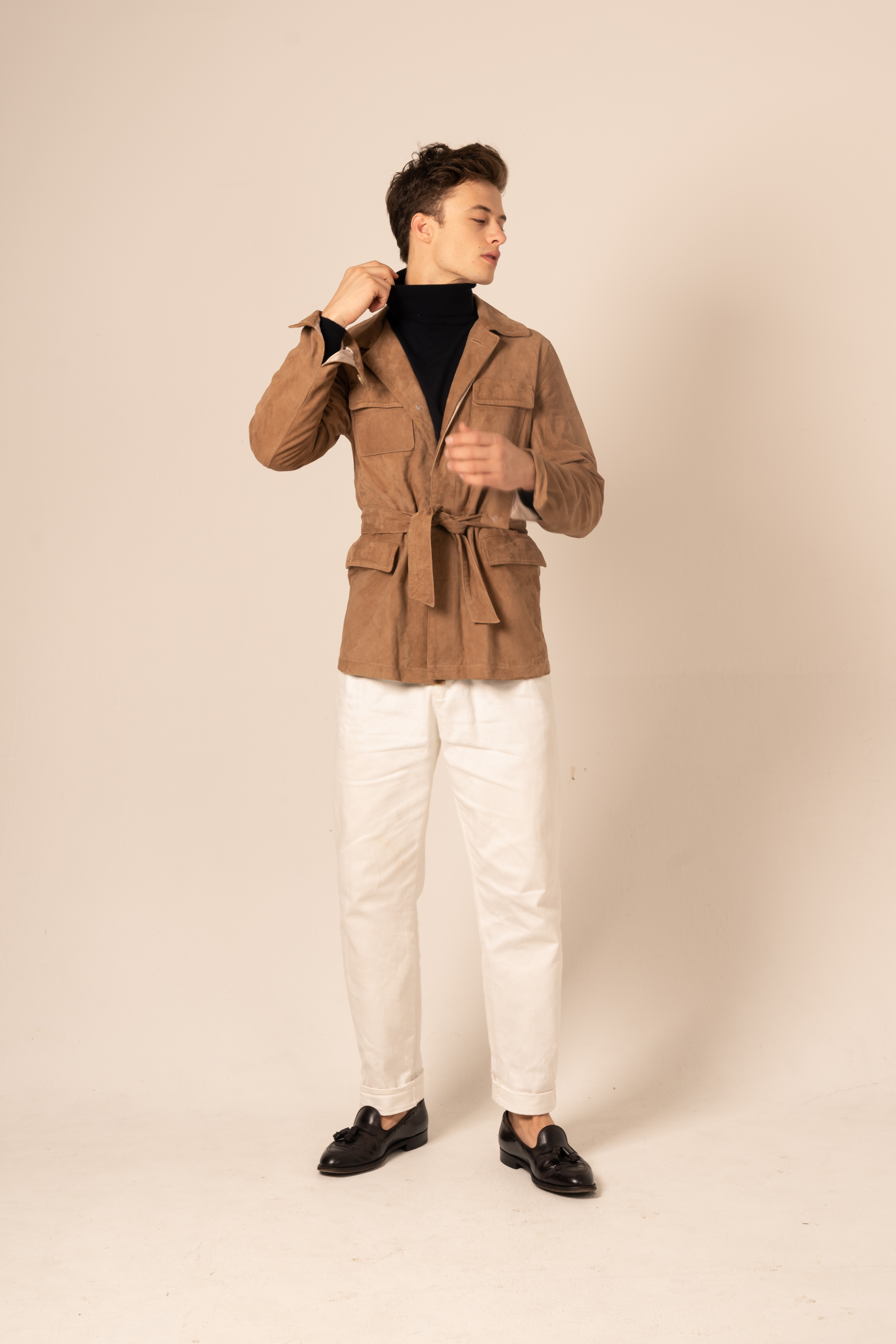 TTurtlenecks are a similar look if the regular tee is too subversive for you!

This depends entirely on your context, but recommend donning a great crew neck tee with your favorite high waisted trousers (we prefer our gurkhas). The trousers keep the look elegant, freeing you up to decide on whether you’re going to wear loafers or minimal sneakers.  It’s definitely breaking the rules for only the most conservative dressers, but let's not deny that plenty of stylish gentlemen have done the look, whether it’s today or 60 years ago. 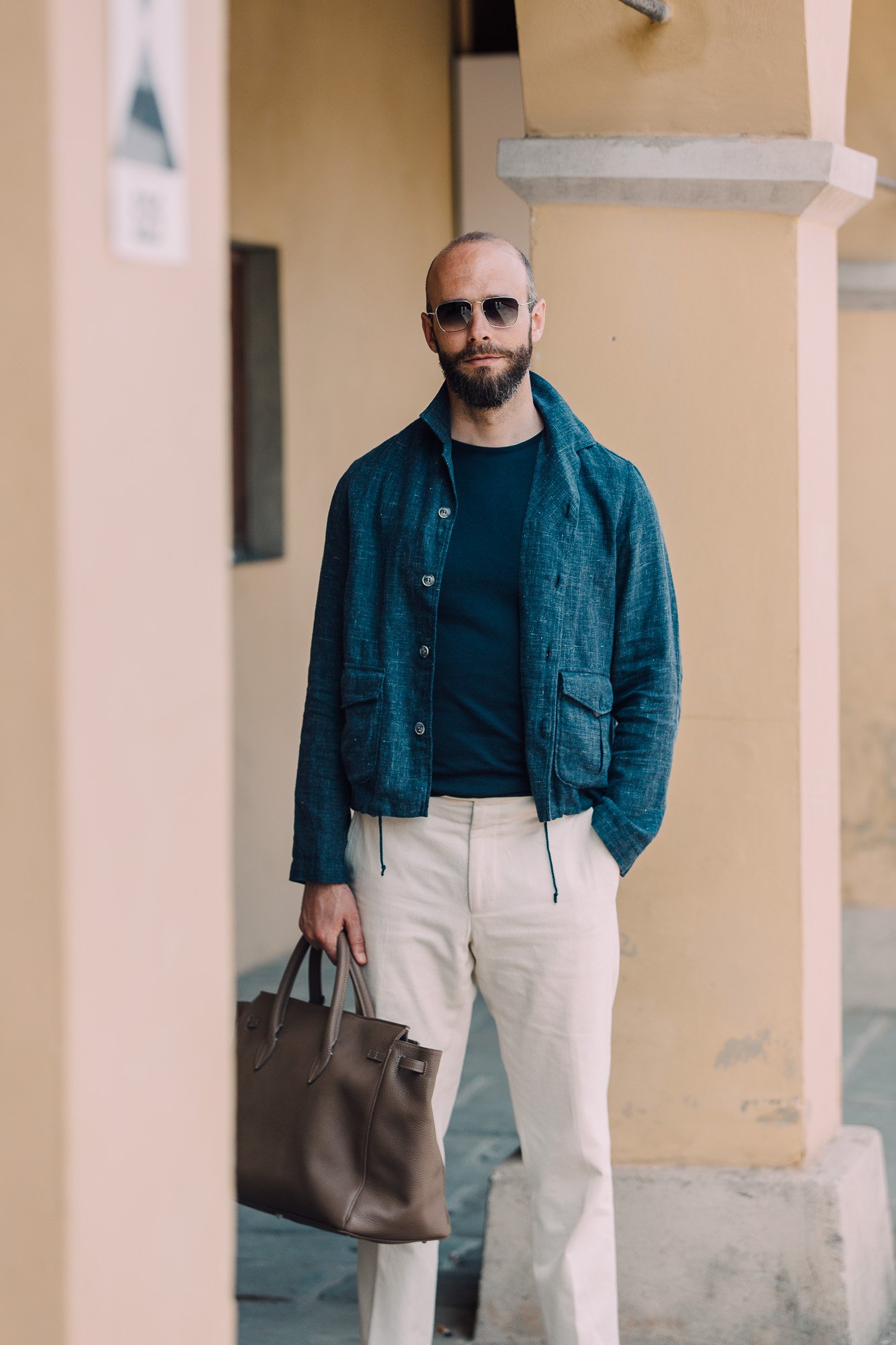 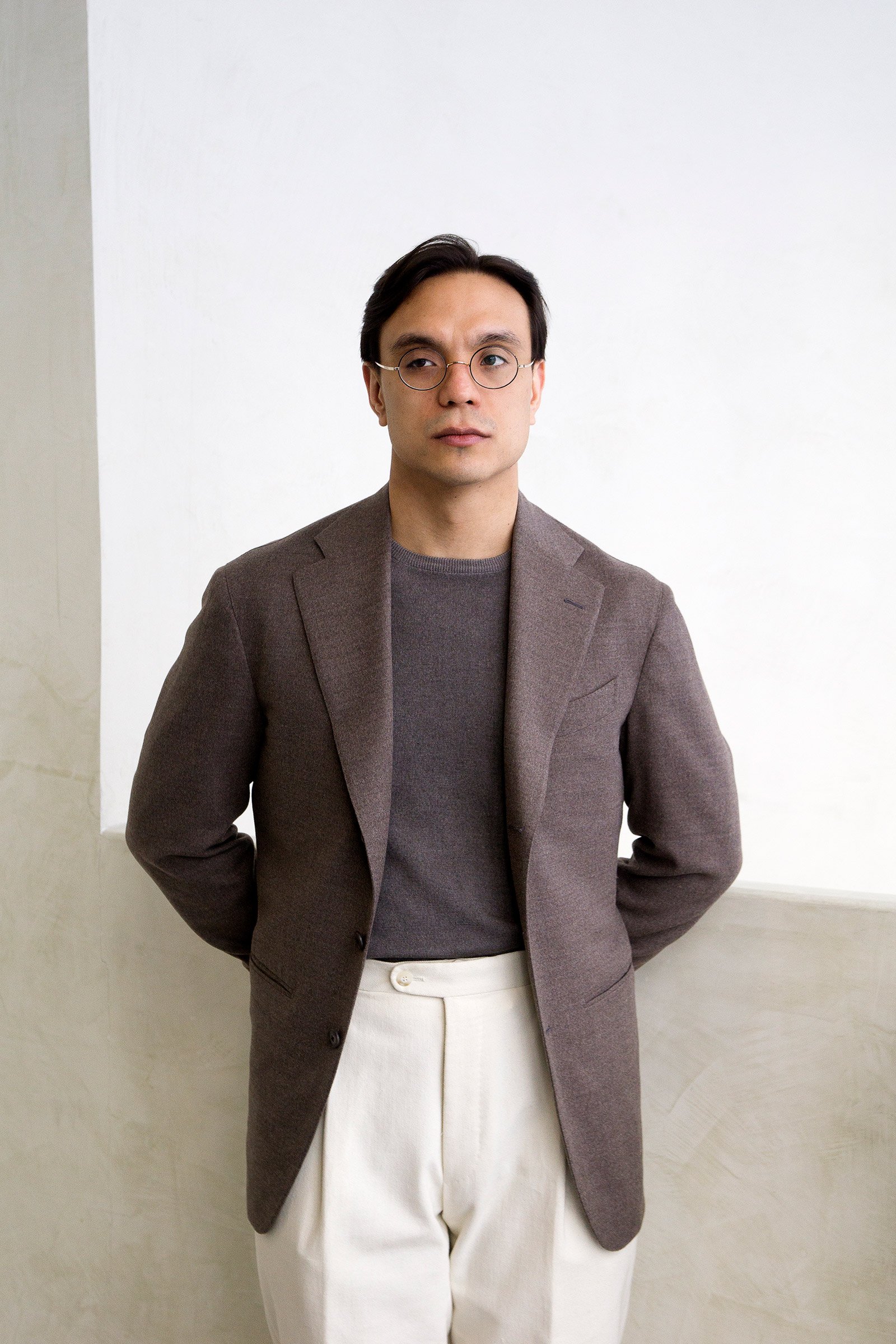 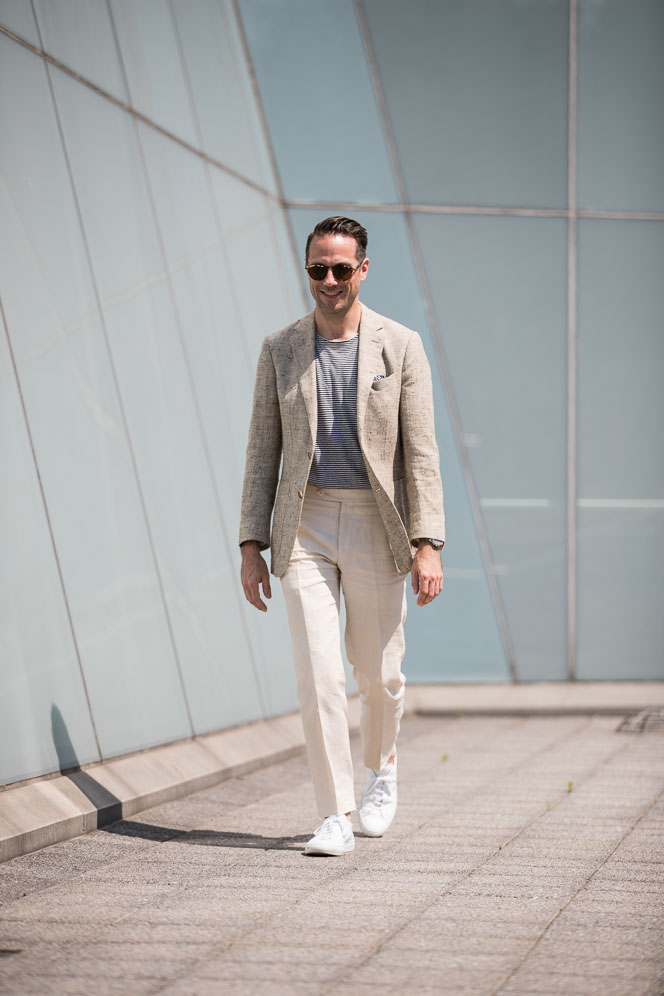 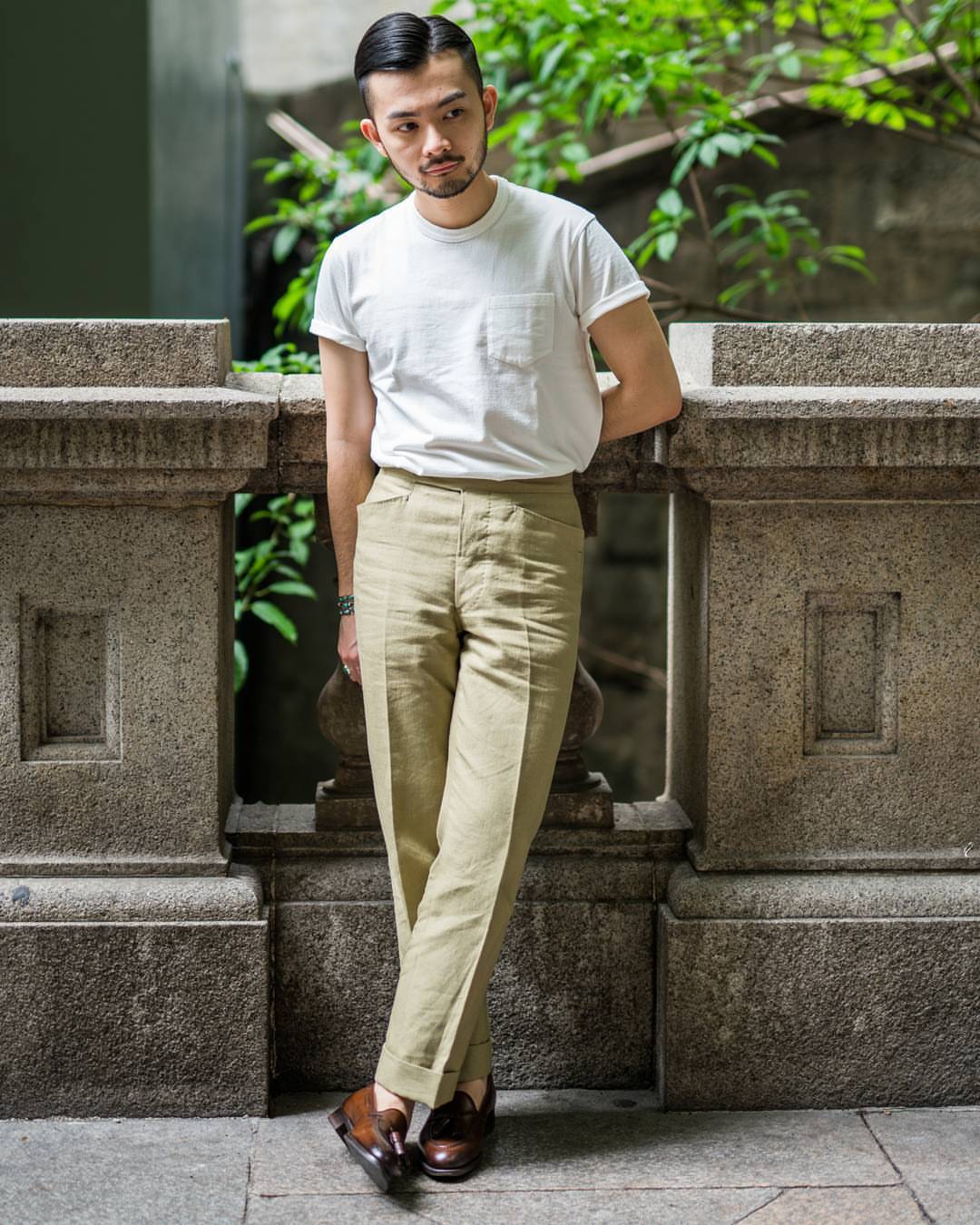 Again, breaking the rules is about the context that your life has. It’s not recommended for those with traditional jobs, but certainly worth a try if you can get away with it!  Being a rebel is edgy, but don’t be surprised how cool you get to feel when you actually do it. 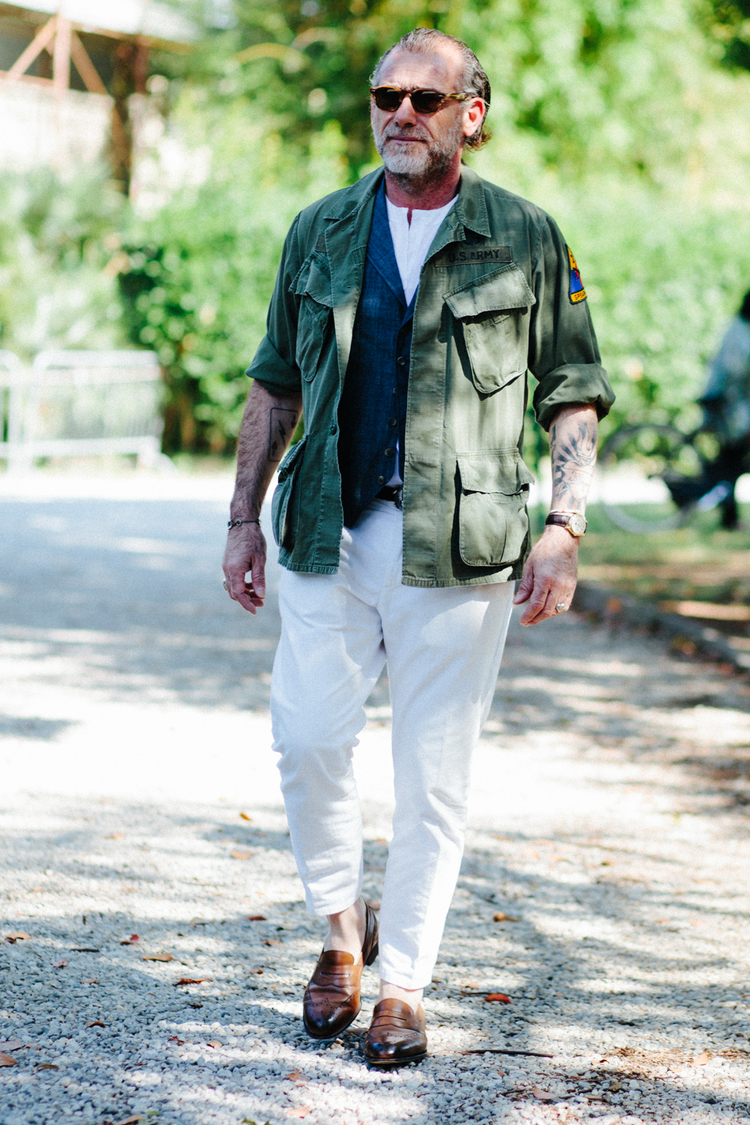 Our friend Alessandro in a henley.