It’s time to take flight yet again and dive deep into the story and details of one of our favorite jackets: the A-2 flight jacket! 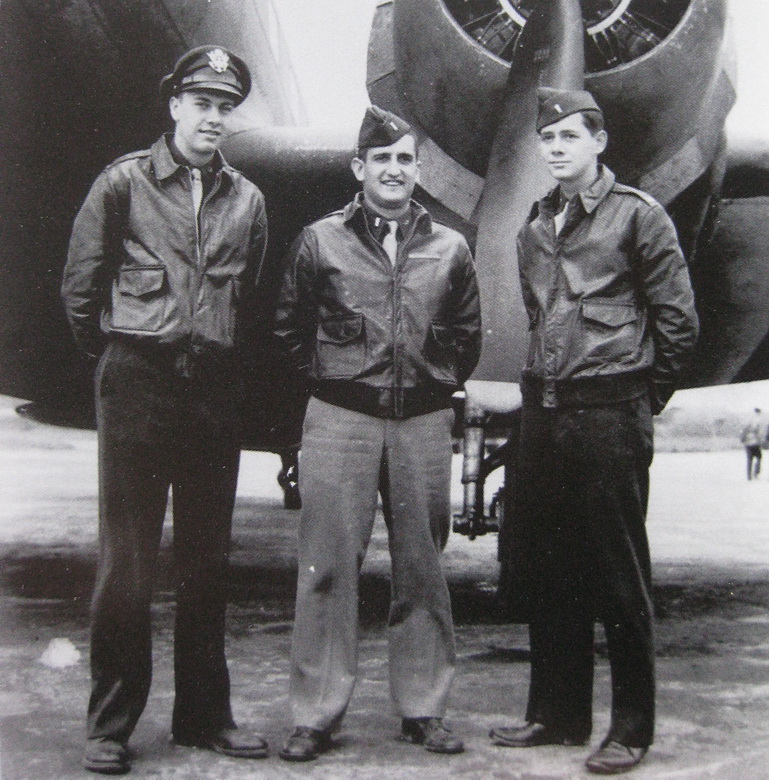 Compared to most, the A-2 flight jacket is a humble one.  While it may not be the first one used by the US military (the A-1 holds that honor), it is probably the most iconic and well known models.  It was first introduced in the 1930s and was worn through most of WWII, marking it a part of the uniform worn by the aces of the Air Corps. It unfortunately was phased out in 1943, being replaced by the similar G-1, which we have discussed before.  Who would’ve known that shearling was all the rage! In comparison, the A-2 is certainly more understated, but that’s why we love it. 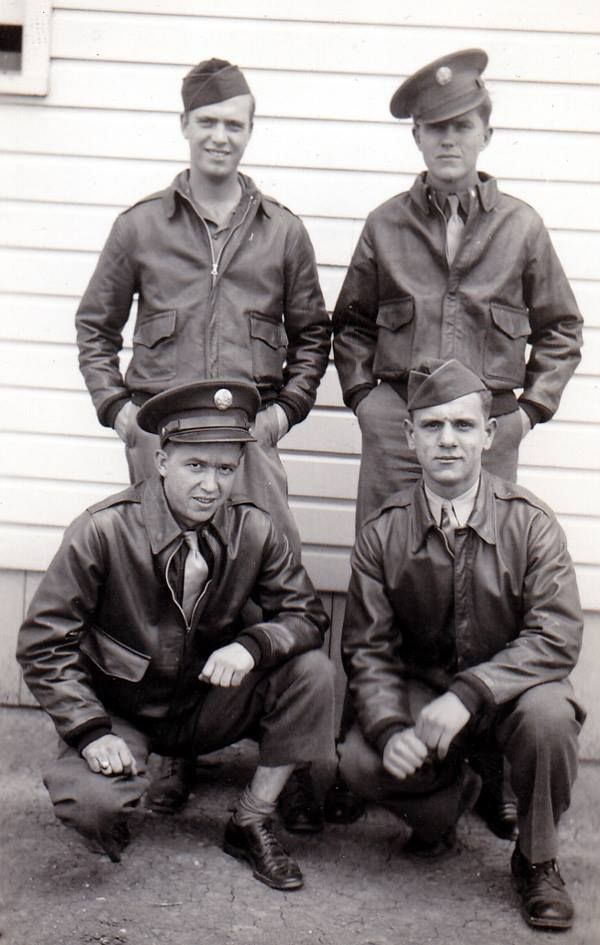 Despite it only being around for a little while (as you recall, the G-1 is still used by the military today), it remains to be one of the most renowned leather jacket styles for military; the style was even copied numerous times for civilian use, cementing it as an iconic piece. The A-2 was developed mainly to update everything about the A-1, not just for construction reasons but because aviation had changed so much since the 1920s when the A-1 was first introduced. 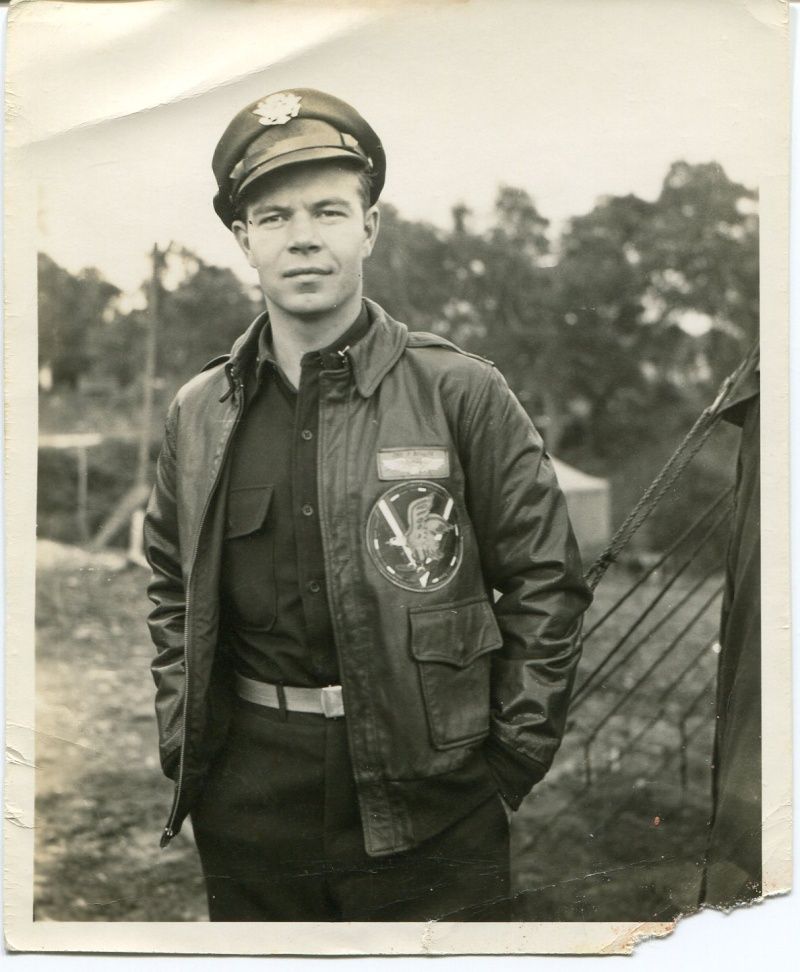 Firstly, a zipper was used to close the jacket, negating the use of buttons which could be difficult to fasten or undo in action. In fact, it was one of the first jackets in general to primarily use a zipper.  The collar would be made from leather to match the rest of the jacket and used a clasp closure to protect from the elements.  The pockets were done as patches, with a flap that featured a snap button to close. Epaulets were standard on military ones while some civilian models removed them; some makers even added handwarmer components to the pockets to make them more utilitarian for regular people. The one thing that was standard besides the collar and zipper was the use of ribbing on the cuffs and hem. 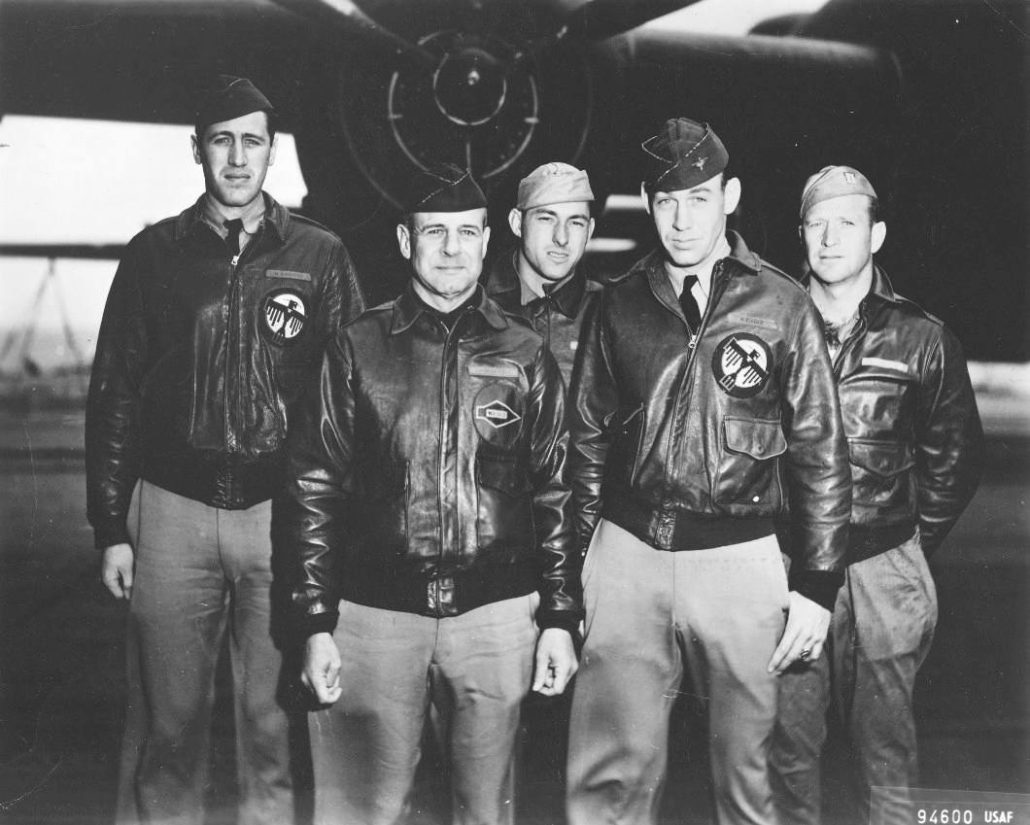 Like most military jackets of the era, the A-2 was meant to be a fitted one. You can see this in all of the old pictures; they weren’t oversized like the ones you saw in the late 80s and 90s.  The snug (but not tight) fit was needed in order to maximize warmth when piloting a cold, metal airplane. With all the details and fit right, it’s no wonder that WWII pilots looked so dashing in their leather jackets.  And popular culture only helps further that narrative. 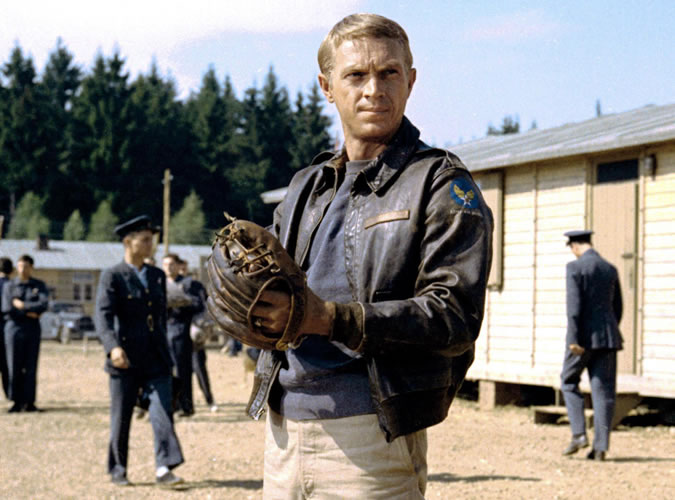 Many films put A-2s on their gents to signify their military background and general “cool guy”-ness.  A classic example is Steve McQueen in the great escape. Worn with a faded blue sweater and khakis, the A-2 really gives some extra “oomf” to an otherwise unassuming outfit.  Perhaps that’s simply the appeal of a good leather jacket; you can wear it with anything! 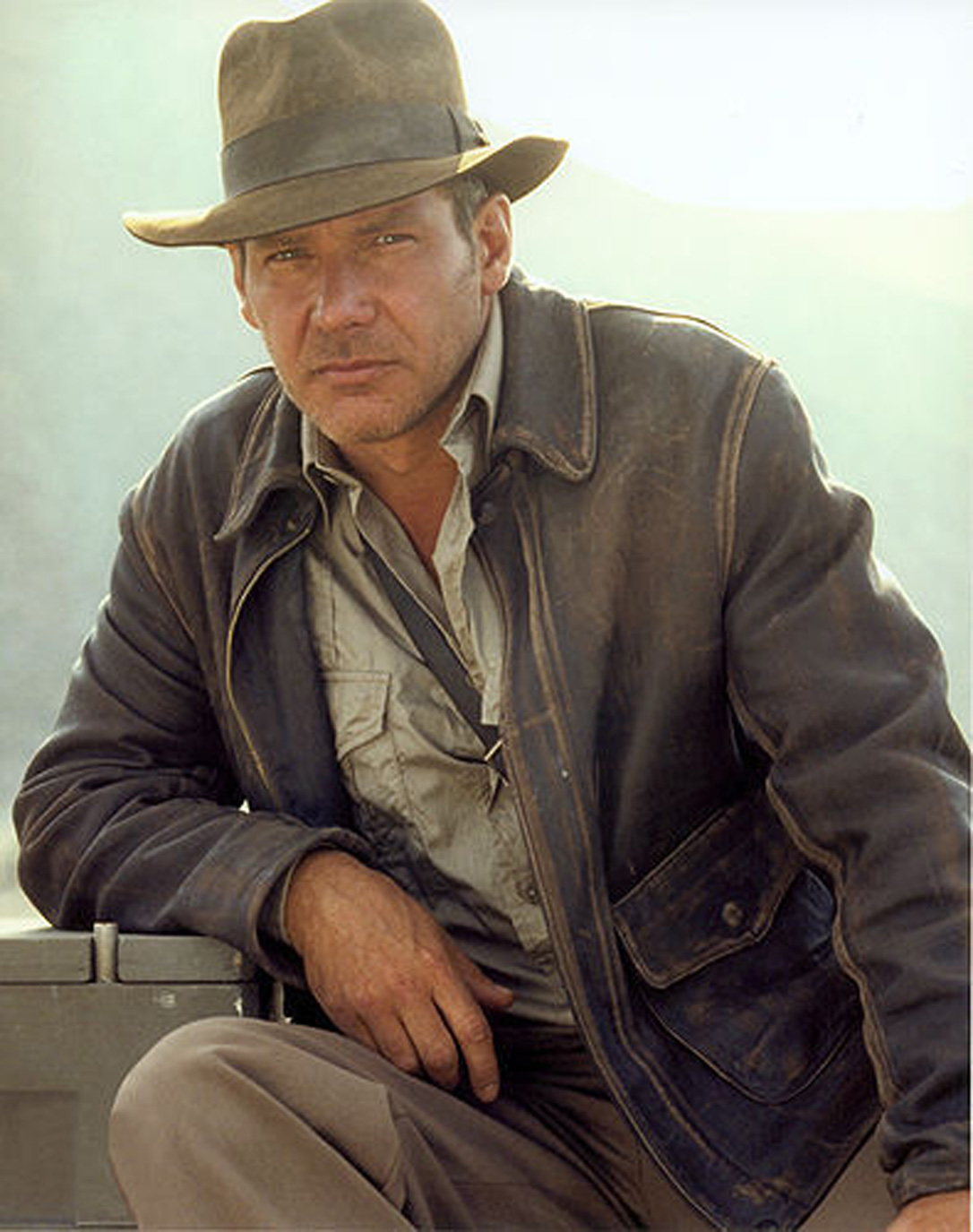 For me, the lust for an A-2 was triggered by watching Indiana Jones over and over again. Like McQueen, it’s worn with rather simple, military-esque things like a tan button-up and khakis, but it has a different vibe: boots and a fedora turn it into one of the most famous film costumes of all time that certainly serves to inspire us today.  If you’re lucky, you can find vintage ones at curated stores or eBay. For those unlucky enough to find them, we at Craftsman always have you covered. 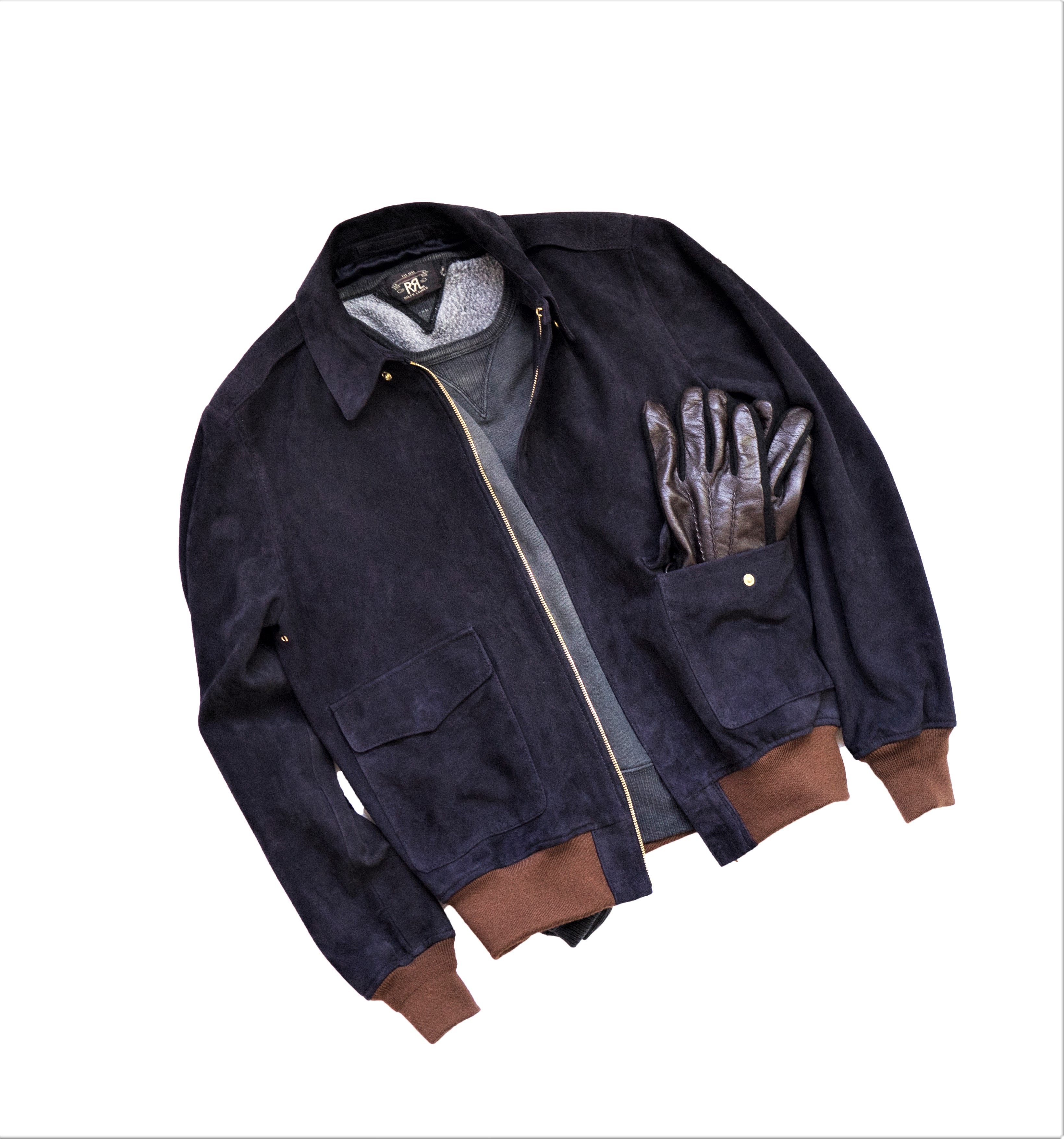 Our McQueen A-2 is probably one of my personal favorites.  It’s one of the first jackets we produced and one that remains a great choice for a first leather jacket! We’ve kept a lot of the details the same as the original military one, but we’ve combined in a few of the civvie details like the handwarmer component and removal of the epaulets.  We’ve also retained the one-piece back which prevents garment stress as well as provide a clean look. The result is something a bit more minimal yet utilitarian that is ready to serve the young professional (because honestly, is anyone wearing sportcoats anymore?). It really is perfect to wear with chambray shirts, camp collars, and gurkha chinos, which is pretty much our everyday uniform. 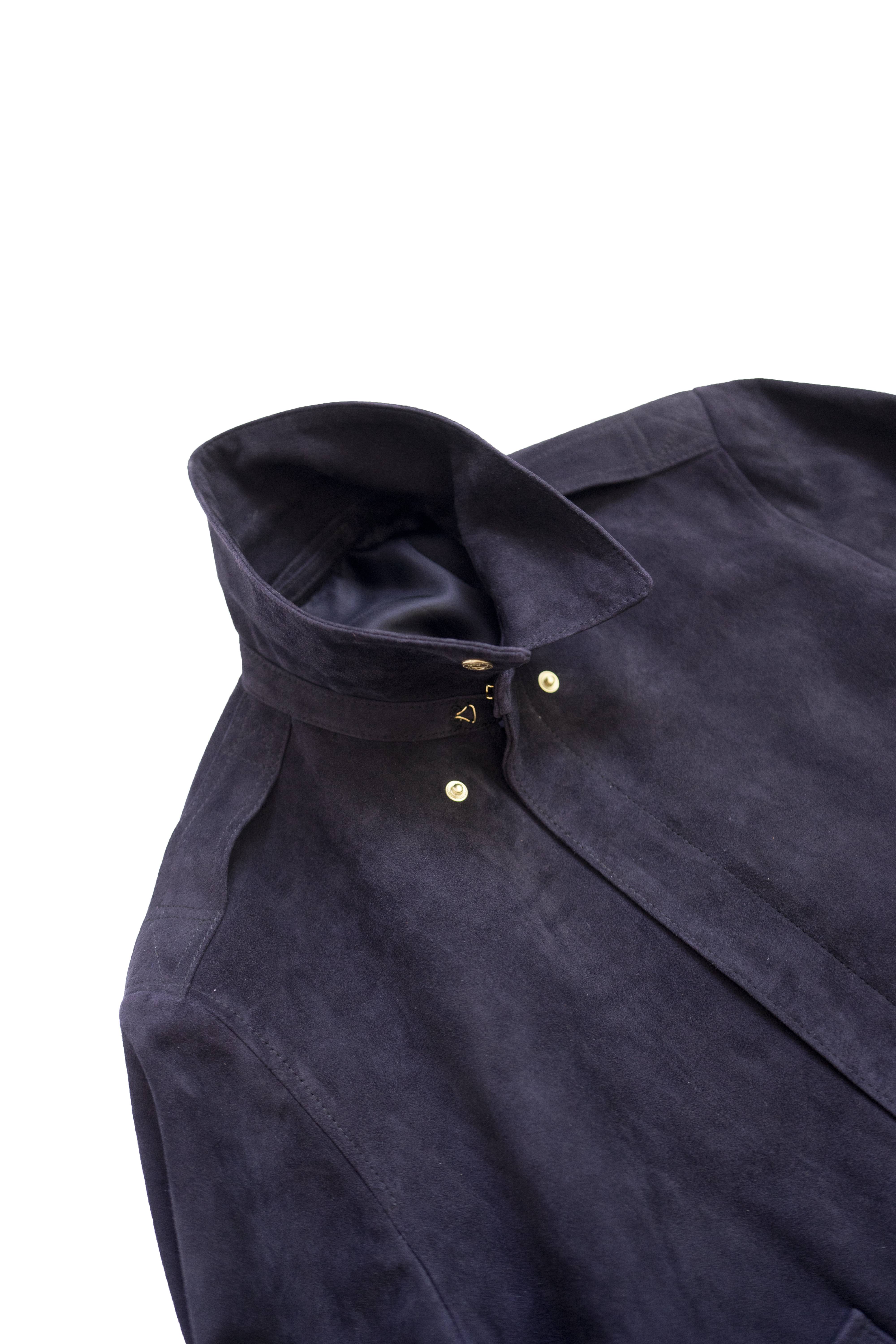 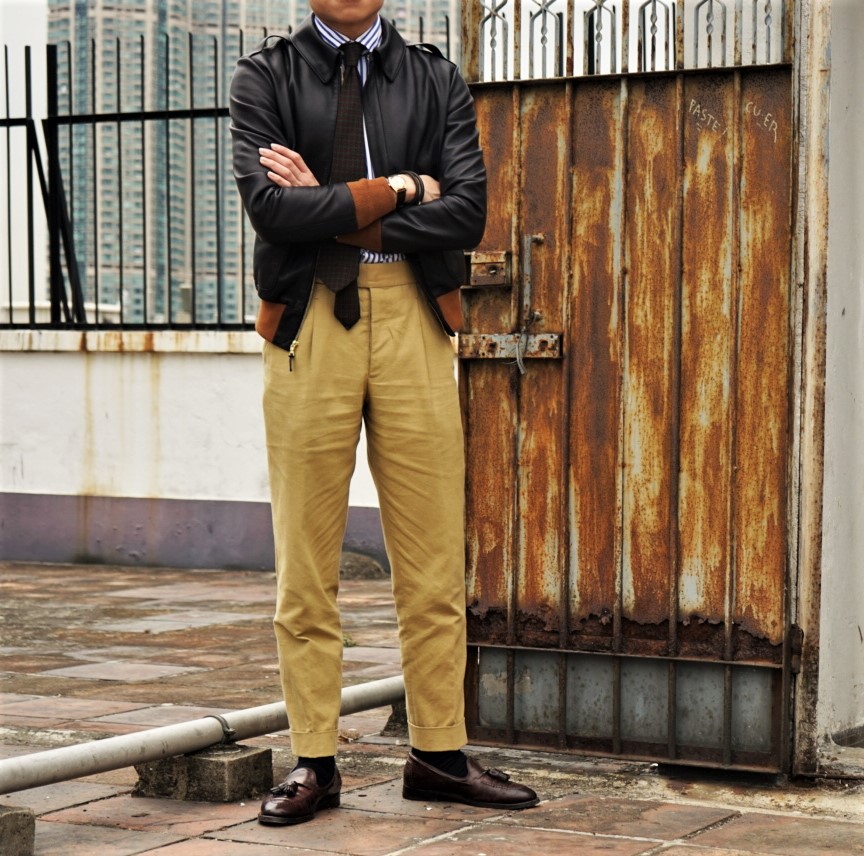 The fit is slim, again going against the bastardization of the 80s, but this isn’t a modern thing; we’re just trying to evoke the debonair silhouette of the pilots of old. Luckily thats where MTO and MTM/Bespoke come in, so we can customize the best jacket for your body type.  You’ll even be able to pick the type of material to make up the A-2, choosing from colors in normal skin leather to luxurious suede. The original jackets were done in variations of “Seal Brown”, but with the power of customization, you can make it anyway you think of. Personally, I like using suede in navy blue or tobacco, as it removes overt military connotations and plants it firmly as a modern menswear piece. 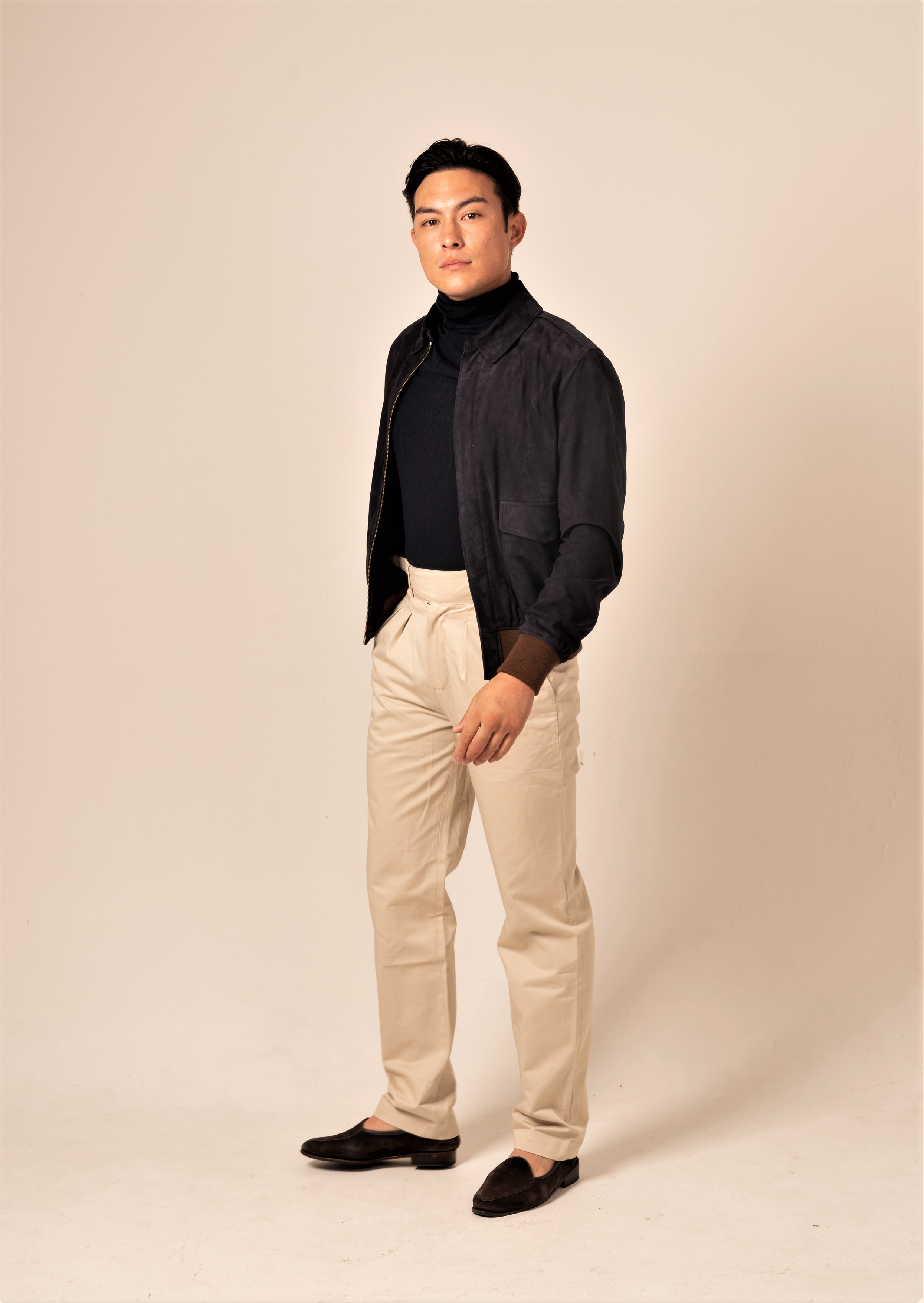 Be sure to note that our new way of doing ribbing will be through leather rather than cloth.  We do this to save on materials as we strive to be environmentally conscious! However if you prefer the regular knit cuffs you may contact us (as well as to discuss more specific customizations in materials and fit) at Info@CraftsmanClothing. 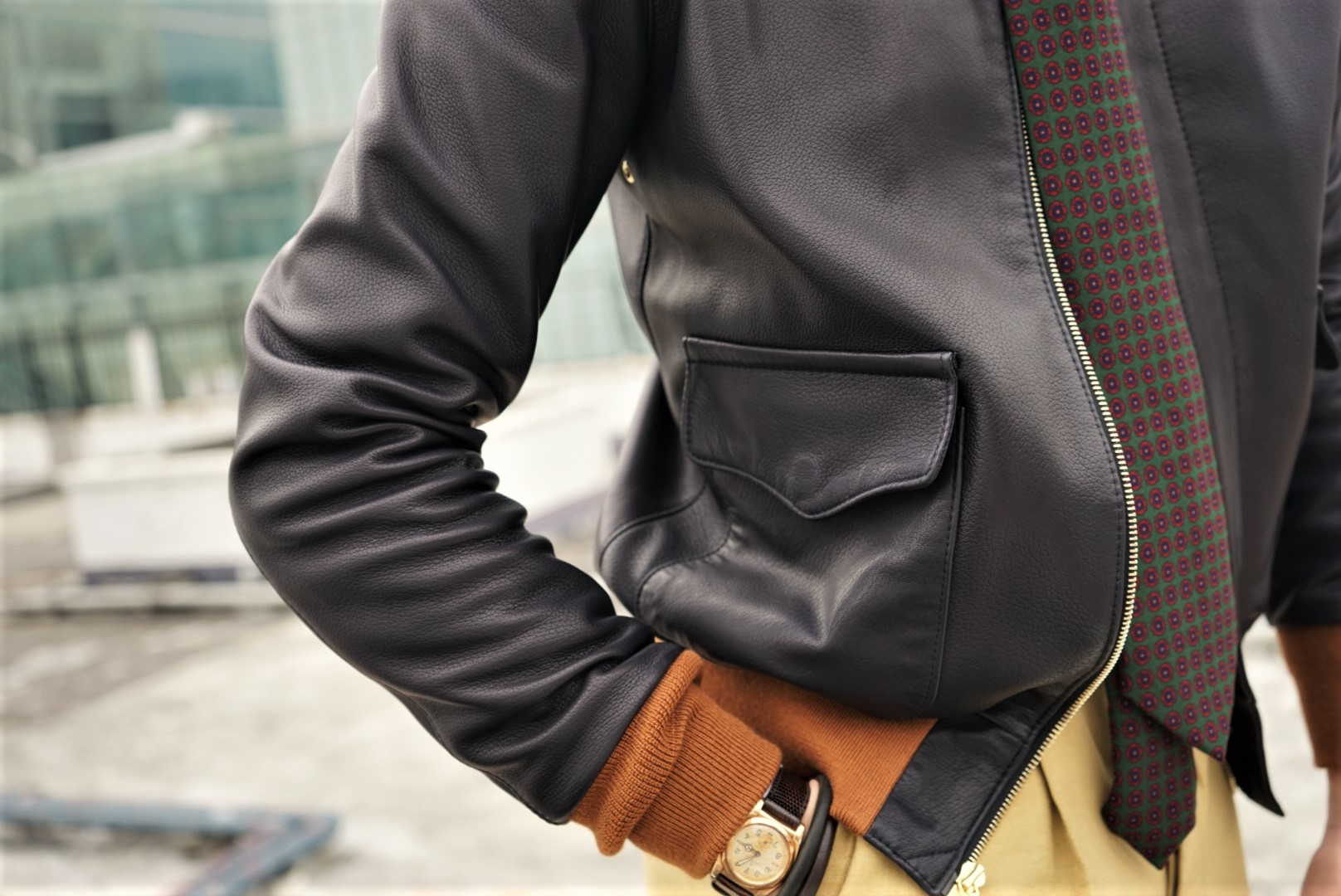 In any case, we’re certain you’ll enjoy the McQueen A-2, whether you’re dressed in your ratty sweatshirt, donned with your well-loved fedora, or simply wearing it as an alternative as a sportcoat.  Because that’s the beauty of a good A-2; it’ll last you forever and will go with everything, as it is simultaneously rugged yet understated. Don’t believe us? Get one for yourself.