We love bringing back menswear oldies for a new audience which is why we’ve resurrected a shirt that made its way from the closets of high-society to the worn-in layers of workwear, ultimately landing as a rare piece only donned by hipsters and “those-in-the-know”.  Well, now you’re going to know all about it: the band collar shirt. 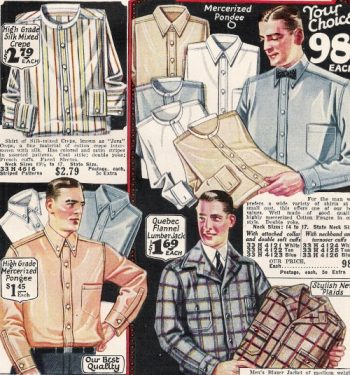 The band collar shirt is a design that actually comes from a mistake. In the past, specifically in the late 1800s and early 1900s, most men had only a handful of shirts.  To counteract this minimalist wardrobe, they actually had multiple detachable collars that were washed and starched as needed. As a result, many early 20th century photographs and illustrations featured beautiful vibrant colored shirts- and bleached white detachable collars. Without the collar, all you had was a shirt with a band at the neck. 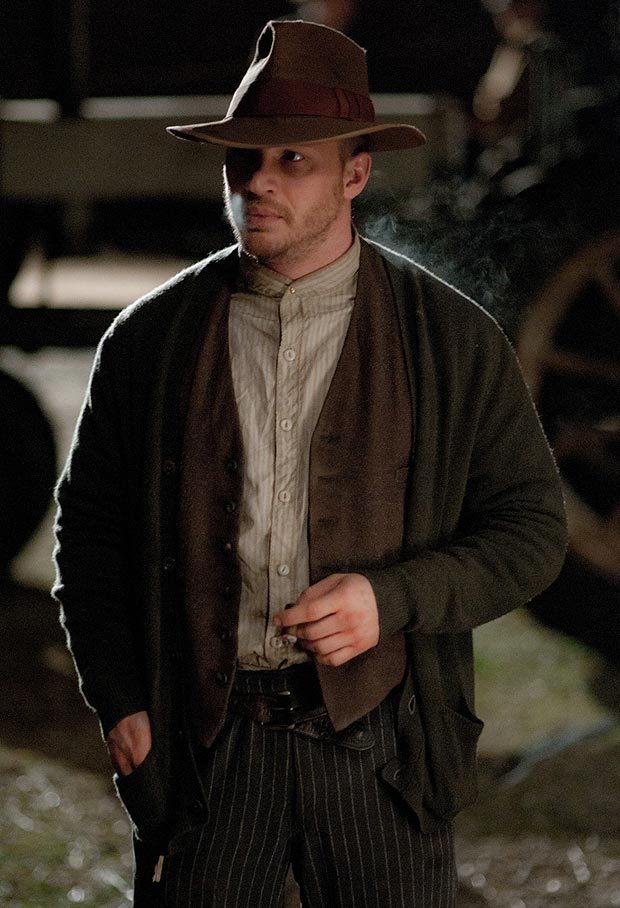 It wasn’t until the 1920s that the concept of attached collar shirts were introduced. By the 1930’s, it soon replaced the band and detachable collar shirt as the main form of men’s shirting.The band collar became the symbol of workwear and the common man, who really had no need for the stiff crisp detachable collars worn by the dandys. There’s something cool about how it exposes the neck, akin to a deep crewneck tee or a henley, while still retaining the same vibes as a formal shirt. As second hand clothing became more popular, the band collar shirt was the perfect piece to throw on and layer with, combining simple utility with an anachronistic, elegant charm. 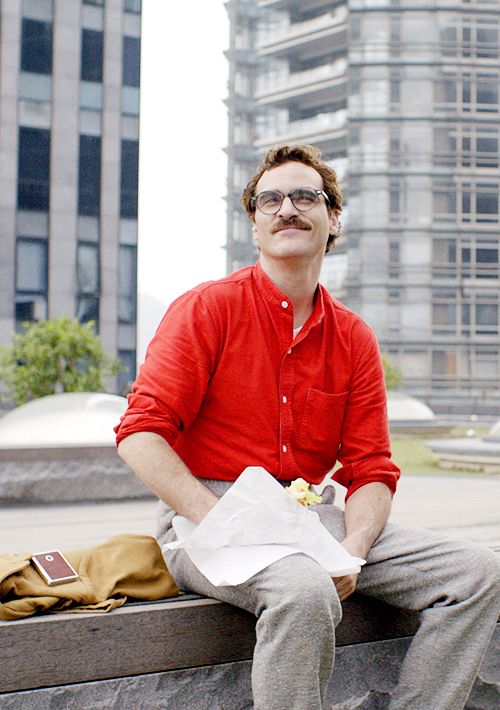 It is that particular mix of qualities that makes us love the band collar shirt. Some agree with us, as the design came into its own for niche menswear enthusiasts.  You can see the style peek its novel head in the 60s, 70s, 90s, and even the 2010s, when it became more of a “hipster shirt”; it was even the shirt of choice for Spike Jonze’s semi-futuristic film Her.  Despite all of this, the band collar shirt never recaptured the same bold vintage charm it had in the early 1900s. So like with most things, we just made our own. 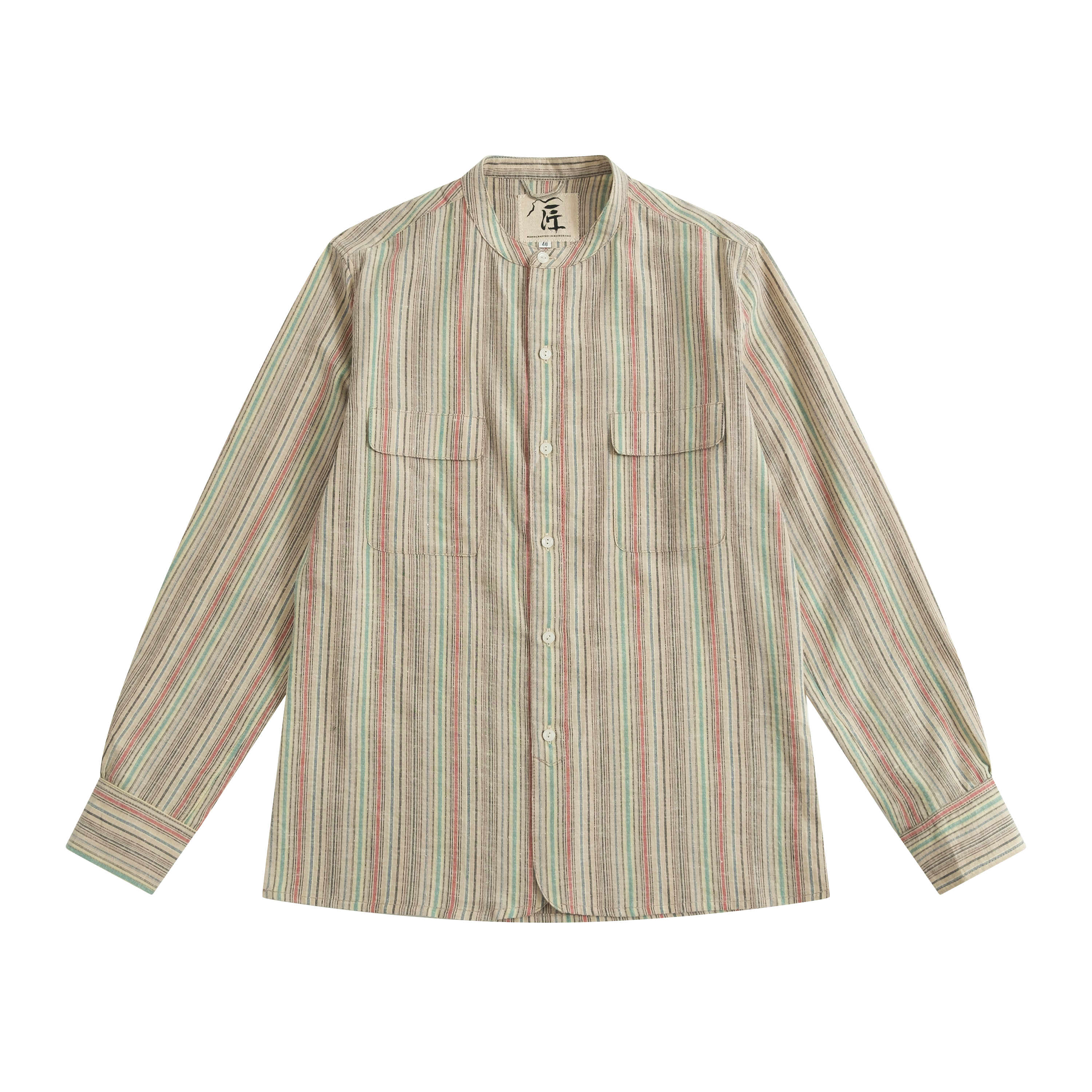 Our new band collar vacation shirt is meant to bridge the gap between workwear and elegant vintage charm by the way of a summer twist. The rounded neck feels so casual and easy, while the full button placket reminds you that it is indeed a normal shirt. It just seems so natural to wear on its own or under any jacket; you’ll have the peace of mind to know you don’t have to fuss with your collar points and if they’re flopping around.  The twin breast pockets are ready to hold your sunglasses when you wear this around the hotel pool. 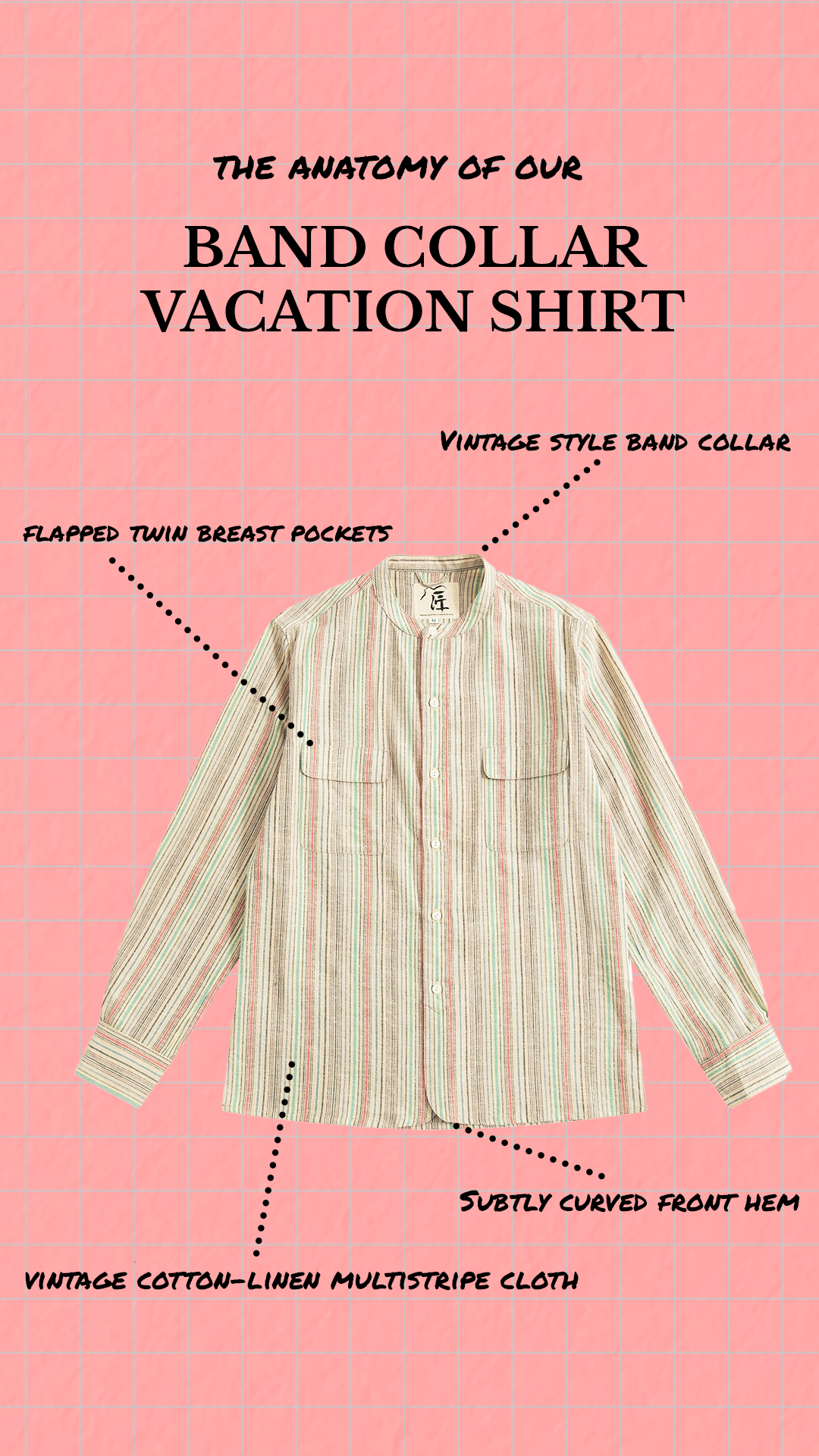 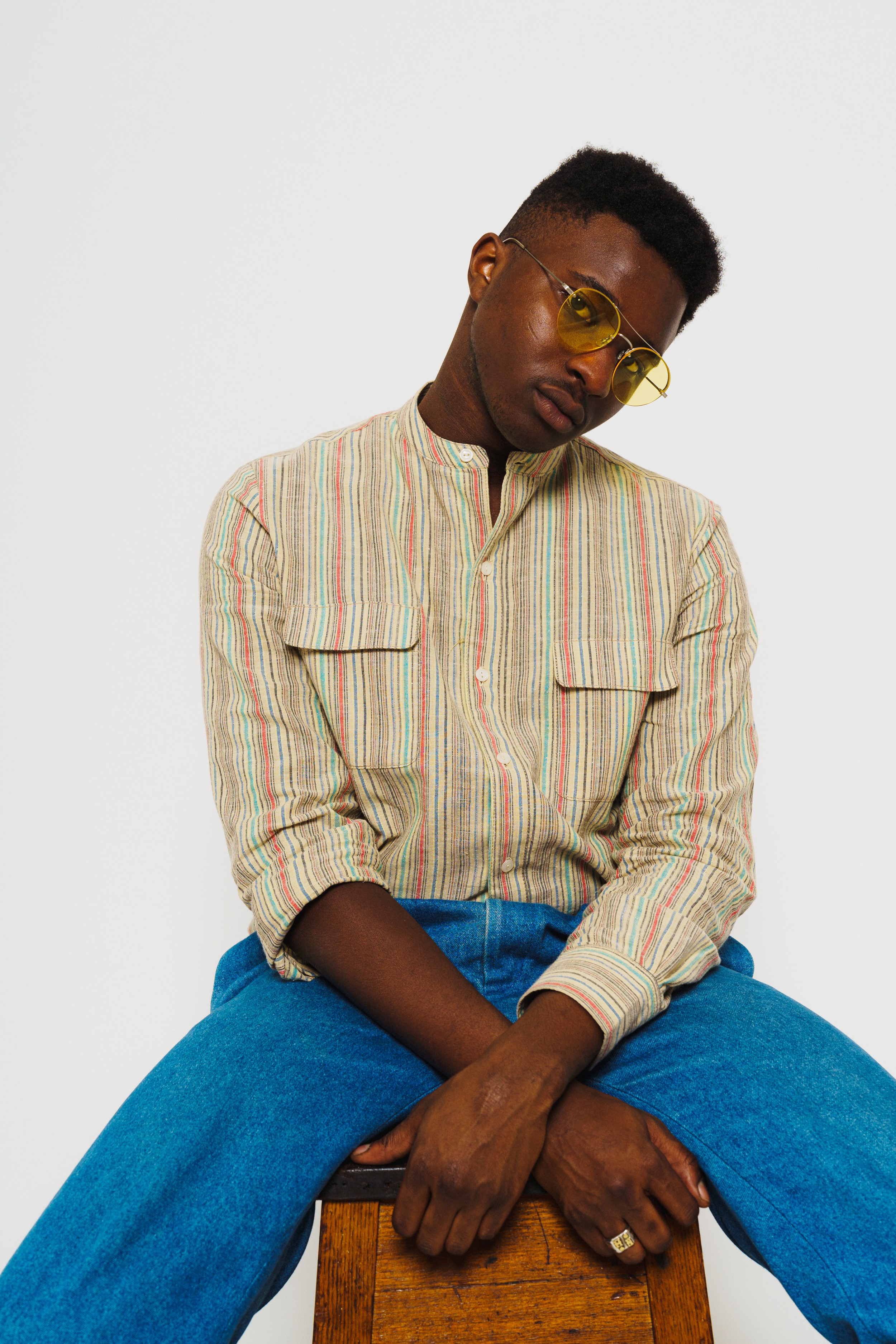 To give this shirt a true high-summer vacation vibe, we’ve cut the old school design from a vintage cotton-linen multi stripe fabric. Not only does it have great texture, but it has a myriad of colors that evoke the aesthetics of a summer afternoon on the shores of Italy or perhaps even a cheeky beach umbrella. With our use of melange for our De Niro M-65 Field Jackets and gurkha shorts, this lovely burst of color should come as no surprise.

The rainbow multi stripe features hues of blue, red, and green against a tan backdrop, which makes it much more palatable for a discerning dresser. We also produced a blue-cream stripe for a cooler alternative. 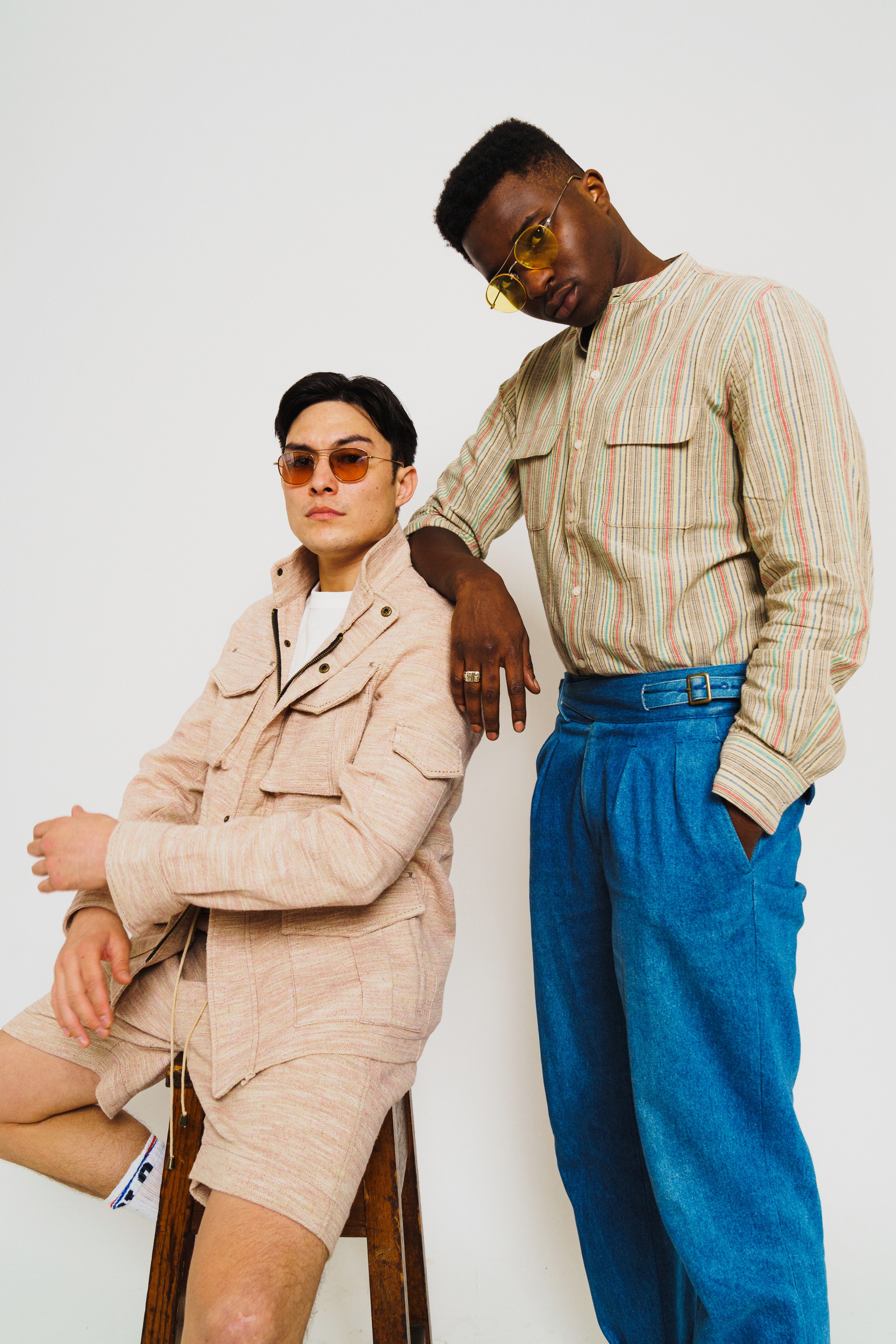 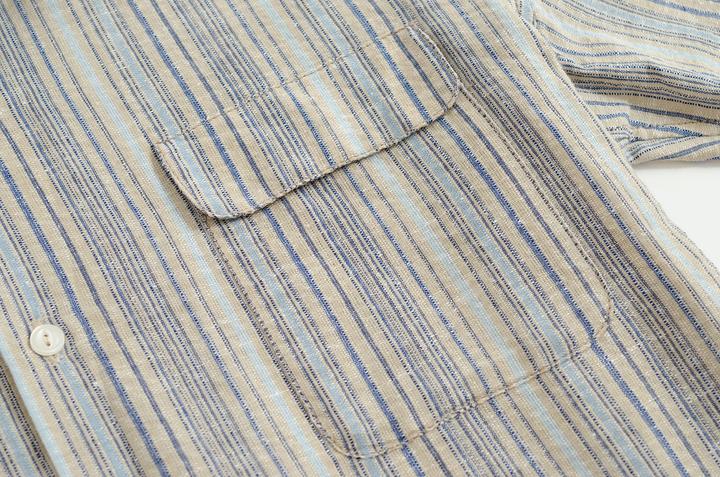 The new band collar vacation shirt is bold yet ultimately versatile, able to be worn with chinos to our famous stonewashed denim gurkha pants. You should expect no less from Craftsman Clothing. Grab yours now to live your best summer life and then wear it again and again.