We love our style icons here at Craftsman Clothing. Whether it’s Bruce Lee or Steve McQueen, they provide us with plenty of inspiration on how to approach menswear in a unique way that is masculine and classic at the same time. But this time, we’re going to celebrate someone else- you, our clients! 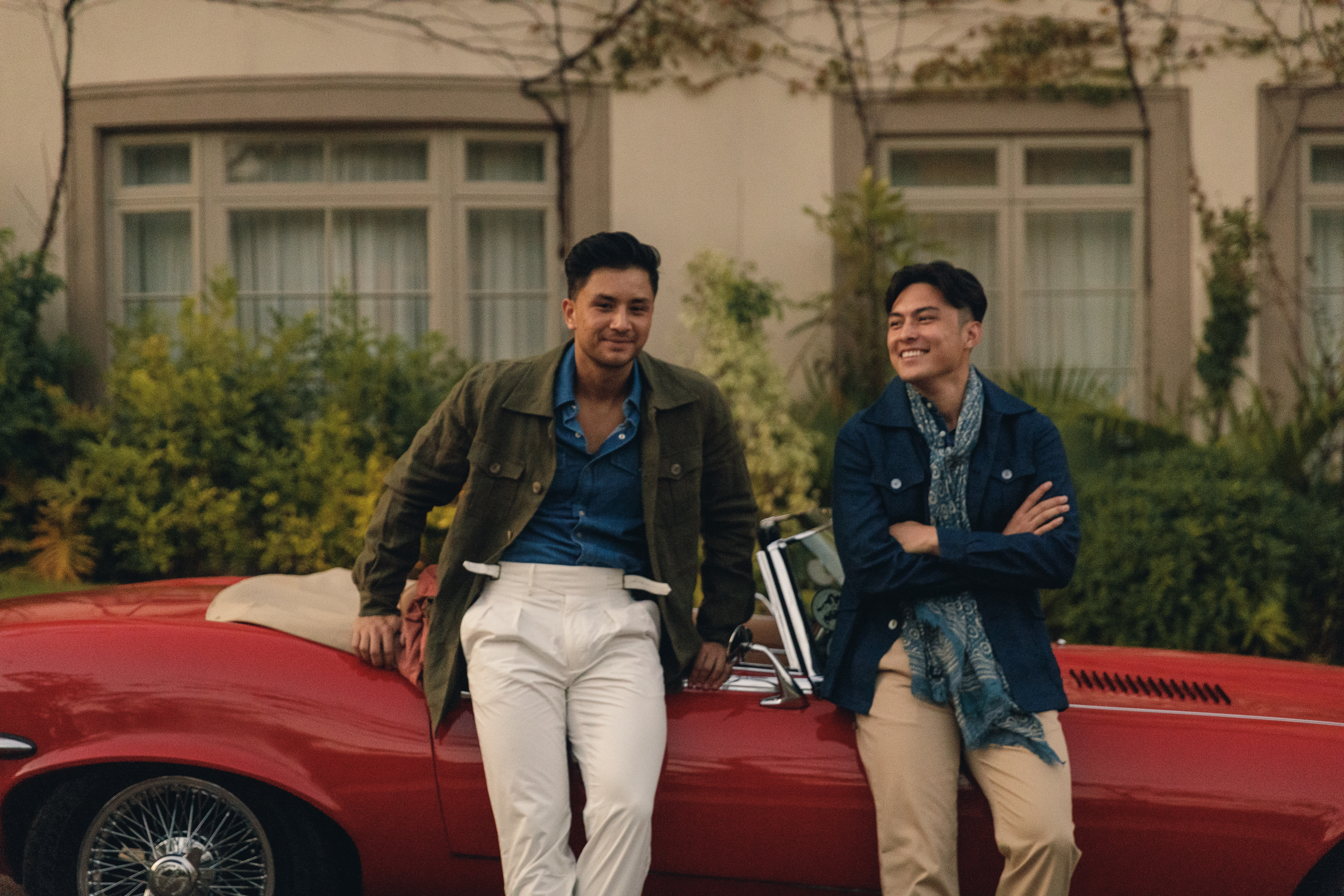 In most of our content, we use models to show off our iconic MTO suede jackets and gurkhas. You can’t deny how useful it is, since it provides us an opportunity to control over the shoot, specifically how to style the model and the environment (we love to shoot indoors and outdoors). But the truth is that clothes don’t exist in a vacuum.  People who buy clothing have their own style and ideas on how to wear our products. And that makes us happy; the true benefit of classically designed menswear is that it gives everyone an opportunity to take versatile garments and apply them in a variety of different ways.


And so on our Instagram, we always encourage our customers to tag us when they wear our products for a chance for us to feature them on our feed! That’s the focus on this article, for us to celebrate and share some of our favorite outfits so far! 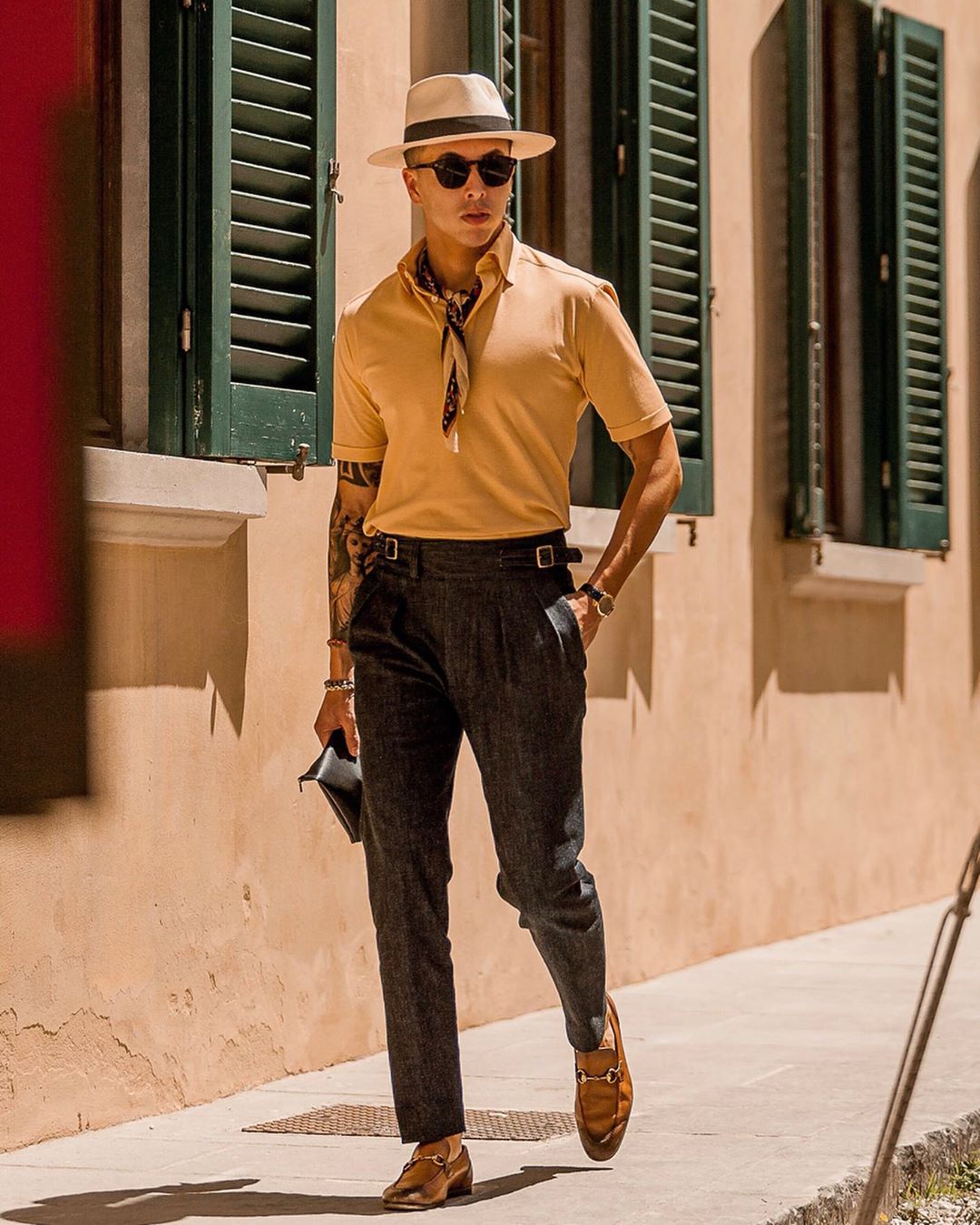 We start the article with Blake Scott, who is one of Instagram’s most stylish menswear influencers. He’s an incredibly versatile dresser, making combinations we don’t even think about until we see him do it! And this outfit, worn during high summer, is quite fitting of his prowess.


With our dark denim gurkha trousers, he plays into a subtle contrast, wearing a yellow polo shirt and a rakish neck scarf.  It overall has a very relaxed vintage Italian feel (we believe it was worn during Pitti Uomo)  which is emphasized with loafers and a wide brimmed panama hat. Normally these denim gurkhas are done with higher contrast (white tees or henleys come to mind), but that’s why Blake is on this list; he does something interesting and incredibly stylish. 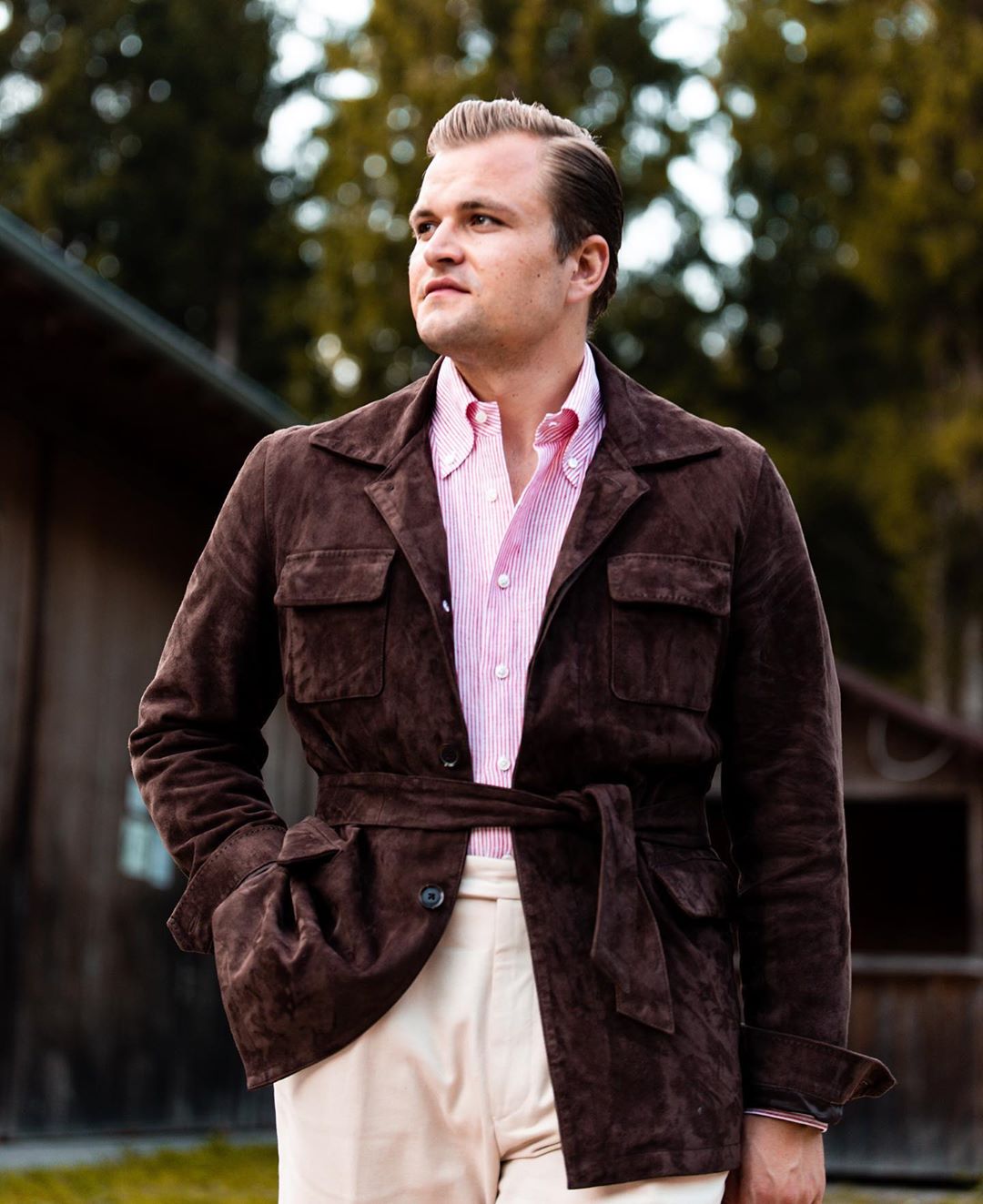 Our friend Will also likes using our products in unexpected ways. He’s a big fan of his custom Rakish Safari we made for him in brown suede and he’s been wearing it quite a bit! Will’s style is also diverse, but he certainly prefers to keep things on the tailored side, which makes for an interesting watch.


For most tailored guys, a pink striped OCBD and cream pleated trousers call for a traditional navy jacket, but Will does something different: he puts on his safari jacket.  Wearing it over those preppy separates gives the entire look some edge, which is perfect for the increasingly casual world we live in.  However, we’ve come a long way since the safari jacket’s first introduction and we certainly aren’t wearing it to go disco dancing. With a good fit and a soft brown suede, it’s going rakish.


And don’t worry; it looks even better with a tie.  Who would’ve thought that a safari jacket could be casual and formal?  Well, we did, which is why we designed ours that way! 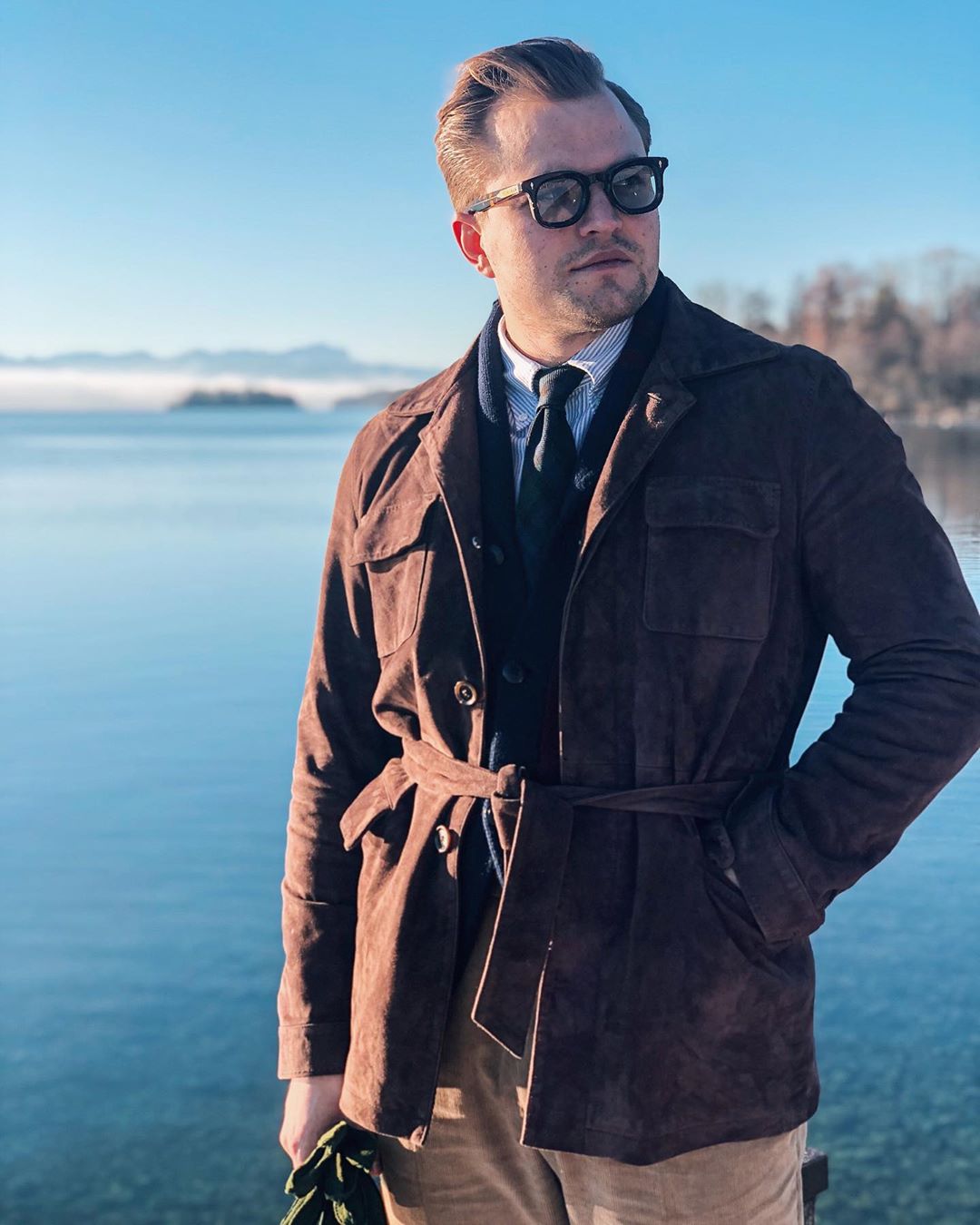 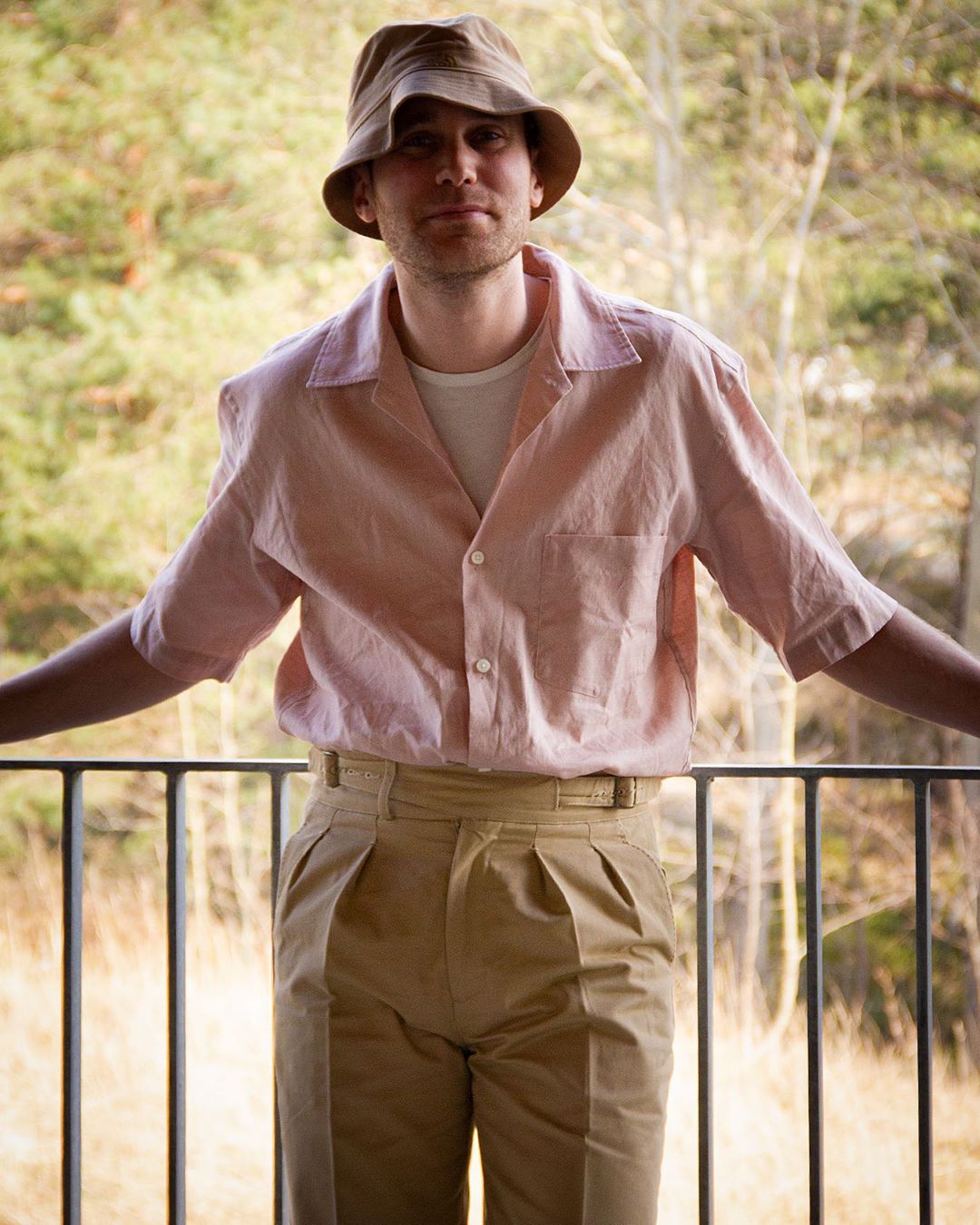 Up next is our friend Jonathan who is not only a loyal customer, but the man behind Gabucci, one of the top independent menswear stores in Stockholm.  Like Will, he takes a lot of inspiration from classic tailoring and definitely leans into the “old man” vibes, which makes for a lot of outfits that we could only dream of.


The outfit above is no exception. He wears a camp collar shirt with a bucket hat! It’s an epic move that many other guys in the menswear space would be hesitant on wearing. To him, he has no visible qualms with it and even rocks it well! I believe that regular chinos would’ve been too basic, which is why we’re happy he decided to go with our khaki gurkha chinos. The extra details in the waistband and pleating make for a much more intentional look. 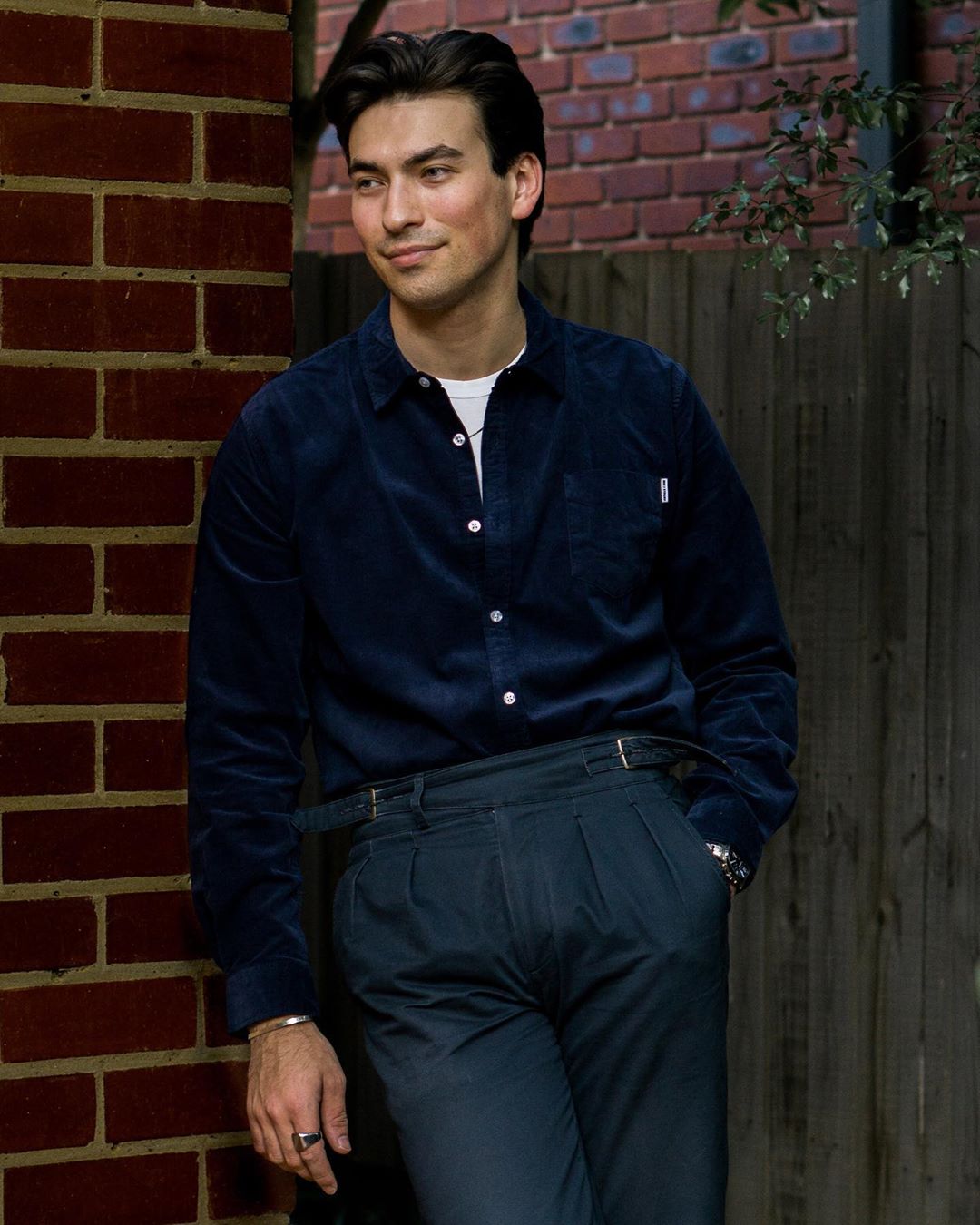 Next, we have Eric Boesten who has been a faithful customer of Craftsman for a long time, purchasing both our jackets and our trousers. This outfit of his is absolutely stellar, as it uses our navy gurkha chinos to great regard. Like we said in a previous article, navy is a color that has typically been used for business wear, so it’s a nice surprise to see it dressed down! Eric evokes those formal vibes with not only our gurkhas but with a soft navy corduroy shirt. The monochromatic look is sleek and streamlined, but still very approachable and casual. 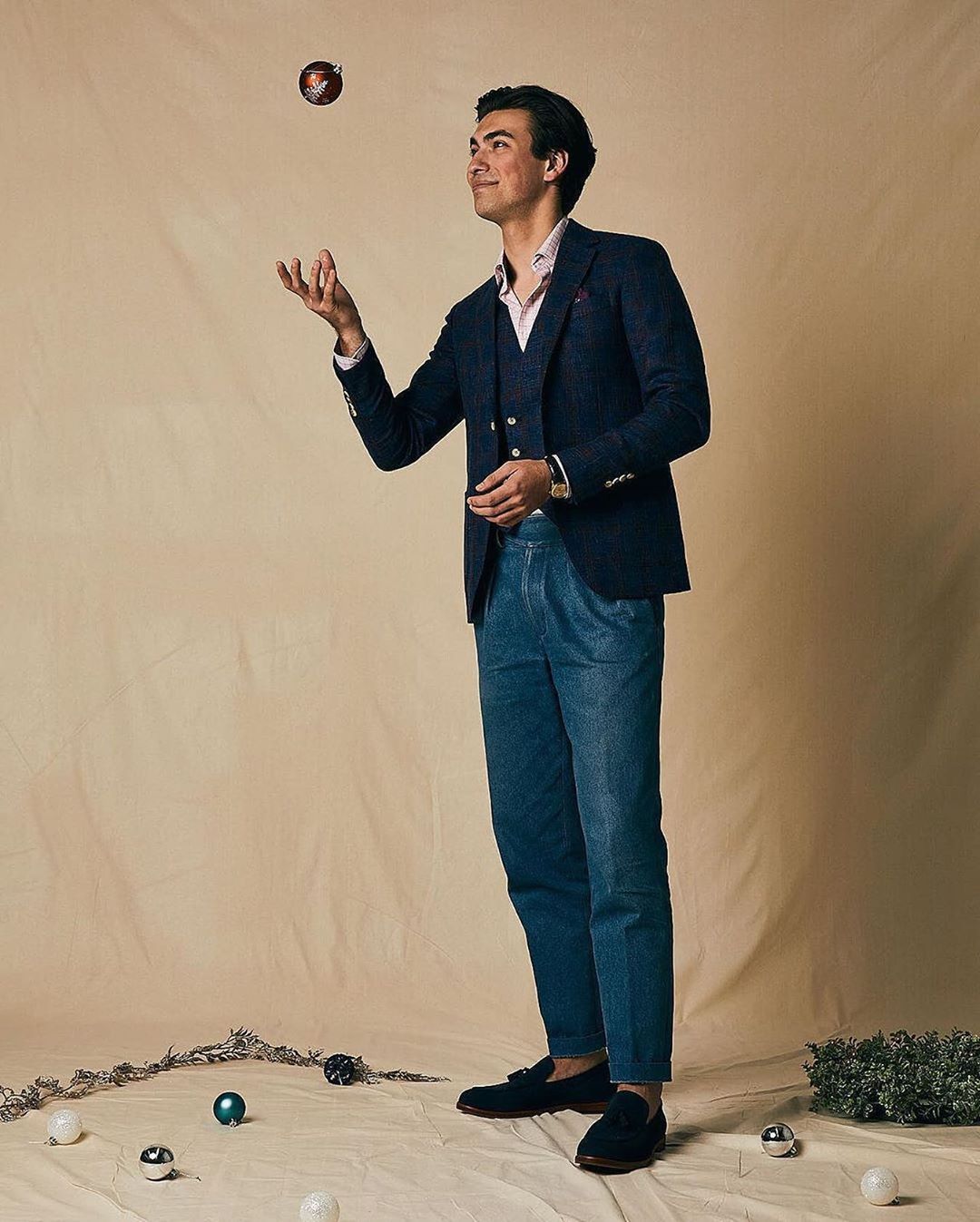 The next one is just masterful. While Will uses the safari jacket in place of a sportcoat, Eric actually trades traditional trousers for gurkhas.  And not just any one of our gurkhas mind you, our special Japanese stone washed denim.  These denims evoke the vintage lightwash Levis of the early 90s, so they are an unexpected take when worn with tailoring, in which people typically opt to wear dark indigo denims.  With our stone washed gurkhas, it’s a literal mix of jean and trouser that is unexpected.  We haven’t worn ours with tailoring yet, but we’re certainly inspired by Eric. 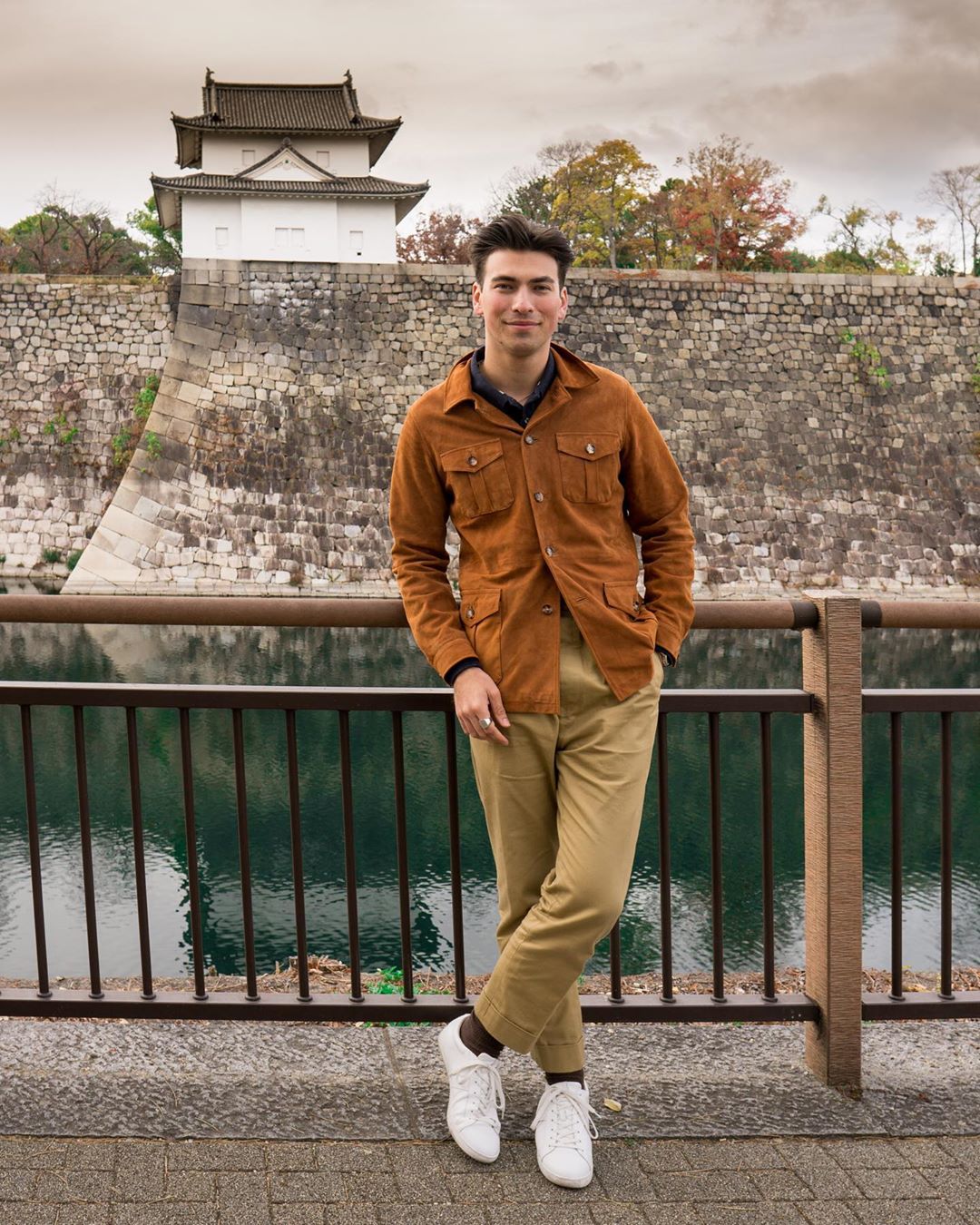 We also love it when Eric does some great brand synergy and wears Craftsman with Craftsman. Here, taken on his trip to Japan, he goes back to his trait of monochromaticism, but with browns instead of navy.  It’s such a great outfit, especially considering safari jackets were either worn with hunting gear or disco shirts, depending on what era you look in.  Eric provides proof that nowadays, a safari jacket (and gurkha) is right at home with a nice polo shirt and white sneakers.   And yes, they’re perfect to travel in.


Maybe he’ll have to bring us with him to Japan so we could have a proper lookbook shoot there! 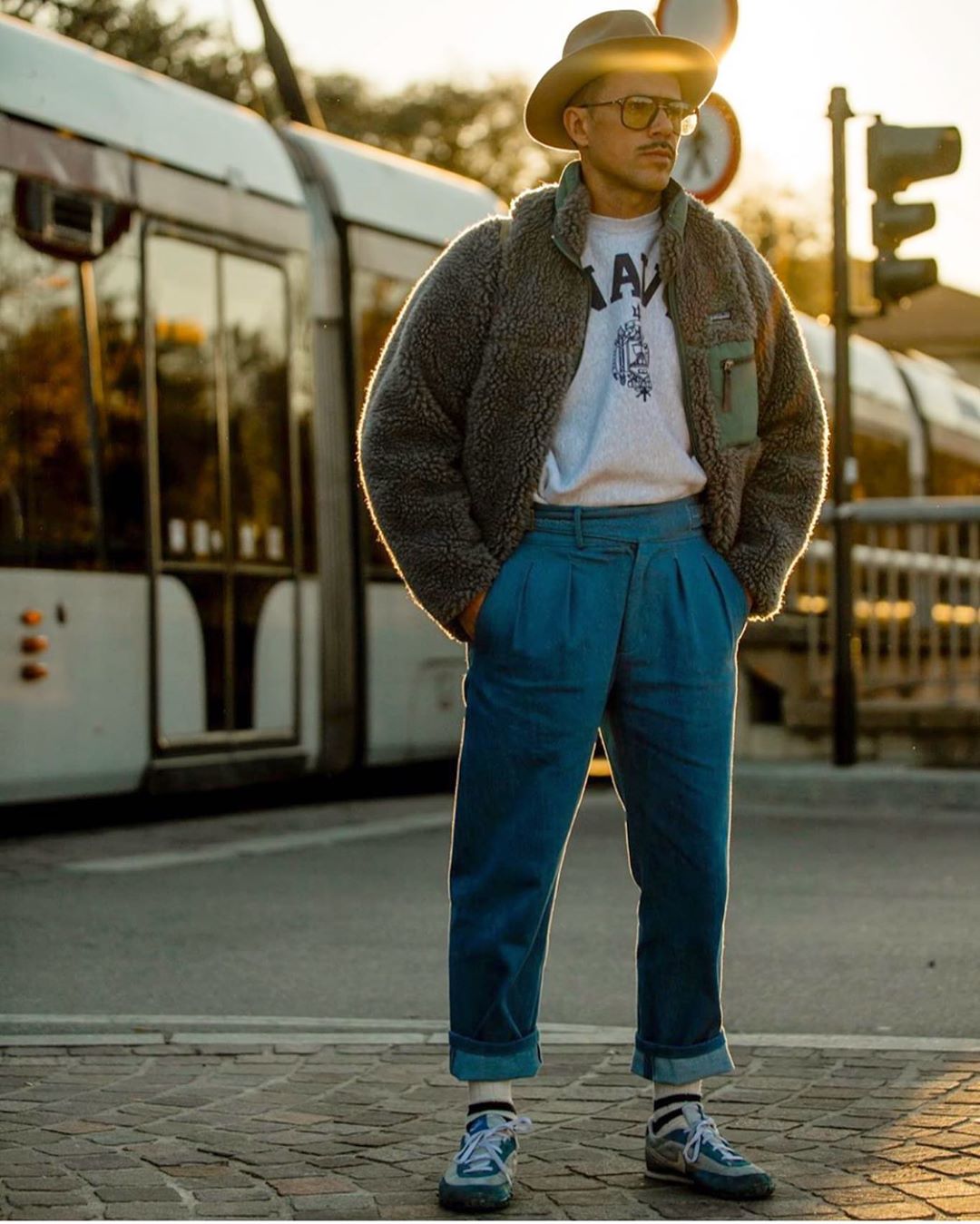 Lastly, we have this epic picture of Ricardo at Pitti Uomo, taken by the talented Robert Spangle. This outfit is totally different from anything we’ve featured in this article or on our feed, but we love it all the same. The stonewashed gurkhas make their return again, this time not worn with polo shirts or sportcoats but with a US Navy sweatshirt and fleece sweater. It’s a new combination, especially with the trainers, and still very cool. If you didn’t think that Craftsman Clothing could be worn with streetwear, you’d be wrong.


As you can see, our customers are all very stylish people.  We love sharing them and what they do with our products, because they wear them in fantastic ways that we haven’t even thought of!  Things like safari jackets and ties to even slick monochromatic looks. So please, keep posting and tagging us when you wear Craftsman Clothing. I just know it’s a great source of inspiration for everyone following, whether it's our audience or even our team here.  We love you guys!