We can talk about A-2s and G-1s all day, but when it comes to the OG flight jacket, we gotta go back to the beginning. And that means diving deep on the A-1, the first real American Flight Jacket. 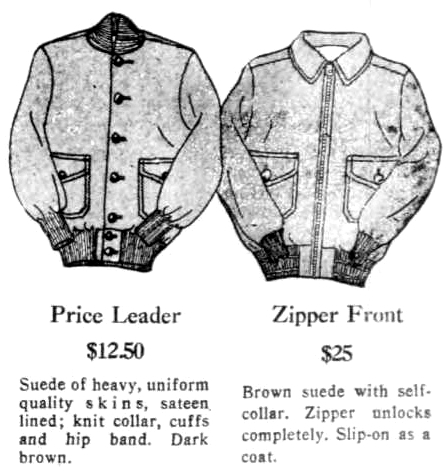 By now you know that leather jackets were the item of choice for pilots back in the day.  Cockpits were cold, full of metal, and barely had any form of true insulation, which meant that fly boys had to wear something to keep them warm! Early aviators wore barnstormer jackets, made of heavy leather and lined with incredible shearling; this was later adopted for the B3 and B6 jackets for high-altitude bombers. As we approached the late 1920s and early 1930s, planes got a little bit better, so all that was needed (apart from your uniform) was a good leather flight jacket. And so the A-1 was born. 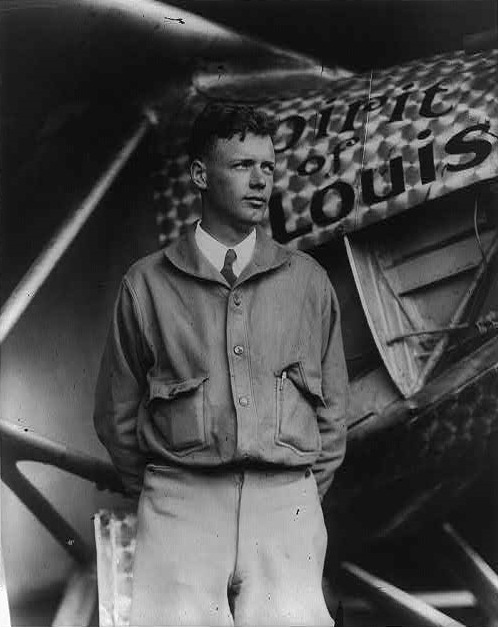 Like most jackets of the era, the jacket was cut short because it was meant for high waisted trousers (which all pants were back then). The fit was rather trim, to allow for warmth and maximum movement when in flight, which future jackets retained.  As was the case with the A-2, there was a bit of variety with the A-1s offered, mainly in the form of differing leathers like sheep, goat, or horse.  Suede varieties were even available for civilian models! However, the other details were largely the same from maker to maker. 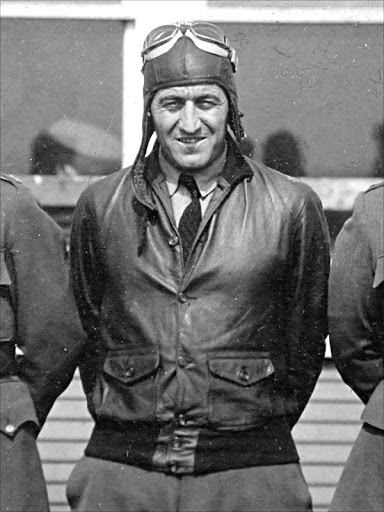 The A-1 would have knit ribbing on the waistband and cuffs (again for insulation) but also featured a ribbed standing collar, that would fasten with buttons; think of it as similar to the collar on a Baracuta G-9.  Pockets came in the form of flapped patch pockets that closed by button for firm security. As zippers for jackets were more widely used in the later years, the A-1 is unique in that it relied on buttons for the front closure, resulting in a rather antiquated but rakish look.  In fact, that old school vibe is exactly the appeal of this jacket and why we’ve brought our own spin on it for our custom program. 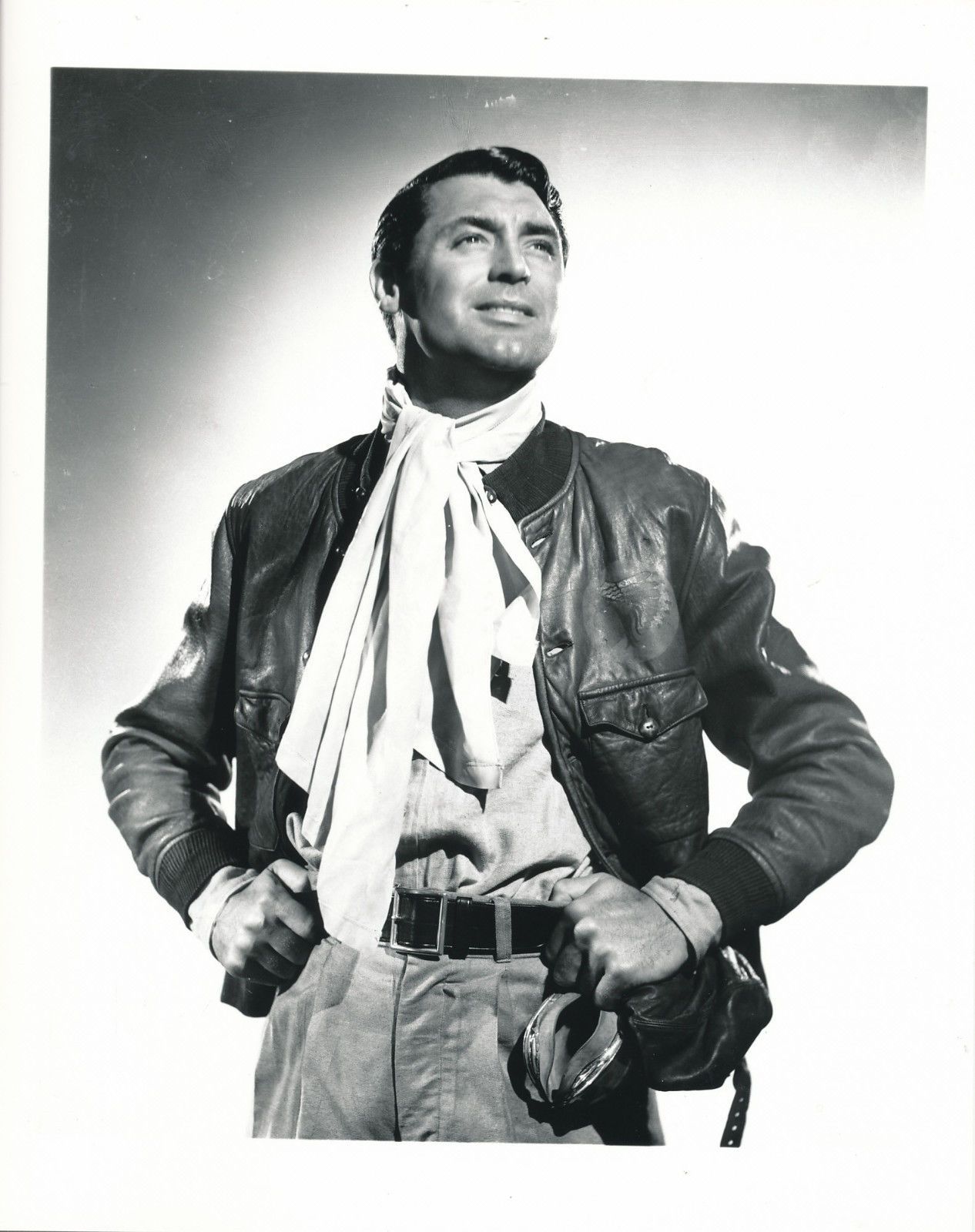 Our Grant A-1 Blouson is named  for when the leading man himself wore one in the film Only Angels Have Wings.  We used original A-1s as a template when developing our jacket, updating only a few things to fit in with the modern gentleman’s lifestyle. The main difference is in the pockets. To differentiate them from the similar pockets on the A-2, the A-1 uses a reverse box pleat. This is done to allow the pocket to expand, ready for the ever increasing size of smartphones or a fat wallet for a good weekend. 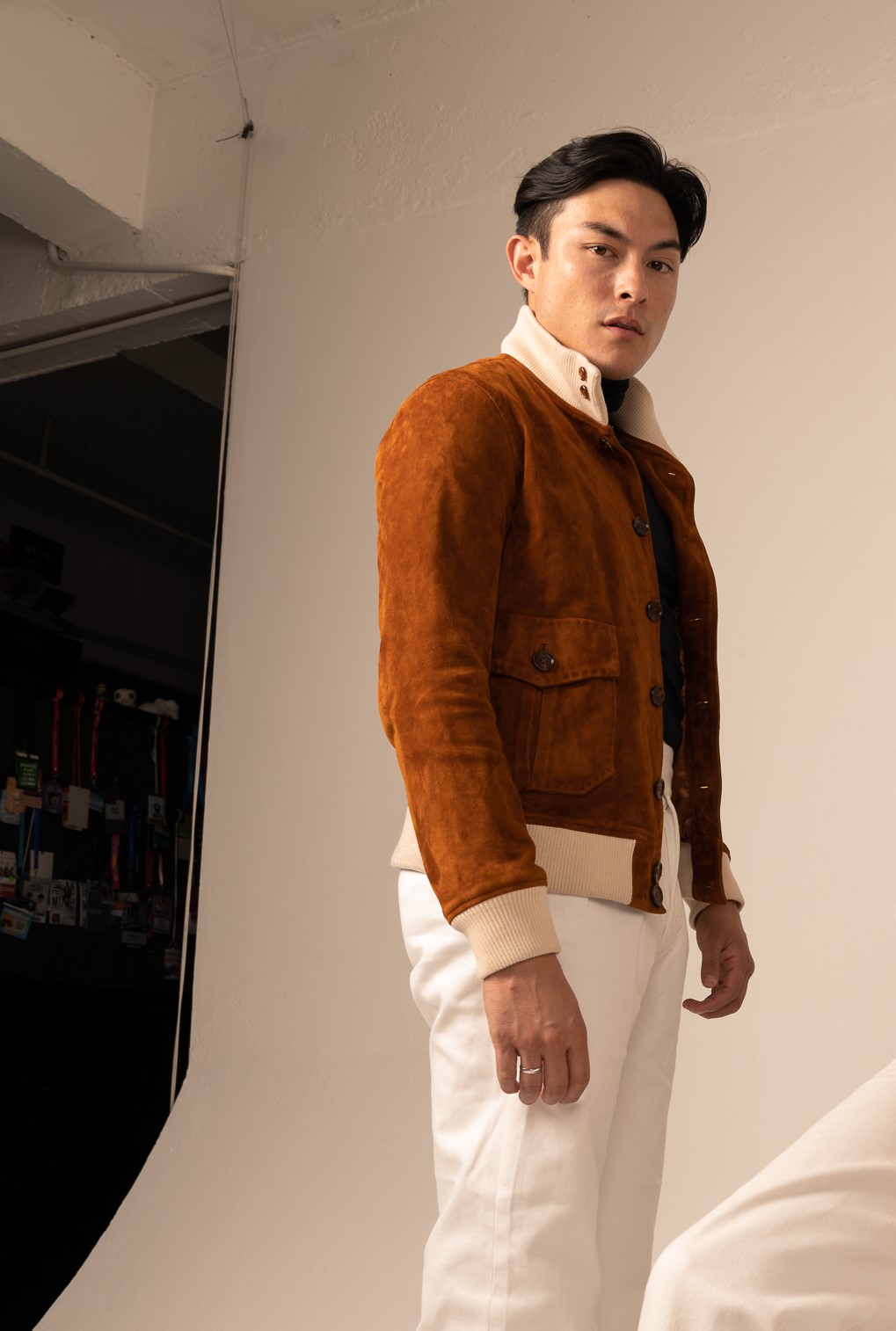 After picking your size, it’s up to you to pick the material.  Suede is an elegant material and our favorite choice, as it’s a leather that is just more refined. Tobacco or brown suede helps exude the browns of the original A-1s, but if you’re feeling daring, a burgundy or a navy are great options too! We can also make them in regular skin leather, just be sure to send us an email and ask. 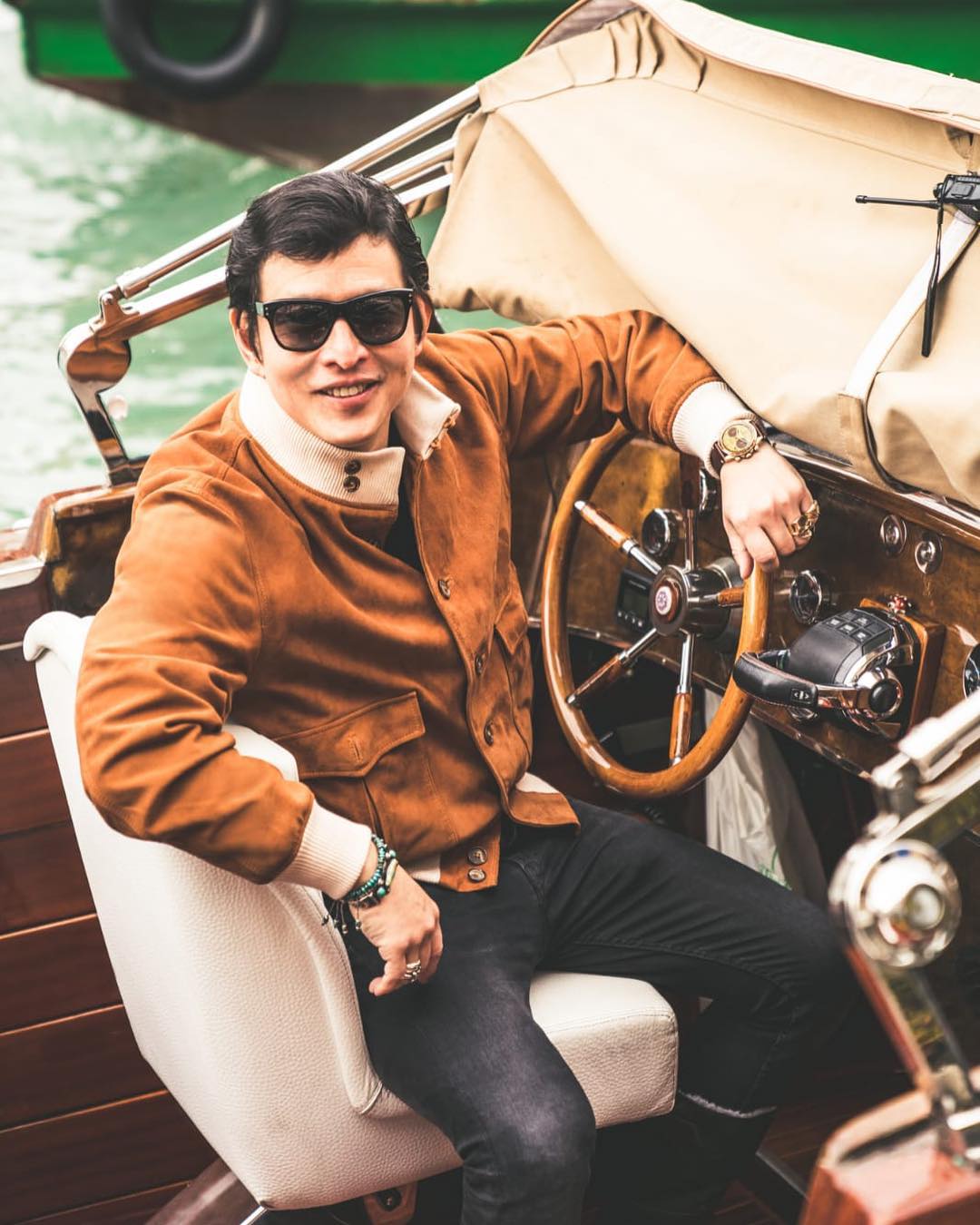 Our friend Wei Koh, founder of The Rake, in a custom Grant A-1.  Fantastic with black jeans! 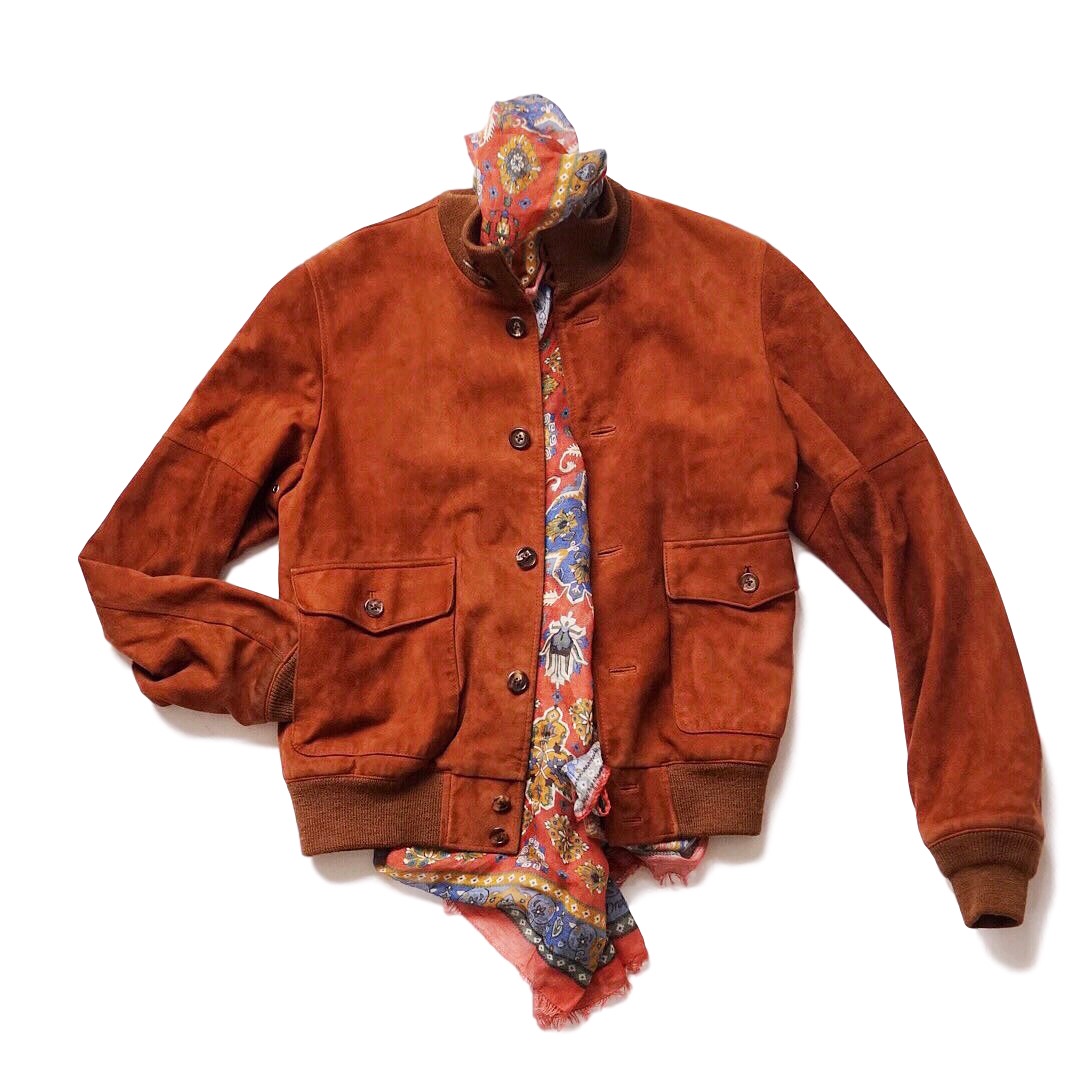 The styling options are endless, as is the case with all of our offerings.  I like the idea of leaning into the pilot aesthetic by using khaki gurkhas, a chambray shirt, and accessorizing with a cream scarf. It’s a literal flying ace worthy look! If that’s too much like cosplay, you can always go with a fun patterned scarf to exude a similar-yet-different vibe.  It even works well over a spread collar and tie, for you business men who don’t feel shackled to a navy blazer as your only option. 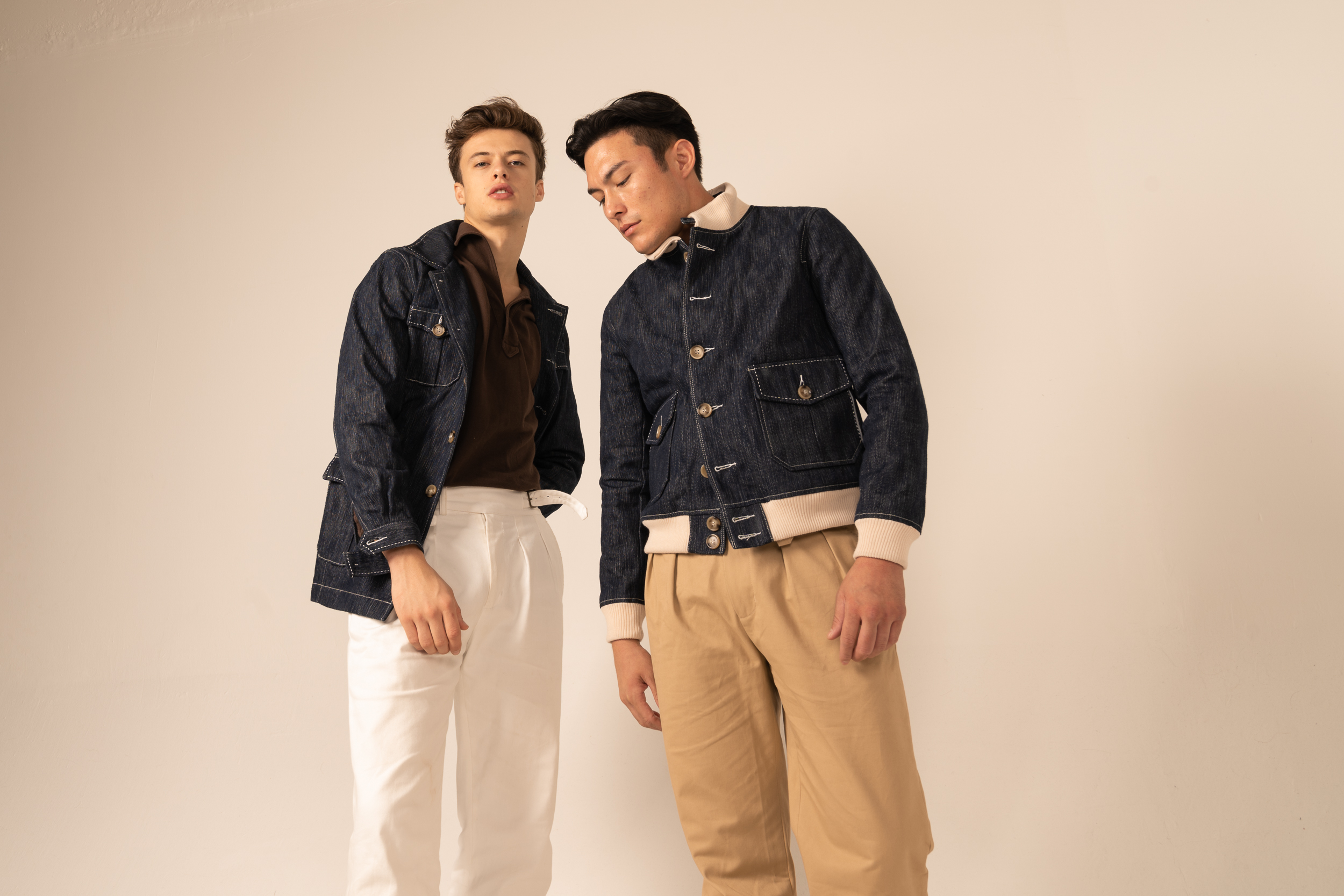 Denim is a very bold option that works with this classically designed jacket.

So grab and customize an A-1 for yourself. It may not be as midcentury as its A-2 or G-1 brothers, but that’s why we like it. With its button closure and generous ribbing, it has an old school charm that is perfect for your inner rake.  When you bring it into the 21st century, you’ll be ready to turn into the Flying Ace you’ve always wanted to be, ready to soar high above the jealous dudes who have yet to cop a jacket. 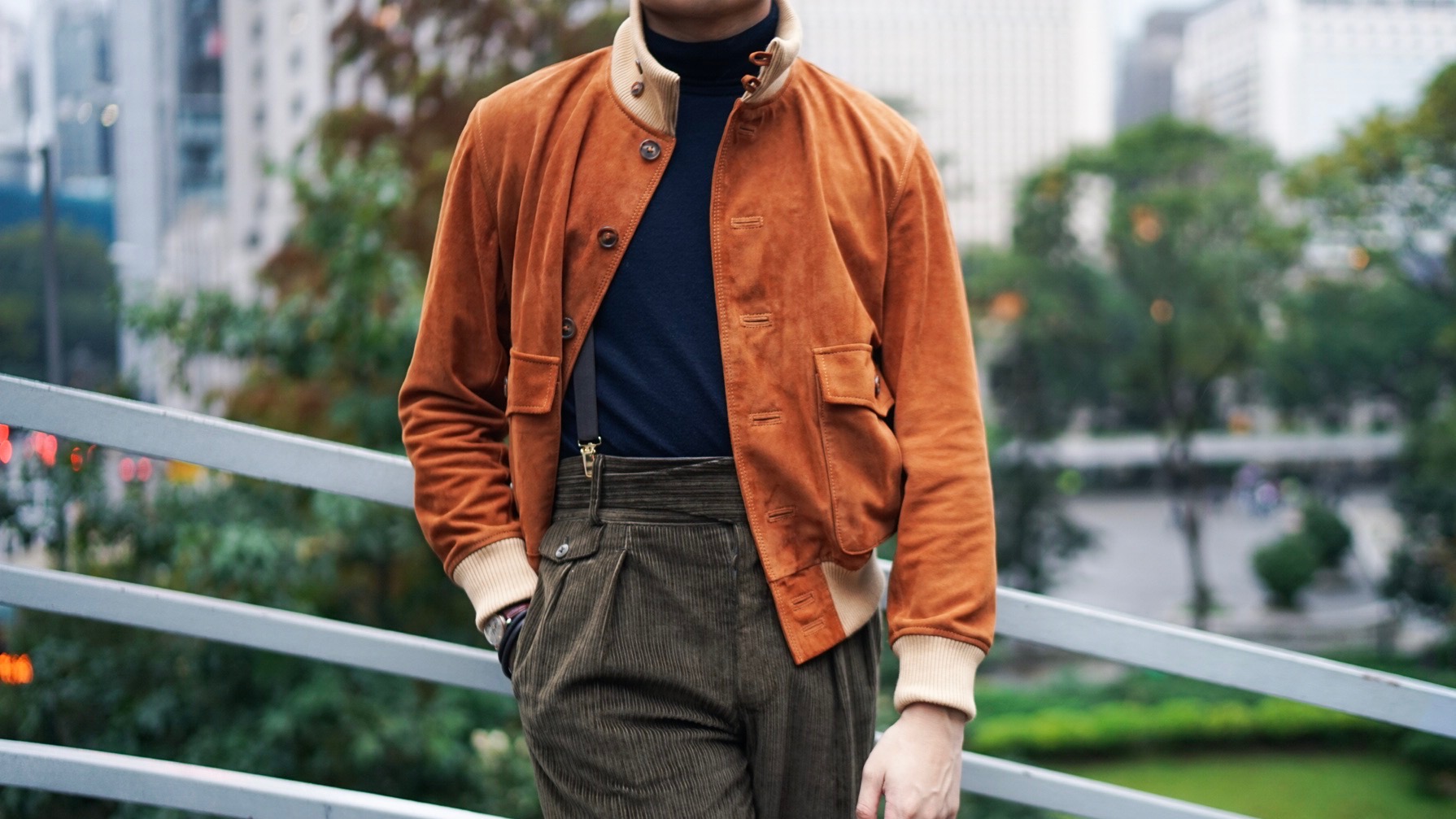